How the 2018 Indycar will change the Indianapolis 500

The high-speed chess game era of the Indianapolis 500 looks set to be ended by the 2018 Indycar, with its subtle differences set to put greater emphasis on driver skill

In 2017 the manufacturer aerokits were frozen ahead of the following year's revamp, which made preparations for the Indy 500 a lot smoother as the previous year's data was still relevant.

But this year has been a complete U-turn, with overtaking and drafting being experimented with right up until the last day of practice.

The consensus is that while the superspeedway aerokit has lowered downforce, the increase in drag has changed the game.

Rather than endless overtaking, it's more likely that set-up will be geared around making a car work across a full stint.

"With the lack of downforce this year I'm not expecting to see the race like we've seen in the past, and we're going to have our hands full."

That's a sentiment widely shared across the paddock. The leader is now creating a sizeable tow, with the drivers further back having a much harder job of overtaking.

"At the front, you can pass better than last year, the draft is so big," says Will Power. "As you get back in the pack, it's a little harder.

"It's understandable. The car punches a hole in the air and you lose a lot of downforce.

"I felt like last year was the same with the other car. When I was back in the pack, it was really hard to get by people." 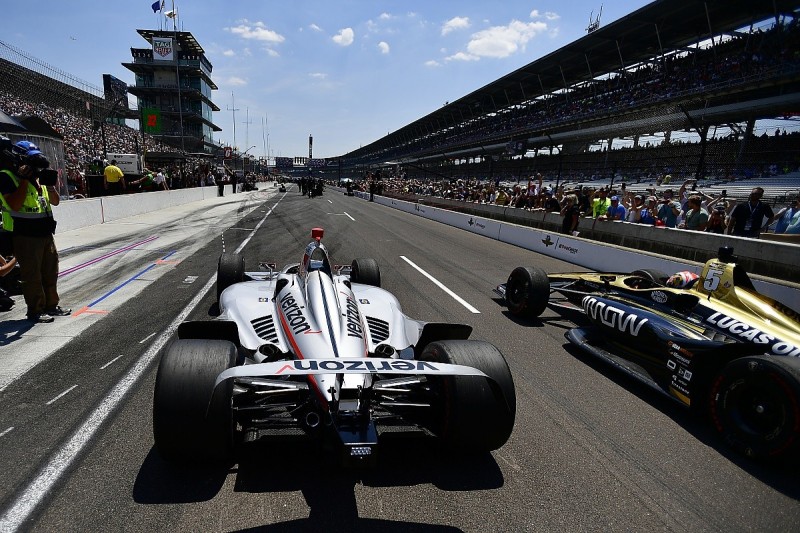 But where the difference will be at its most pronounced is in tyre management, with drop-off at the end of stints likely to put emphasis on track position and early passing in a stint.

With stints expected to be around the 30-lap mark, Power reckons the car will evolve throughout.

"The car goes through a whole phase," he said. "There's too much push [understeer] and then you adjust, the front works pretty good for a couple of laps, and then you get loose [oversteer] in, so you adjust for that.

"Then when the fuel comes down, the tyres come back a little bit and you start to be able to go faster.

"It's been hard to get the balance to be honest, and everyone I've spoken to is in the same boat. It's very tough to get this car in the window, simply because it's new."

One area that drivers are expecting to remain the same is the famously chaotic restarts.

"[It will] probably be similar to last year, the tow is very strong," says reigning IndyCar champion Josef Newgarden.

"The draft of the car is significant. So you can get runs off people, and I think on restarts you'll probably get some of the best runs.

"You'll see this three, four-wide craziness going into Turn 1 and then carrying all the way down to Turn 3." 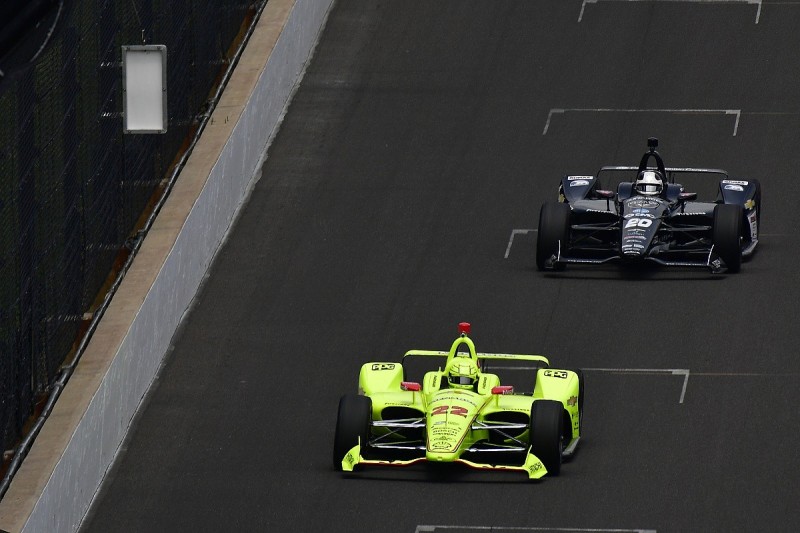 All these factors move the Indy 500 further away from what Simon Pagenaud had previously called a high-speed "chess game", with the 2016 champion now expecting a different kind of race.

"It will be different but in a good way," he said. "You'll see good cars at the beginning of a run, but some of those will go backward mid-way through a stint.

"So you'll have a chance to pass people who have a lot of degradation. A good car will be rewarded, as will a driver who can manage his tyres.

"So it's going to be a mental game. It's not going to be a drafting game as much as it used to be. I welcome that and think it will be a fantastic race."

"The cars slide around which is fantastic," he said. "I've been watching some of the old Indy 500s - like when Rick Mears won in 1984 - and those guys were wheeling those cars.

"They were lifting [off the throttle] a lot. If there's a lot of driver involvement, that's a good formula."