James Hinchcliffe's shock bumping exit, alongside one-off entry Pippa Mann, meant that the two cars that did not qualify for the race were both Honda-powered.

In the manufacturer aerokit era, Honda generally struggled in comparison to Chevrolet but retained a superspeedway edge at the Indy 500 that helped Alexander Rossi and Takuma Sato win in 2016 and '17.

"Obviously qualifying didn't quite go the way that we were expecting," he said.

"The advantage that we've enjoyed over the last couple years is not there right now.

"Got to give credit to the other side [Chevrolet] on that one. We're still confident at our race pace.

"We still have confidence in the race. The teams that we have, like Andretti Autosport who have won three of the last four Indy 500s, can never be counted out. 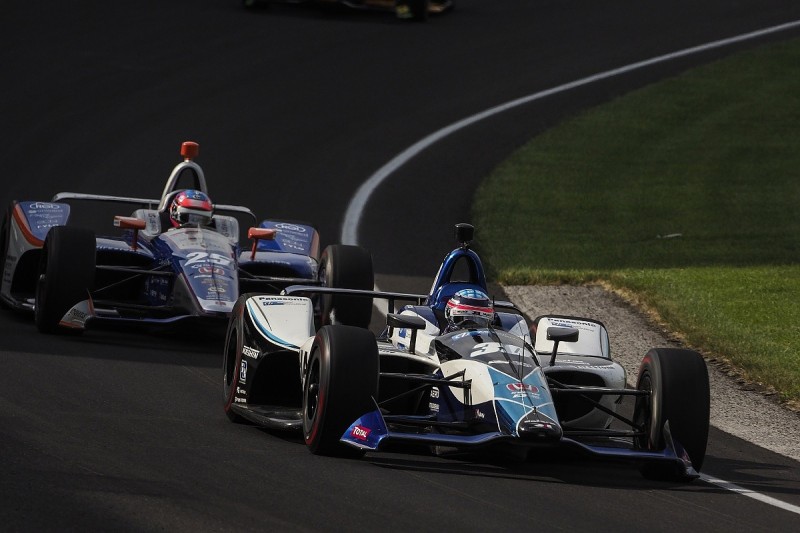 "The other side has had a disadvantage in the last couple years. They've come back strong with this one.

"There's a lot of things that went into this. It's a new aerokit. Whether or not the engine suits the aerokit more or they found something in the aerokit our team has not found, I don't know what to say.

"Overall we were down. Clearly, the results show that. We need to get to the bottom of that from our side technically: 'How did that happen? How do we come back from that one?' We're already thinking about next year, how we're going to avoid that situation next year.

"That still involves understanding the chassis as well as the engine, how to make sure those two are matched up to go as fast as possible."

AJ Foyt Racing's Tony Kanaan says that he expects Chevrolet to hold the edge, but that its qualifying advantage may have exaggerated the gap between the two manufacturers.

"I think Chevy had a bigger advantage with the 140 boost [in qualifying]," he said.

"Our engine, for some reason, it works better than the Hondas up there. At 130 [boost], I don't see that big an advantage.

"I expect to have an edge. I want to believe we have one."

The Chevrolet-powered Penske and Ed Carpenter Racing teams have been the benchmark at Indianapolis, with Josef Newgarden adding: "We got good fuel mileage and we've had incredible durability.

"We're not really worried about the reliability of the engine. A lot of our performance is down to team Chevy and what they've brought to the speedway, so that's great."

How the 2018 Indycar will change the Indianapolis 500