HPD race team leader Allen Miller said there was a common theme to most of the blow-ups during both the Indy road course event and the 500 build-up, although the failure Oriol Servia suffered on Monday was "something totally different".

"The problems that [Sebastien] Bourdais and [Charlie] Kimball had at the grand prix were the same issue as Graham Rahal had in the first day of practice, then Bourdais again, and it had started happening to Alonso's engine a couple hours before qualifying," Miller told Autosport.

"We had less than two hours before the #29 car had to roll through tech so I said, 'we can start inspecting before a decision. But if we start tech and I say 'change it', we're not going to have time.'

"So my decision was to just change it, and we'll look at the one we took out afterwards.

"It was the right call; it wasn't dead but it had a concern.

"We could see from the data that Alonso would have had a problem."

Miller admitted HPD is struggling to identify the root cause of the problem, which he declined to discuss in detail. 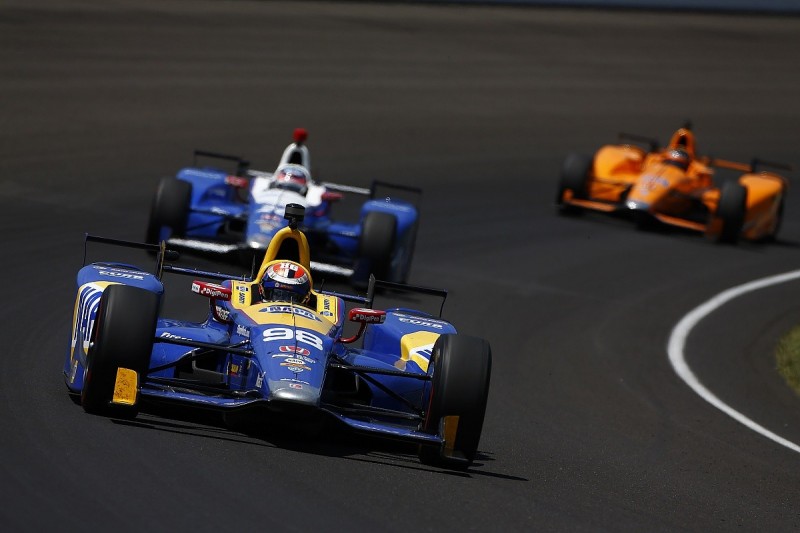 Honda had hoped the batch of engines it produced for Indianapolis had addressed the problems that led to several retirements for its cars in Long Beach last month.

"We had some issues earlier in the season and we put out a different batch and updated engines, but it seems like we still have a problem and we still can't lock down whether it's a quality issue or a design flaw," Miller said.

"The design says everything should be good.

"So we've been frantically working away to discover what's causing our issue."

Asked if it was something that could be cured by turning down the engine's performance, Miller replied: "We're still investigating that but I don't think it's related.

"I felt no more or less confident turning them up to 1.4-bar for qualifying.

"And anyway, turning down the engines isn't something we want to do for the race."

Although Honda took pole position and six of the top nine grid slots, Miller is not underestimating the opposition from the Ilmor-built Chevrolet units on race day.

"We don't ever count those guys out. They've just replaced their engines with race engines and we don't know if they have something that hasn't been seen yet this year.

"Whatever you use as your Indy race engine is the spec it must remain for the rest of the year.

"It locks down any of the open items, any of the new annual homologated parts.

"So was everyone showing everything they had [in practice]? I don't know."