Mario Andretti says Fernando Alonso is a "shoo-in" for a top-five finish in the Indianapolis 500, provided the rookie does not make a mistake

Andretti, who started the Indy 500 29 times and won in 1969, told the latest edition of The Autosport Podcast that Alonso will be targeting victory.

"I think, barring mistakes, Fernando is a shoo-in for a top five. And you never know" Andretti told Autosport.

"His mindset is to win, and that's the mindset you should have no matter where you go as champion because if you don't have that, if you starting analysing the situation [saying] 'well maybe here I don't have a real shot at it', you're already lost.

"He's coming here to do the job and to get maximum satisfaction out of it.

"Quite honestly, he has every reason to feel that confidence. I would not have been surprised if he were to have got on pole."

Andretti believes that son Michael' policy of offering all six of his drivers access to each other's data has helped Alonso to progress quickly.

He cited the example of former NASCAR champion Kurt Busch, who finished sixth one his sole IndyCar drive for Andretti in the 2014 '500, as evidence of the value of this.

"It's Michael's clear policy of an open book," said Andretti.

"You can look at the worksheet of every single driver, everything that's going on, setups and everything.

"That's a luxury, believe me, especially for someone who is here for the first time.

"Kurt Busch never drove a single-seater and took to it like a duck to water and did a very respectable sixth-place finish. And it wasn't just by strategy.

"He played it very smart, he stayed about midfield most of the race then he felt comfortable to start pushing and there he went." 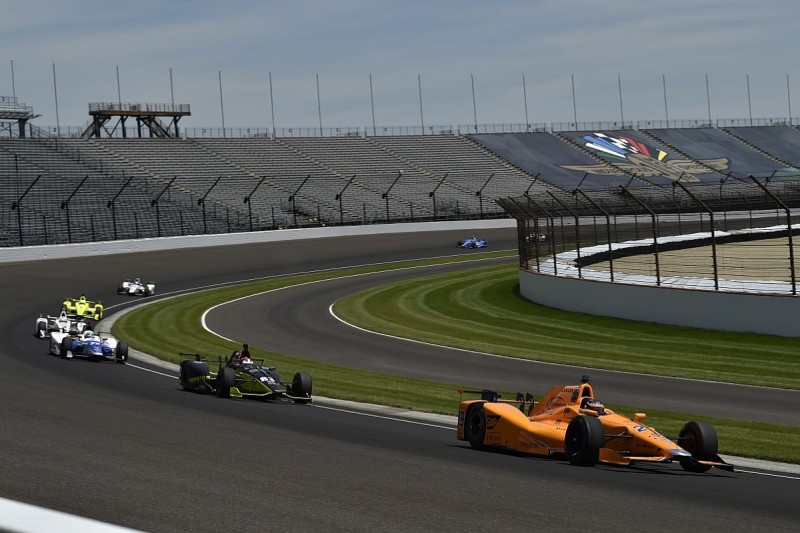 Andretti added that Alonso is not afraid of running in traffic at speeds of more than 220mph at Indianapolis.

But he added that having experienced this only in practice, the race will be a new challenge.

"I watched him here just doing some race practice among 10, 12 cars and he's not bashful, he's not timid about going into a corner right on the other guy's gearbox and that's something not every driver is capable of doing or willing to do," said Andretti.

"When you're practicing with cars around you, everybody is very kind to you.

"The race situation is going to be a little bit different once you are in competition.

"But at the same time, he seemed like he's very capable of mixing it up, nothing startles him."

ANDRETTI ON HIS 2003 INDIANAPOLIS CRASH

Why treacherous Indy is so special