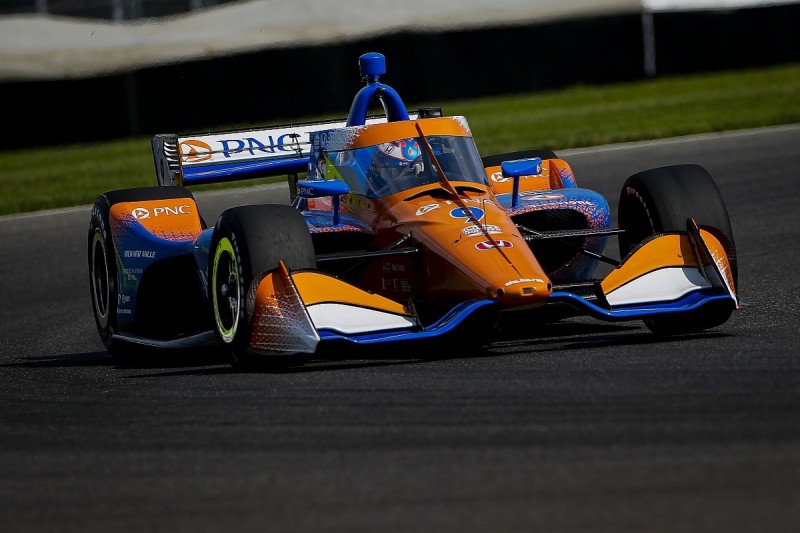 Power dominated the opening stages of the Grand Prix of Indy until the Arrow McLaren SP of Oliver Askew slid backwards into the barriers at the flatout final corner just before the halfway mark.

Rookie Askew's stricken car brought out a caution period which could not have come at a worse time for Team Penske's Power as he ended up dropping down to 13th after making his second pitstop.

Power's recovery attempts were hampered by a sloppy final pitstop, when he stalled exiting his box as he eventually finished down in 20th place.

Dixon, who had finished runner-up in the previous three Indianapolis road course races, had already made his second pitstop prior to the caution period and ran in fourth place when the race re-started.

The three drivers running ahead of the five-time series champion - led by Graham Rahal - were all running on a two-stop strategy in comparison to the three-stopping Dixon.

Chip Ganassi Racing's Dixon eased past Rahal on the run to Turn 1 just a couple of laps later and built a five-second race lead over the next two laps.

This gap only continued to grow in the final phase of the race, with Dixon claiming his second successive race victory in dominant fashion, leading Rahal by almost 20 seconds at the chequered flag.

Rahal fended off a late challenge from reigning Indy 500 winner Simon Pagenaud to claim second place, which marked his best result in the series since the opening race of 2018.

Pagenaud battled back from a difficult qualifying session, which had left him 20th on the grid, to claim the final spot on the podium (below). 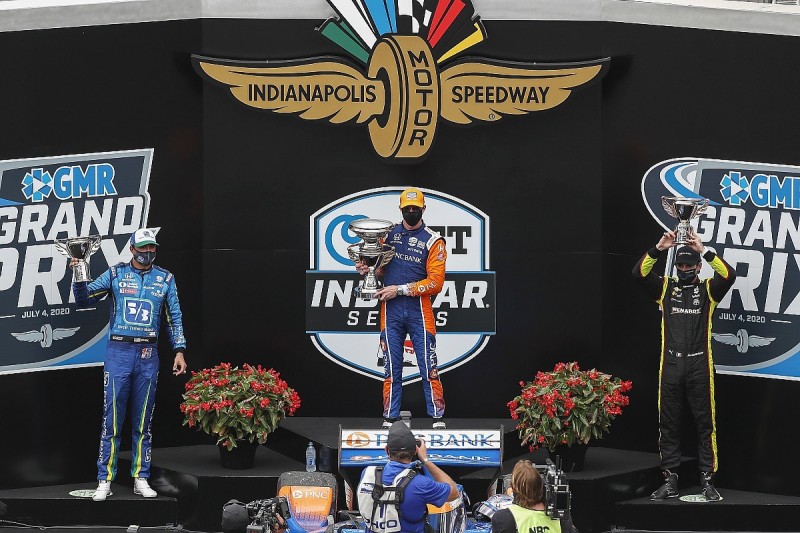 Colton Herta claimed fourth place for Andretti Autosport ahead of Dutch rookie Rinus VeeKay, who picked up fifth place in only his second-ever IndyCar race.

Reigning IndyCar champion Josef Newgarden was running in second place behind his Penske team-mate Power prior to the caution period.

Newgarden made a late final pitstop and took seventh place ahead of Pato O'Ward - in the top 10 for the first time with Arrow McLaren SP after racing part-time for Carlin last year.

Santino Ferrucci bounced back from early pitstop woes to pick up ninth place with Takuma Sato rounding out the top 10.

Alexander Rossi's difficult 2020 season continued as he retired with a suspected fuel-pressure issue as the race re-started following Askew's incident.

The IndyCar rookie the series will miss this weekend