Penske president Tim Cindric says the team was in a "difficult situation" in Portland over whether it should order Scott McLaughlin to hand victory to IndyCar points leader Will Power.

With Chip Ganassi Racing's Scott Dixon having clawed his way up to third it was assumed by some – including the Kiwi six-time champion – that Team Penske would go against its openly stated convention of letting its drivers race, and ask long-time leader McLaughlin to move aside for the closely following Power to maximise his points haul.

However, that call did not come, and McLaughlin went on to score his third win of the year ahead of Power. The 2014 champion heads to this weekend's Laguna Seca championship finale with a 20-point lead over team-mate Josef Newgarden and Dixon, who are both tied on 503.

That means should either of those pursuers score maximum points – win, pole, most laps led – Power must finish third to take the title.

Had McLaughlin ceded victory to Power, the latter’s points margin would now be 30 and he would need only to finish eighth to claim his second championship.

Dixon said post-race that he thought swapping McLaughlin and Power around would have been a “no-brainer” decision.

When this point was put this to Cindric in a press briefing prior to Laguna Seca, he responded: “I think there's probably a little mental game going on between those two guys [Dixon and Power]. I think if you focus on last week, you're not focused on this week.

“I think from our standpoint, focusing on this week is really it. Yeah, it's always a tough decision from a team standpoint when you're leading points, not the one leading the race, whatever else. I think we've been pretty consistent on that front.

“Like I said, I think there's more of a mental game happening there between those two, trying to figure out how to worry about last week instead of worrying about this week.” 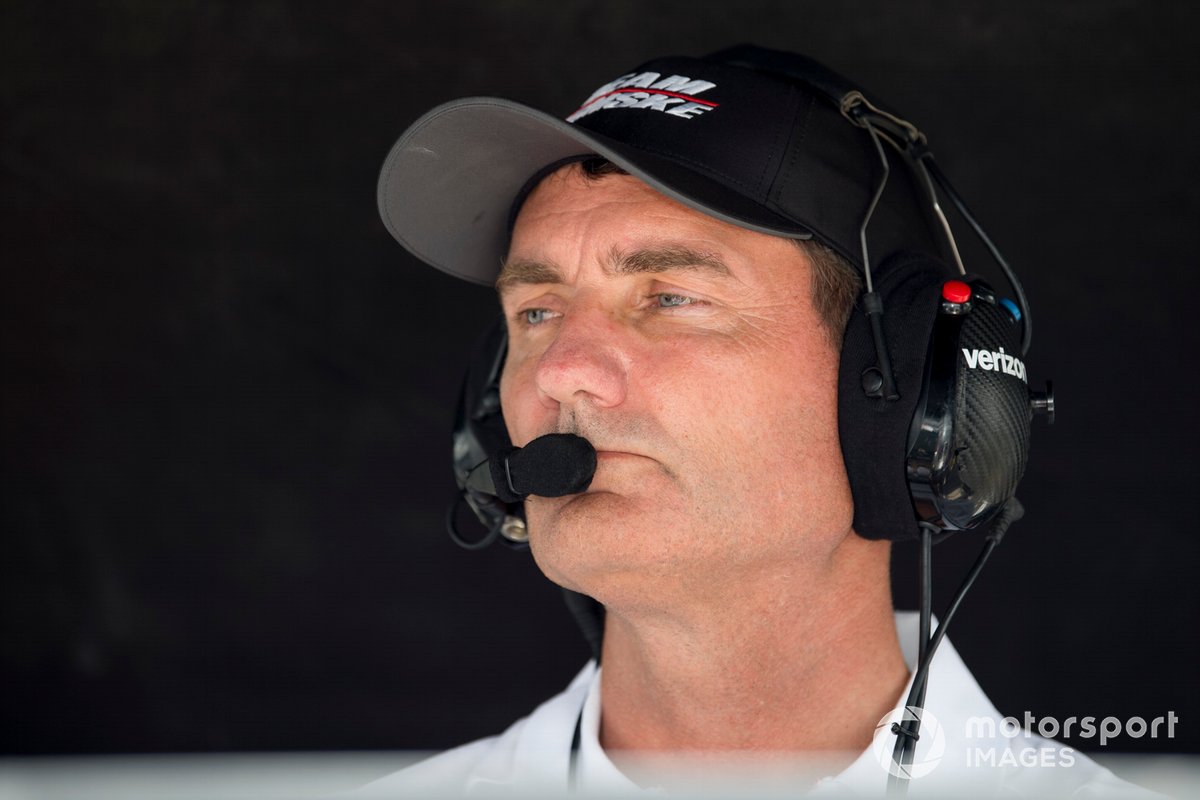 Autosport asked Cindric if one of the reasons McLaughlin wasn’t ordered to give up the win for Power was that it would have also meant Newgarden – who finished the Portland race in eighth – would have been, like Dixon, 30 points down on Power at Laguna Seca, thus leaving Penske’s hopes squarely resting on just one driver.

“That was never a consideration,” said Cindric.

“That wasn't really the consideration there. I think when you have a driver out there winning the race, it's a much more difficult situation.

“Had the driver or whatever thought that was the right thing to do [to give way], he would have probably figured out a way to do that himself.

“Certainly different in terms of a win and having the ability to mathematically be part of that championship. I know that was important to Scott, as well.

“From all-the-eggs-in-one-basket perspective, or Will versus Josef, no, certainly not. Not one of the considerations there.”