After three seasons with Chevrolet, Ganassi is returning to the Honda fold in 2017, reviving a partnership that dates back to the team's dominant CART days in the mid-to-late 1990s.

Ganassi tested with Honda's engine and oval aero package at the Gateway oval in October, and a one-day test on Friday at Sebring will be its first taste of the manufacturer's road-course kit, and Chilton's first Honda laps.

"It's a big change next year for us, obviously, going to the Honda," Chilton said.

"I have yet to drive the Honda car, so I'm looking forward to driving it at Sebring on Friday.

"Ganassi, engineering-wise, are one of the best teams out there, if not the best. They're going to try and get a grip on the new package as quickly as we can.

"Testing is obviously limited this year, so we're going to have to maximise what we have before the first race in St Pete.

"It's going to be hugely important.

"The track is bumpy and fairly tight, so it replicates the first race at St Pete."

Chevrolet set the pace in IndyCar in 2016, with fifth-placed Graham Rahal Honda's only representative in the top nine of the drivers' championship.

Honda did, though, win the Indianapolis 500 with Andretti-Herta rookie Alexander Rossi. 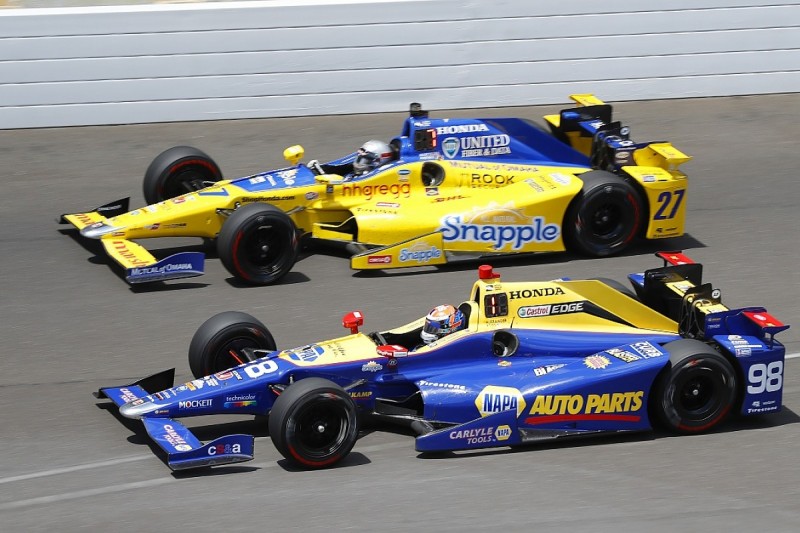 "It doesn't take a huge amount of looking to know what the differences are with the packages," Chilton said.

"It's not a huge deal. I think it's more the way the manufacturers approach it.

"I think from what I saw last year being a Chevrolet driver, the drivability for the Honda, especially on traction, was definitely better.

"But they seem to have the edge on the oval racing, especially Indy. As we all know, Indy is basically like a championship in itself.

"People want to win that sometimes more than the championship.

"I feel like the team's made a good decision. Hopefully it pays off."