IndyCar has taken steps to modify its Nashville street course for this weekend after the chaotic and drawn-out inaugural event last year.

There were a total of nine cautions in the 2021 Nashville race, so that 33 of the 80 laps were run under yellow, and there were two red-flag periods.

This year, restarts will be held in the same place as the start which is the longest straight on the track, namely the Korean War Veterans Memorial Bridge that leads into Turn 9. The push-to-pass boost will first become available to drivers as they approach the start-finish line.

Last year the restarts began just before the last turn so the cars were up to speed before they reached the start-finish line, but green-flag conditions before the whole pack had filed through the last turn meant that passes were made while the cars were still packed tightly together, leading to clashes and controversy at Turn 11, the final corner on the 2.1-mile course.

Further easing this potential issue is that the track is now four feet (1.22m) wider at the apex allowing better sight lines.

The entrance to Turn 9, by contrast, has been considerably narrowed – from 85 feet to 60 feet (25.91m to 18.29m) – due to hospitality suites being added, which significantly slows down the corner entry. After a long drag over the bridge across the Cumberland River, the turn should offer a far more effective passing opportunity. 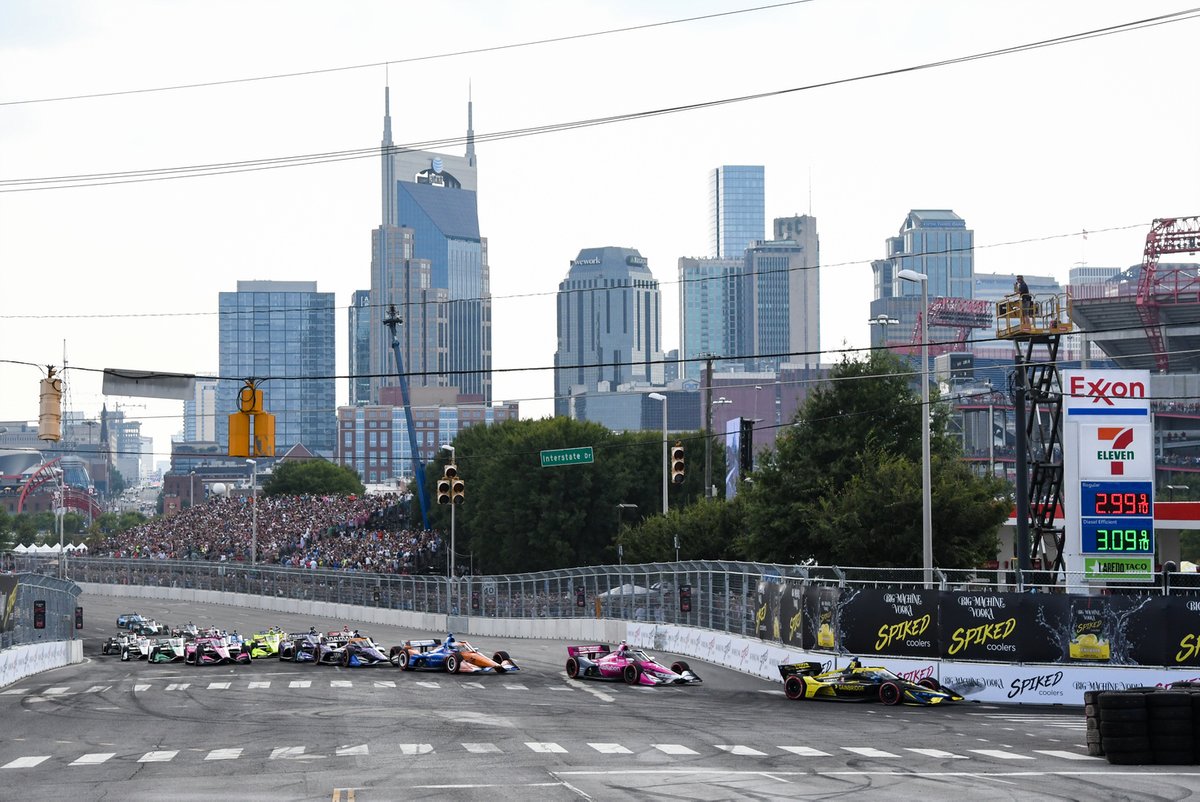 In both directions, the transitions between bridge and street have been reprofiled in an attempt to reduce the bumps. Prior to the inaugural event, this repaving was carried out just 20 feet (6.1m) after the transitions, but this year the extra asphalt has been increased to 125 feet (38.1m) to make the transitions far more gradual.

A bump in Turn 5 has been reprofiled, too, but more significant could be the reduction in pitlane speed limit from 45mph to 40mph, which IndyCar estimates will add around three seconds of time loss in the pitlane. This should eliminate the chance of the race leader pitting under caution and hitting the pitlane/racetrack blend line ahead of whichever cars remained on track, bottled up behind the safety car.