Ed Carpenter believes his eponymous IndyCar team has everything it needs to challenge for the Indianapolis 500 in Sunday's Fast Nine shootout, allaying fears that the Chevrolet engine is underperforming.

The only team owner/driver in the field went out 19th as the track was heating up, yet turned in a four-lap run that put him third fastest at the time, behind only Chip Ganassi Racing’s Scott Dixon and Tony Kanaan.

Carpenter was later pushed down to fourth by the even swifter Colton Herta of Andretti Autosport.

His team-mate Rinus VeeKay - winner of last weekend's race on the Indianapolis road course - initially went 12th fastest on his first run - but then vaulted up to fifth on his re-run as the track temperatures rose still higher.

It means the pair of them will take part in the one-run-and-done Fast Nine battle for pole tomorrow afternoon.

"It was nice to get two of our cars in," said Carpenter, who has three poles and two more front-row starts to his name in the Indy 500.

"Wasn't sure how it was going to shake out after yesterday. The team did a nice job, Chevrolet gave us what we needed there. Excited to be in the fight for tomorrow.

"I think some years more so than others, it's helpful to start as far forward as you can. It's hard to pass. As much as anything, just trying to put ourselves in the best position for next Sunday…

"I think we have just as good a shot at winning pole tomorrow as any of these guys. I've been in this position enough times before. That's the beauty of qualifying here, you have to go out and do four laps. 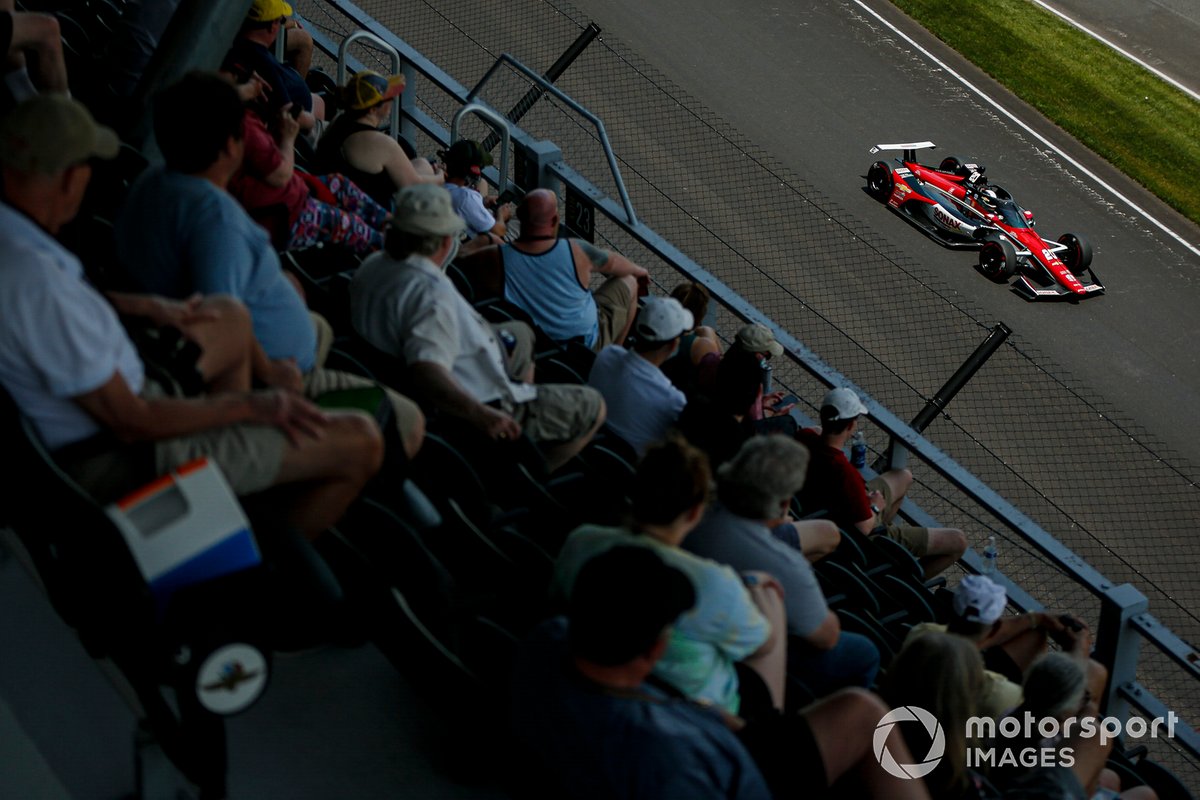 "We only get one chance at it tomorrow [so] that amps up the pressure again. Everyone has to make what they think is the best decision. After we all run four laps, we'll find out who is the best.

“For me, we have everything we need to go fight for it. That's what we'll do.”

Carpenter’s and VeeKay’s performance, along with those of Arrow McLaren SP’s two full-time drivers Pato O’Ward and Felix Rosenqvist (12th and 14th respectively), has deflated the argument that Penske’s lack of pace could be blamed on Chevrolet lacking performance at 1.5-bar boost.

Penske cars could only qualify 17th, 21st and 26th, with Will Power still having to escape being bumped from the grid.

Asked what his team has found that other Chevy teams had not, Carpenter said, “It's a hard question to answer.”

He continued: “I think everybody at our team – engineers, mechanics – do a phenomenal job of getting prepared for here, put us in position.

"Days like today, when it goes well, the driving part is easier than the years where you qualify middle of the pack around here.

“I don't know what we found that other guys didn't just because you don't ever know that. But I'm thankful that we do have a good team and people that have done a good job to put us in this position.”

Carpenter then praised VeeKay, who won the IndyCar Series rookie of the year title last year, for his startling improvement at the Speedway in the heat of the day.

“I'm pretty proud of him overcoming the testing accident he had here in April, shrugging that off,” he said. “I think that shows what he's made of, how resilient he is.

“I thought he did a great job to go out back when he did and better himself. He was outside [the Fast Nine] looking in. He got back in. He's doing a great job.”