Ed Carpenter says that the only thing missing from IndyCar team-mate Rinus VeeKay’s skillset is "just experience", as the Dutch driver qualified third for the Indianapolis 500.

Joining Ed Carpenter Racing as a rookie, the 2019 Indy Lights runner-up chalked up his first podium last year - going on to win the Rookie of the Year title.

VeeKay delivered his first win with victory in this year's Grand Prix of Indianapolis on the IMS road course, before going on to qualify on the front row for the 105th running of the Indy 500, a shade quicker than his team boss.

Three-time 500 pole-winner Carpenter paid tribute to VeeKay's performances this season, along with his conduct off-track.

“Rinus is definitely improving all the time," Carpenter said. "He’s too dedicated and works too hard to not [improve].

“I still don’t think we’ve seen the best of him yet. He’s still developing. But he’s still in a really good spot and a tough competitor.”

Asked what VeeKay still needs, Carpenter replied, “Just experience. We talk a lot about the young guys in this series but there’s still a ton of veterans who are still competing at a high level.

“In a 500-mile race, I do think experience is important whether it’s changing conditions, being in different scenarios, seeing how the races play out. Rinus’s race craft is going to get better and better as he experiences more.”

Regarding VeeKay’s ultimate potential, Carpenter added: “He definitely has what it takes to be a championship-calibre driver.”

Carpenter, whose best finish at the 500 came in 2018, when he finished runner-up behind Will Power, also addressed the fact that his team had proven that the Chevrolet engines were not lacking in torque or horsepower at the 1.5-bar turbo boost level used in qualifying.

“Chevrolet always pushes hard to bring the most power, efficiency and reliability that they can to the track and they also do a ton of development work with us off-track on the aero side as well.

"So I never question that we’re getting the best they have to offer, so I’m excited with the package we have this year and I think we have what we need to go fight for a win.” 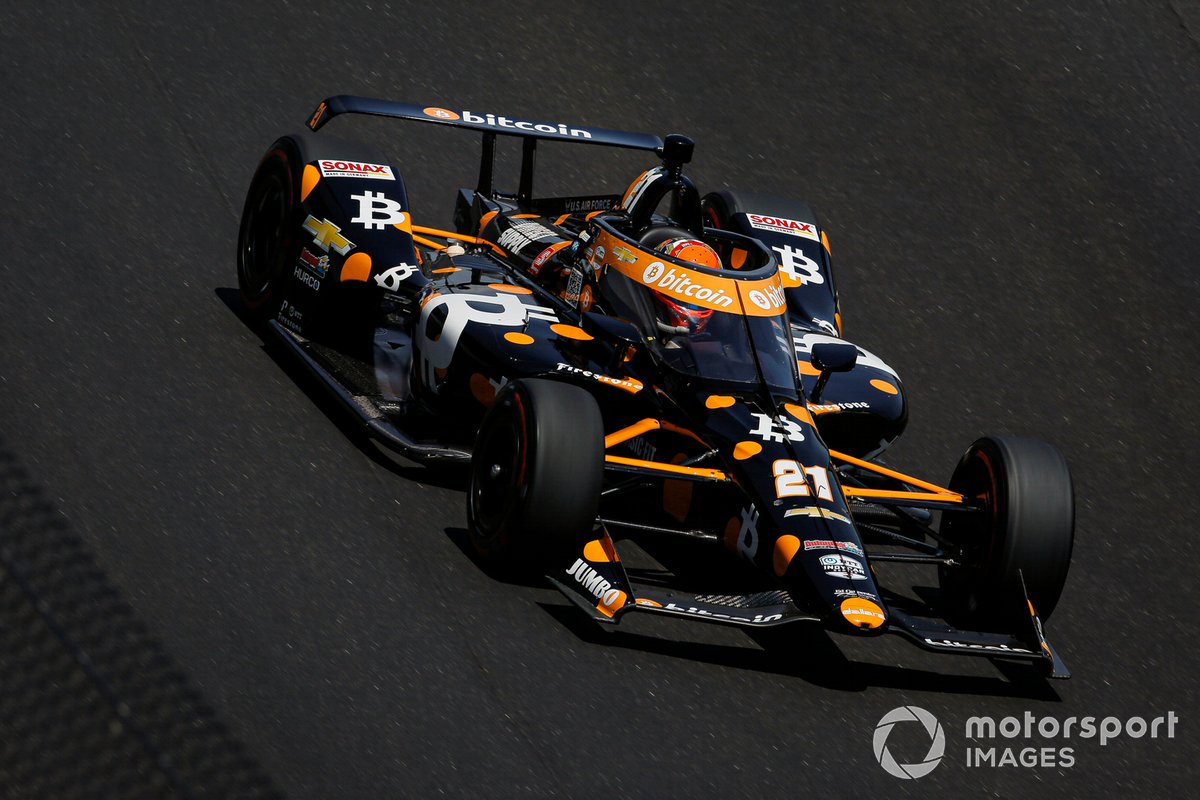 Carpenter, who along with Roger Penske is the only team owner to have run Chevrolet engines since the start of the current engine era in 2012, was asked if he felt the Ilmor-built units had a wider power range than last year, given that he was not needing to downshift during his qualifying run.

He replied: “I don’t know, it’s hard to say. To me it doesn’t seem very different, just a little better across the board. But it’s so close.

"The amount that we’re all refining this car, whether it’s the chassis or the engine, it’s such minimal gains at this point in the development cycle, it’s hard to feel a huge difference from year to year.

“[The lack of downshifts] had more to do with conditions, the wind, than anything. That was the approach we took. I saw some Hondas making multiple downshifts a lap, but without having their data and without understanding how their engine operates, it’s hard to say. Other Chevys were shifting too.”

VeeKay, following his Fast Nine qualifying run, said that the Ed Carpenter Racing setups “suit the Chevy powerband", but Carpenter was wary not to reveal any tech secrets.

“Yeah, I read that quote and I hadn’t heard him say that before and we hadn’t actually talked about that," Carpenter added.

“At the end of the day, to be fast here regardless of what power you have, you need to have good balance and minimise the scrub in the corners.

"I think if there’s a reason why we’re able to not be shifting as much as others, I think it had as much to do with the fact that our cars weren’t scrubbing speed as anything else.

“But like I said, the wind was light and a crosswind. If it had been a north-south wind, we would definitely have been shifting.”