Leading European single-seater team Carlin could expand to include a US and IndyCar programme in the coming years, according to team boss Trevor Carlin

Carlin made the trip to the US for last weekend's IndyCar double-header in Houston, and while he said that the visit was partly an opportunity to catch up with friends, he also admitted that there was a research element.

"I have a lot of people who are friends and ex-drivers in IndyCar," Carlin told AUTOSPORT.

"I used to work in the States many years ago, so I have quite a soft spot for this sort of racing. I just thought I'd come out and see if anything's changed, and what's going on.

"Is it a reconnaissance visit? In a way.

"[IndyCar] is not on the short-term horizon, but as a team we're still ambitious, and Formula 1 is not realistic in any way whatsoever, and we're sort of running out of championships to do in Europe.

"But also, there are probably half a dozen ex-Carlin drivers on the IndyCar grid, and I could see a few more doing quite well out here, given the right circumstances."

Carlin said that any IndyCar operation would likely be preceded by an Indy Lights programme, which in turn would not happen before the new car is introduced in 2015.

"It's not something that is imminent, but I thought I'd just come and check it out and see if it's worth considering," he said. "And I think we could do a good job here." 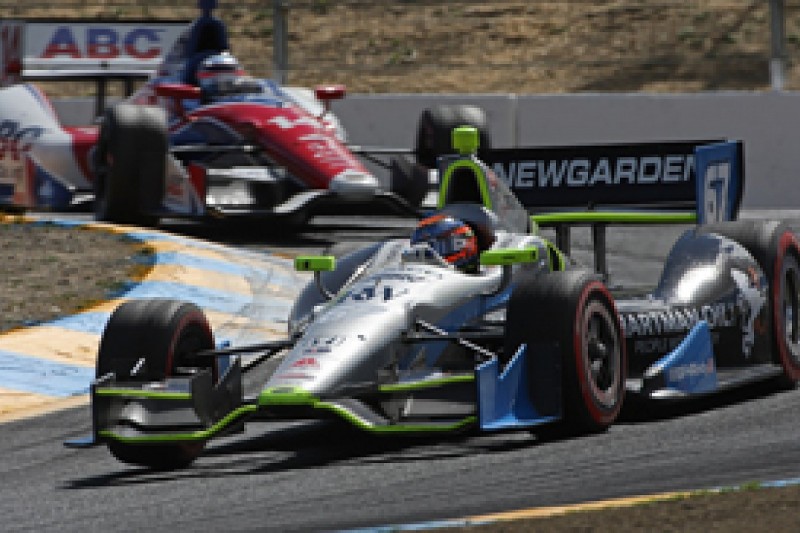 IndyCar drivers to have passed through the Carlin stable include Takuma Sato - who won the British Formula 3 title with the team in 2001 - Charlie Kimball, and Josef Newgarden.

The team has taken nine drivers to the British F3 title, as well as helping Mikhail Aleshin and Robert Wickens to the Formula Renault 3.5 titles in 2010 and '11 respectively.

It has also won races in GP2 and GP3 and was among the teams to apply for one of the vacant Formula 1 entries that were made available for the 2008 season, however its bid was unsuccessful.