Top British single-seater outfit Carlin is eyeing a future IndyCar project and the first step will be an expansion into Indy Lights for 2015, AUTOSPORT can reveal

The multiple title-winning junior team will head to America next season to run two cars in the IndyCar feeder series, while retaining its operations in GP2, GP3 and Formula 3 and returning to Formula Renault 3.5 after a year out.

It is the start of further expansion that will eventually include IndyCar in the next couple of years.

The Indy Lights team will operate out of a new base in Poughkeepsie, New York with personnel from both the US and Carlin's Farnham, UK operation.

The decision to enter Indy Lights in 2015 coincides with the launch of a new Dallara chassis, featuring a new 450bhp 2.0-litre AER turbocharged engine with a 50bhp push-to-pass system.

Team owner Trevor Carlin said: "We're extremely excited to be taking the Carlin team to the US and embarking on this new challenge into Indy Lights.

"We've had one eye on the US for some time now and the time is right to widen our focus.

"We're seeing more and more drivers look across the Atlantic from categories such as Formula 3 and GP2 to careers in Indy Lights and IndyCar and it makes sense as a European team to offer that route to our customers."

Carlin wrapped up the GP3 teams' championship in Abu Dhabi at the end of last month and has taken multiple drivers, including many eventual F1 stars, to F3 and Formula Renault 3.5 titles. 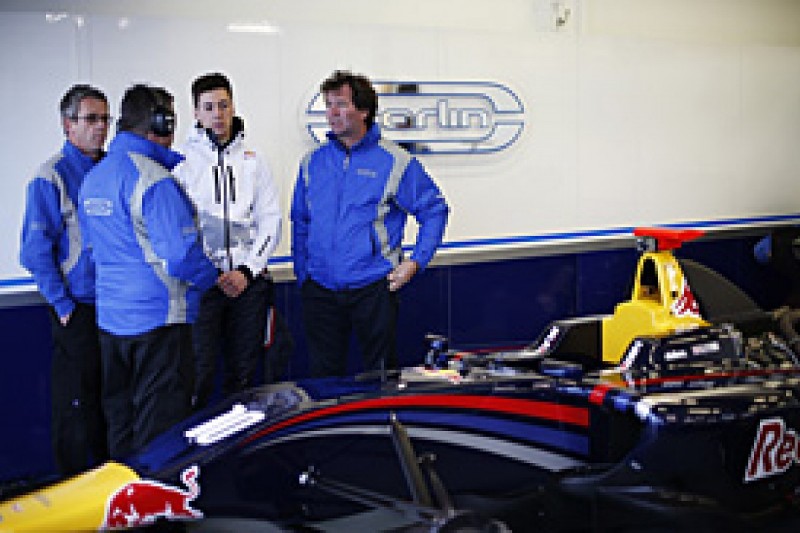 In recent years a close association with Red Bull has seen the likes of Sebastian Vettel and Daniel Ricciardo win for the team and in 2014 Red Bull-backed Alex Lynn scooped the GP3 title with it.

Carlin said the Lights programme would not detract from the team's European efforts.

"While we remain completely focused on our race programmes in Europe, it is also important to take on new challenges and projects that maintain our momentum as a company of people," he said.

"By offering new opportunities we are able to offer strong team members new goals and challenges internally and retain them within Carlin.

"By no means do we underestimate the challenge ahead but we believe we have a great team of people to help us be competitive in Indy Lights.

"We see this as an important new chapter for Carlin and the entire team are excited for the future."

The British-based team has yet to confirm any drivers for its Indy Lights arm.

Current IndyCar drivers who raced for Carlin in junior categories include Will Power, Graham Rahal, Charlie Kimball and Takuma Sato.

Gavin Ward will become Arrow McLaren SP’s racing director next year and Brian Barnhart will take on the role of general manager, following the departure of team president Taylor Kiel.