Arrow McLaren SP driver O’Ward recently battled from 16th on the grid to score his second win of the IndyCar season in Detroit, putting him into the thick of the championship fight.

The 22-year-old’s performances have drawn praise from across the racing world, with Red Bull Formula 1 driver Sergio Perez saying his compatriot has what it takes to race “the very best drivers in the world”.

Asked by Autosport about O’Ward’s win in Detroit, McLaren Racing boss Brown urged people to go and watch it, saying: “I haven’t seen a race like that in a while.”

Brown compared O’Ward to two-time Indianapolis 500 winner Montoya, who raced for McLaren in F1 and linked up with the Arrow McLaren SP squad for this year’s Indy 500.

“He very much reminds me of a young Juan Pablo Montoya,” Brown said.

“He was very much in control, while he was super-aggressive. And also credit to Scott Dixon, Colton Herta, and Josef Newgarden - those were guys he knew he could race cleanly with.

“It was an awesome drive. He’s a huge talent. I think he’s very naturally gifted. He can hang a car out like I saw Montoya do on ovals, which doesn’t seem to scare him.”

At the start of the season, Brown promised O’Ward an F1 test in Abu Dhabi if he won an IndyCar race this year, which was clinched with his maiden victory in Texas last month. 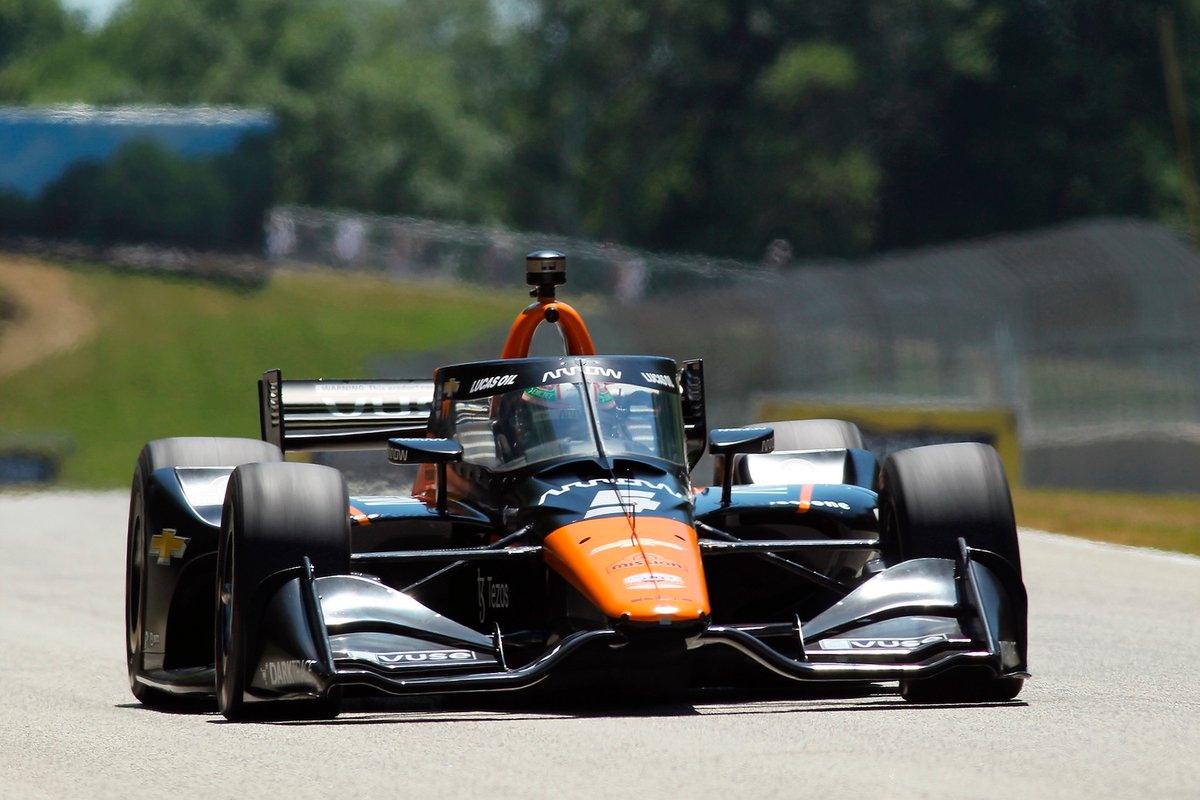 He will take part in the end-of-year running at the Yas Marina Circuit following the season finale, giving him the chance to sample F1 machinery for the first time.

But Brown said that O’Ward’s focus had to remain on IndyCar due to the closeness of the title battle.

A ninth-place finish at Road America saw O’Ward slip 28 points behind new championship leader Alex Palou, having led by one point going into the weekend.

“He’s going to get his test at the end of the year,” Brown said.

“He’s young, he’s 21. So let’s see where his career takes him. Right now, we’re keeping him laser-focused on IndyCar. Historically, [the] IndyCar [championship] comes down to the last race with about three, four, five drivers that can win it.

“I want him to stay laser-focused there, but super impressed with him.

“Let’s see how he gets on in the Abu Dhabi test, and go from there.”