The lengthening of the Portland IndyCar race to 110 laps will shift the emphasis of race strategy from fuel saving to managing tyres, says AJ Foyt Racing's Sebastien Bourdais.

On IndyCar's last visit to Portland in 2019, the leaders were able to run the 105 lap race distance on just two stops, after 17 laps were run under caution.

This year the race has been extended to 110 laps of the 1.964-mile course, which is expected to enforce a three-stopper while opening up the fuel windows.

Yellow flags can be expected, given there has been a Lap 1 caution period in all but two IndyCar races there since 1998.

Bourdais believes this suits the nature of the circuit as, despite Portland's long front straight, trying to save fuel by tucking into the slipstream of the car in front would entail tyre “torture” in dirty air through the rest of the lap

“I don't remember any instances at Portland where clean air is not key,” he said.

“It's just awfully difficult to follow through the complex at the back. Obviously [Turns] 3, 4, 5, 6, 7 is just torture, and as you start to get on a sunny day a slightly higher track temps and less dense air with warmer conditions, you're just starving for downforce.

“Yeah, following has always been a very tricky thing. It's a very narrow track. There's really mostly only one line, so getting any kind of air behind someone is a huge challenge, and tire deg comes into play very quickly after that.

“I like the idea [of getting towed to save fuel], but unfortunately with the nature of the track it's almost impossible to get dragged along.”

One of the keys to Bourdais’ success at Portland in his Newman/Haas Racing Champ Car days (two wins, a second and a third) was how closely he could track other cars – rivals or backmarkers – through the two long-duration corners at either end of the track. 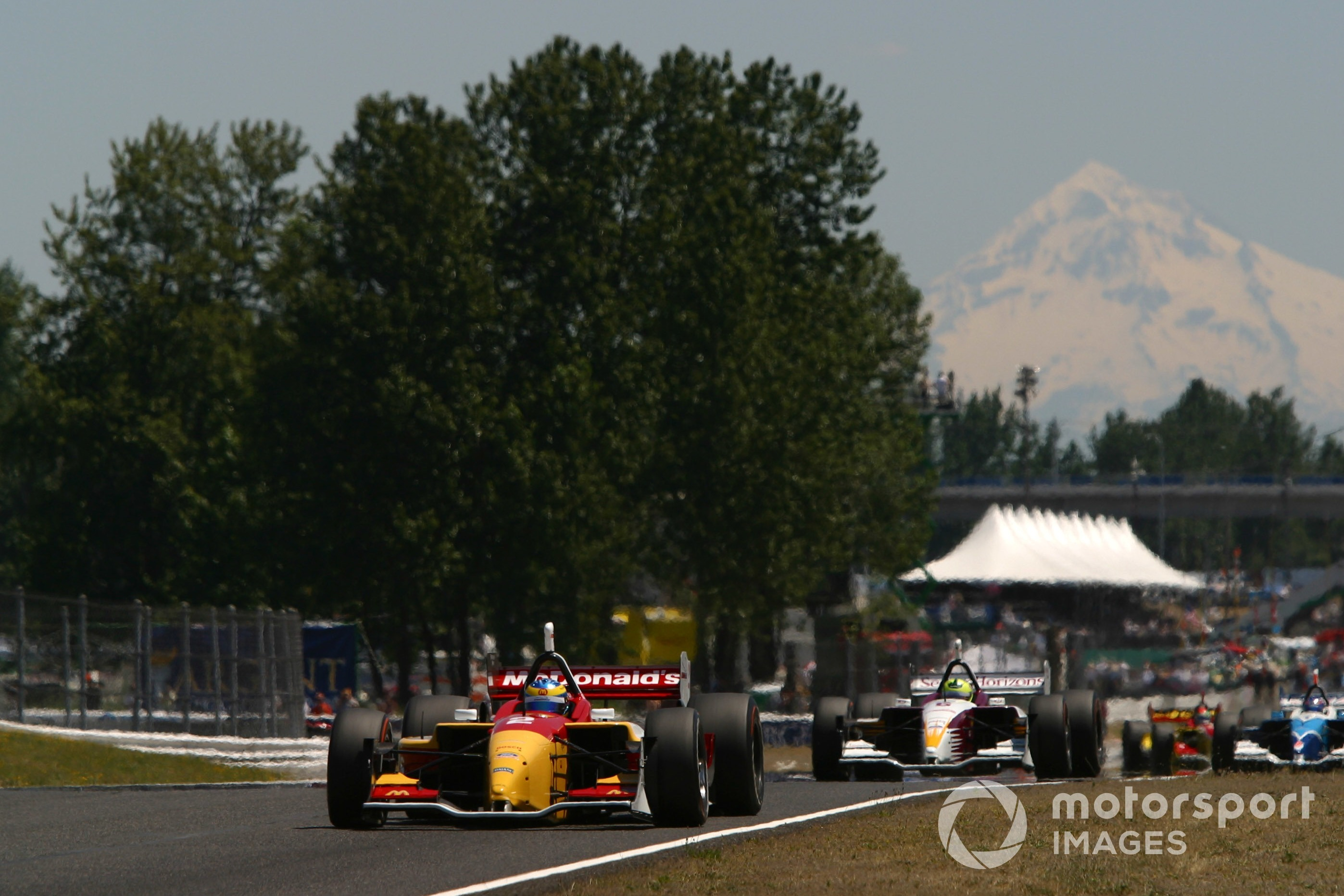 “I think there's no denying that the way you used to be able to drive the Champ Cars is very, very different from where we're at… probably mostly the way you have to treat the Firestone tyres.

The construction has changed a lot. The compound tends to be quite a bit softer, and the weight of the car is obviously a big factor in it.

“So yeah, I think there are a lot of variations from my early career in the US to where we're at right now.”

The new race length, on the other hand, now offers greater opportunity to vary fuel strategy.

“Fuel can often at times come into play,” said Bourdais. “The nature of the track being a very short track, there are a lot of laps, and to save a lap, two laps, three laps is not out of the question.

“Yeah, it's definitely one of those races that's been played out in fuel saving mode, sometimes pretty aggressively. Surely '18 was. In '19 there was some drama, as well. Yeah, I think it's never really a boring race, and with the number of cars you increase the chances of these things happening.”

Asked if the length of the front straight might favour the Chevrolet-powered cars, Bourdais replied: “I think it's probably one of those tracks that really doesn't put a big gap between the two.

Not that there is a big one anyways, but I think it kind of levels things out between the torquey side of the competition and our more crisp top end.

“I would say it's probably a bit of an equaliser.”

Ilott to drive for Juncos in all three remaining IndyCar rounds