Forty years since his retirement from Indycar racing, his stats put him in the pantheon. He raced in an era when reliability could not be taken for granted, so the fact that he amassed 35 wins – still eighth in the all-time list – is impressive enough.

Yet it’s his 49 pole positions (fifth best of all time) and 4863 laps led (seventh) that highlight his pace, bravery and sheer chutzpah. Whether it was wringing everything out of Dan Gurney’s gorgeous Eagles – with which he scored his first two Indy 500 victories – or learning to master ground-effect Penskes in his amazing career twilight that included a third Indy triumph, he always gave 101%.

“Bobby was like Mario [Andretti] – wanted to lead every lap,” his brother Al told this writer several years ago. “I only had to lead one, the last one. No one remembers who led lap 1, or 25 or 50… The crowd loved Bobby, because he’d just unscrew his brain and go after it from the green flag.”

Although respectful of each other’s talents, Bobby and Al – five years his junior – sounded naturally quarrelsome even when agreeing on matters, including Bobby’s racing ethos. When this author asked Bobby if his hard-charge was philosophy was costly (bearing in mind that through the early 1970s he traditionally led more laps in a season than any of his rivals, yet only in 1974 did that translate into a second championship to back up the one he earned in 1968) he explained: “The most important thing for a driver to do to turn from a pay driver to a paid driver is practise fast, qualify fast, lead the race. Then everyone takes notice – media, team owners, sponsors. So even if he never wins, that driver will always have a job. That was always my theory and I always had a job for the following season. I was never without a race car lined up… I think if drivers race like that, they don’t need to worry about sponsor deals.”

That was Bobby – he had a very different-sounding philosophy to that of most champions (win at the slowest possible speed) and was never afraid to express it or explain it. 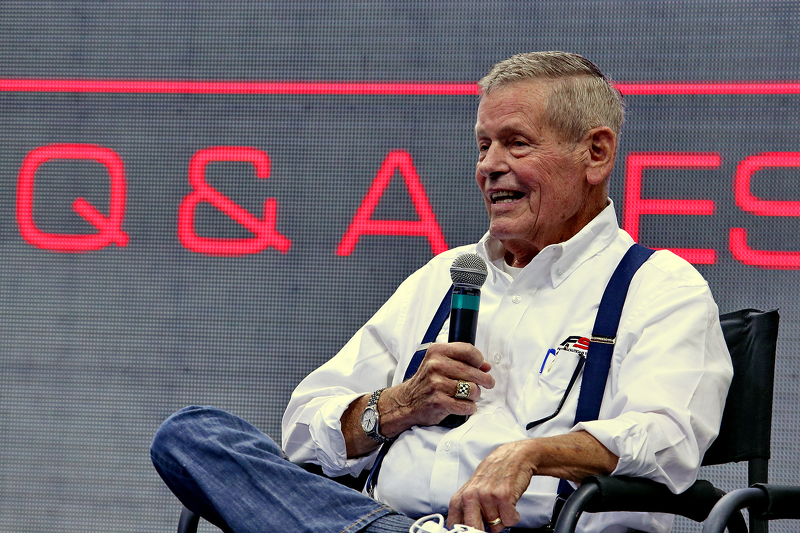 Expressing and explaining his theories is what made him such a delightful foil to the more measured Sam Posey and the straight-down-the-middle Paul Page when they worked together in the commentary booth in the 1980s and 1990s.

Unser was a great raconteur. He and his effervescent wife Lisa were always popular visitors to Indianapolis Motor Speedway each May, when his dear friends – legendary journalist Robin Miller and BorgWarner’s Steve Shunck – would prod him to regale us with more stories.

Then, should you need to formally interview him, he was golden; he’d listen carefully to the question, deliver his opinion, and then go off on some mightily entertaining tangents. You might only use about 5% of what he gave you, but that was because he had overdelivered and left you spoilt for choice.

While he would take jokes against himself with ease, so too Unser enjoyed being the one doing the teasing. Long after he scored his 13 wins in the notoriously scary Pikes Peak Hill Climb, he’d get a kick out of driving newcomers up the course at high speed in a road car. Then, at one of those turns where the lip of the track meets Colorado skyscape, and in the passenger’s imagination all that lies in between is oblivion, he’d pretend the car’s brakes were failing or that he’d lost control – and giggle at his companion’s overreaction as they crossed the edge to hit previously invisible flat terra firma.

Roger Penske said it right on Monday: “There simply was no one quite like Bobby Unser. Bobby was a ferocious competitor on the track, and his larger-than-life personality made him one of the most beloved and unique racers we have ever seen.”