Newgarden and Power had consistently been the quickest drivers across the three practice sessions at Barber and continued their battle into the fast six.

Having waited until the final runs of the fast 12 to bolt on the quicker red compound tyres, the Penske duo easily secured a fast six place and Power was the first to set a benchmark time in the final session with a lap of 1m07.4541s.

But Newgarden responded on his final tour to post a marginally quicker time of 1m07.4413s to secure his first pole of the 2018 season and Penske's eighth in ninth races at Barber.

That meant Bourdais' red-walled tyres had more life than his rivals and DCR opted to put its weight behind a one-lap effort in the fast six.

While the time was initially good enough for pole, Newgarden and Power pushed Bourdais down to third.

Ryan Hunter-Reay was the highest-placed Andretti driver in fourth, having once again run wide on the exit of the Turn 5 hairpin earlier in qualifying.

Marco Andretti narrowly missed out on the fast six in his best qualifying performance of the season with a time good enough for seventh.

He was able to beat his team-mate and championship leader Rossi, who admitted his car never felt good enough for pole after dominating Long Beach last weekend.

Penske's Simon Pagenaud again struggled and could only qualify ninth ahead of SPM's Robert Wickens. 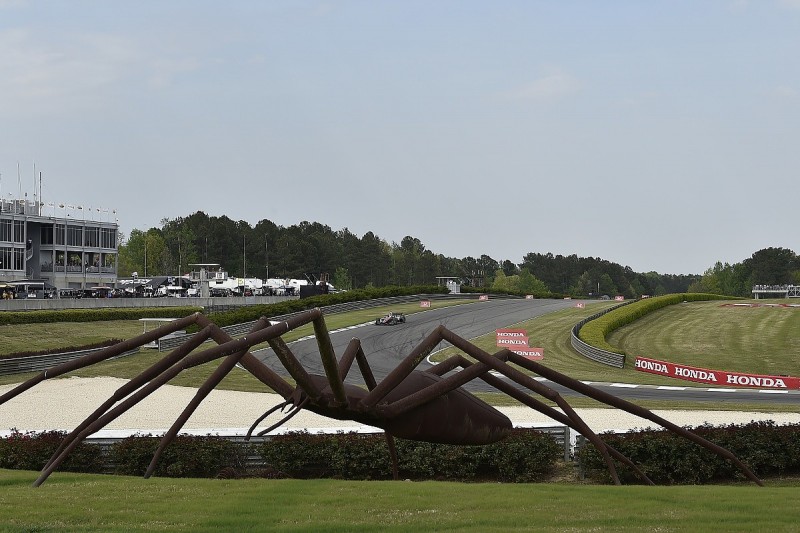 Carlin had looked impressive in the first practice session of the weekend but found itself narrowly missing out on the top 12.

Max Chilton struggled for balance until he switched to scrubbed, and supposedly slower, black compound tyres but just missed the cut for the first group qualifying.

Charlie Kimball then finished seventh in the second group, mirroring Chilton, but rued Kanaan's crash that ended the session after preliminary runs.

The AJ Foyt Racing driver had exited the pits for his second runs on new tyres but lost control and spun, rear-ending the tyre barriers at Turn 2.

That meant Kimball secured 14th on the grid for Sunday's race - which is expected to be held in wet conditions - one place behind his team-mate.

Rahal, currently third in the standings, will start 15th, three places ahead of Sato.