© 2021 Motorsport Network. All rights reserved.
TV Tickets Fashion Giorgio Piola Jobs
Previous / Johnson aims to race in IndyCar 'for as long as Ganassi will have me' Next / Ilott to make IndyCar debut with Juncos Hollinger at Portland
IndyCar / Portland News

Oliver Askew has landed the third Rahal Letterman Lanigan drive for the final three round of the IndyCar season, as the team continues to assess drivers for 2022.

The 2019 Indy Lights champion has endured a patchy IndyCar career since graduating to the series in 2020, scoring a podium in Iowa for Arrow McLaren SP before suffering a heavy shunt in that year’s Indianapolis 500 that left him with late-diagnosed concussion.

Askew made an impressive comeback last October in St Petersburg – the 2020 finale – but it was too late to salvage a full-time ride for this year.

When his replacement at AMSP, Felix Rosenqvist, suffered a heavy shunt in Detroit Race 1 this year, Askew – despite no previous knowledge of the Belle Isle course and no practice time – subbed for him on race day using borrowed gear.

Askew was thrown another opportunity by Ed Carpenter Racing, when his former Indy Lights rival Rinus VeeKay broke his collarbone in a biking accident.

He went on to finish 12th in the race, outqualifying ECR regular Conor Daly after impressive performances across practice and qualifying.

Askew tested for Rahal Letterman Lanigan alongside impressive Formula 2 racer and IndyCar newcomer Christian Lundgaard at Barber Motorsports Park, ahead of the Dane’s race debut on the IMS road course - for which he qualified fourth.

With Lundgaard preparing for the Formula 2 round at Monza, Askew has the chance to take over the #45 car for Portland Laguna Seca and the streets of Long Beach. 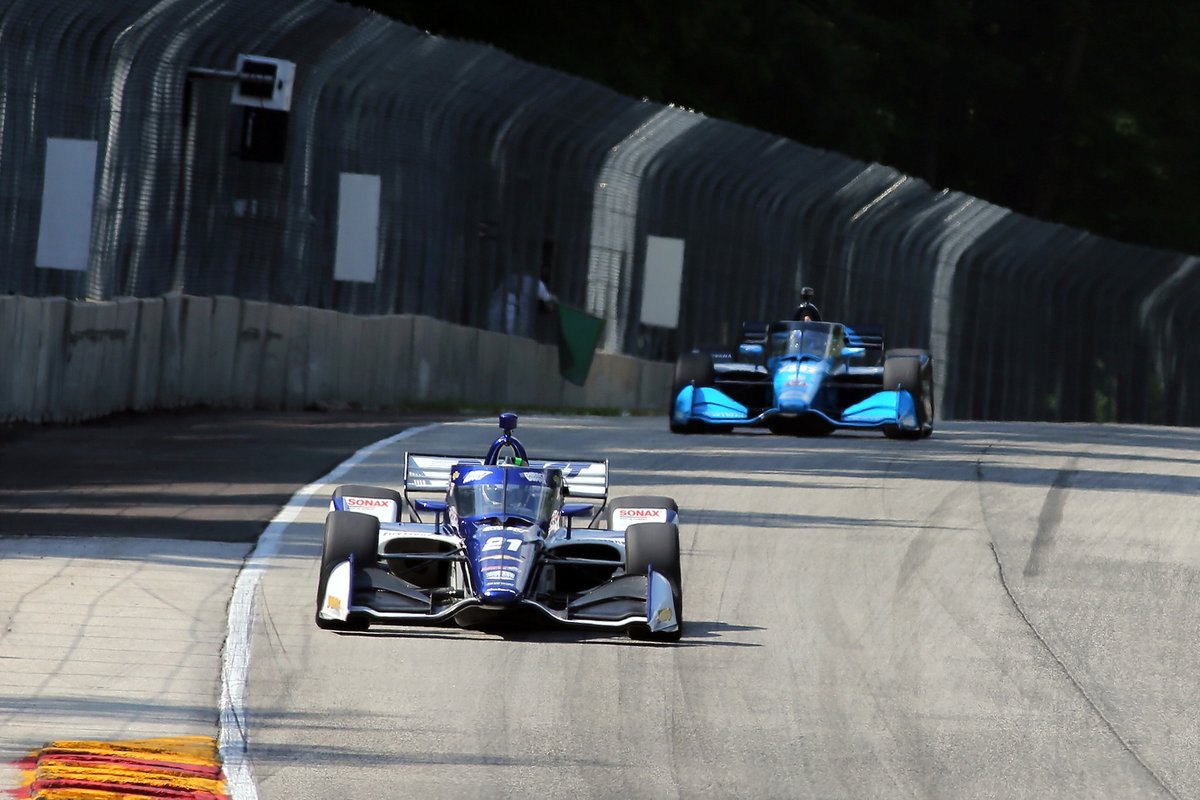 “It’s a fantastic opportunity to run the final three races of the season with such a capable team as Rahal Letterman Lanigan Racing,” said Askew.

“We had a very productive test together a few weeks ago at Barber and I’m excited to drive the team’s car again, this time in Hy-Vee colors in one of the most competitive racing environments the world has ever seen.

“I believe we can put together a great string of results and I’m excited to get to work.”

Bobby Rahal, who co-owns RLLR with David Letterman and Mike Lanigan, has confirmed that the team will run three full-time entries in 2022.

Jack Harvey is expected to be confirmed soon as incumbent Graham Rahal’s partner, and speculation is rife over the occupant of the third seat.

Current RLL driver Takuma Sato is arguably the most obvious candidate, but Askew being granted three straight races to prove himself in the third car suggests he too is being strongly considered for an opportunity in the expanding squad.