AJ Foyt Racing is relying on 2004 IndyCar champion Tony Kanaan to bring out the best in it, according to team president Larry Foyt

Kanaan left Ganassi to join Foyt at the end of 2017 for a chance to be the lead driver within a team.

He has since been partnered with fellow Brazilian and former Indy Lights driver Matheus Leist for 2018, making this the second successive season in which Foyt has replaced its entire driver line-up.

Foyt says that the wholesale changes to the team's s staffing and drivers does not mean it is disadvantaged, as it was still able to attract Kanaan - who is bringing long-time engineer Eric Cowdin with him.

"I don't feel like it was a complete overhaul," Foyt said.

"The driver/engineer combos are new, but they are plugged into something we have been building over the last few years.

"What we have been building has allowed us to attract a Kanaan/Cowdin pairing, and they will help take us to the next level.

"Tony is in a great situation wherein a team is being built around him with some familiar faces who believe in him. 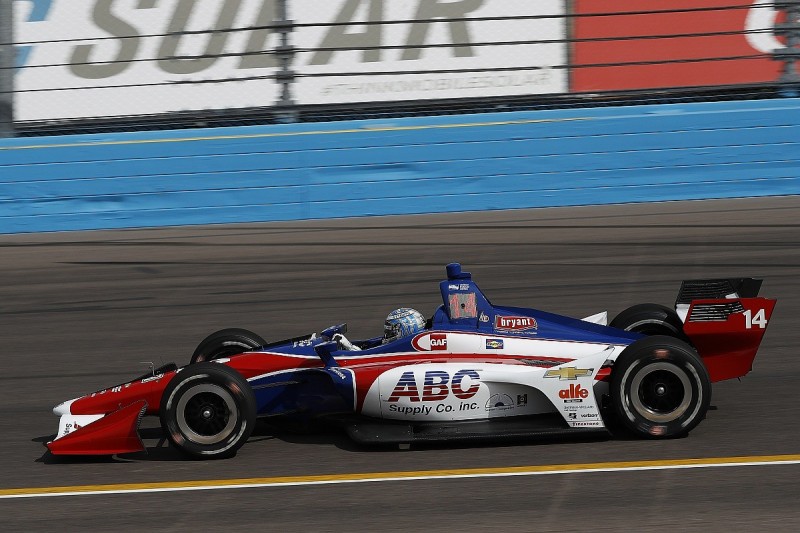 "We all have the same goals, and nothing is a wholesale change from the way we operated in the past.

"It's basically us believing in Tony and his leadership to get the best from him, and Tony pushing us to be the best team we can be."

Cowdin and Kanaan won the 2013 Indianapolis 500 together, and Foyt believes partnering his lead driver with key personnel from his past will push the team on.

"Probably the most important relationship in a race team is the driver/engineer relationship," he said.

"Having Tony Kanaan and Eric Cowdin together is like bringing a long and happily married couple to the group.

"That relationship, already being familiar and successful, certainly has helped speed our progress."

AJ Foyt will enter its second year with Chevrolet as its engine manufacturer and Foyt believes a year's experience will prevent a repeat of last year's disappointment - with former drivers Conor Daly and Carlos Munoz finishing 18th and 16th in the 2017 standings.

"Going into last season, we were learning a new engine, as well as new drivers and new engineers," he said.

"It's great to be entering our second year with Chevrolet. Having the understanding of how each other works, and all the players involved, puts us in a much nicer place compared to the beginning of last season.

"True, we do have two new drivers this year, but it was important for us to have our plans done early.

"Last year, our programme came together too late and we started the season on the back foot.

"For this season we were able to get everything buttoned up soon after the final race of '17.

"This enabled us to implement an aggressive winter testing programme and be on track with Tony before the new year came."

The emerging threat to IndyCar's giants