Dixon and title rival Josef Newgarden survived a chaotic and bruising 100-laps at the St Petersburg Grand Prix to move from 11th and eighth on the grid to finish third and first respectively.

But the Chip Ganassi Racing-Honda driver's points lead going into the race was enough to leave him with a 16-point cushion at the top of the championship table.

Even with Newgarden's Team Penske-Chevrolet winning his second consecutive St Petersburg race, Dixon needed only to finish in the top nine to claim his sixth title.

"It definitely got pretty close there!" he told NBC after the race.

"Credit to Josef and Team Penske, they drove the last part of the season flawlessly, and scored so many points.

"It was awesome to race them again. We know next year is going to be the same."

Dixon is now only one championship away from matching legend Foyt's all-time record.

"It's tough, as you can see from the competition, if you mess up in qualifying. But credit to the team to be able to pull ourselves out of the hole this weekend.

"We needed a smooth race, and that's what we did. We definitely had the speed when we needed to push.

"Credit to Josef, he drove a hell of a race and put us under a lot of pressure." 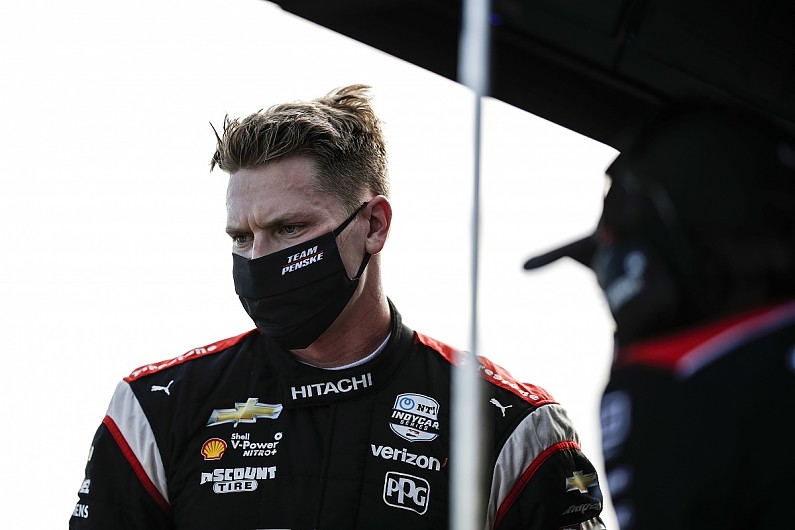 Newgarden, IndyCar champion in 2017 and '19, told NBC his day was "definitely bitter-sweet" after scoring his fourth win of the year, a tally that matched Dixon's in 2020.

"Congrats to Scott and his crew; it's big-time to win six championships. They were a great competitor," he said.

"On one hand, I don't know what I'd do differently this year, or what I'd ask my guys to do differently. They were flawless, fastest in the pits. Extremely proud to drive for my team. It's an incredible crew, and we just came up short.

"We weren't good enough, we'll reset and hit them harder next year, and I promise you, we'll be in the fight. We were just a little short on points."

The caution flags and subsequent restarts played into his hands as he rose from eighth on the grid and into the lead, fending off Arrow McLaren SP's Patricio O'Ward who scored his second runner-up finish of the season.

"We didn't need a full-green race, so that played into our favour today," added Newgarden.

"We had the flow of the race that we needed. It was fun to race Pato, even when it was really difficult at the end of the race and the pickup on the tires was really tough to clean. I've really enjoyed driving against him.

"We had a fairly quick car, had to make some moves and outlasted everybody. We did what we needed to do... but we knew fate wasn't entirely in our hands. We did what we could and hoped for the best."