Will Power says that he's willing to give up a victory in the IndyCar Series finale at St. Petersburg to help title-challenging team-mate Josef Newgarden if the situation arises.

Team Penske driver Newgarden is the only driver who can prevent Chip Ganassi Racing's Scott Dixon from clinching a sixth title, having trimmed the Kiwi's championship advantage from 117 points to 32 in the last four races.

However Dixon can still win the title with a ninth place finish, even if Newgarden wins the race and gains the two bonus points for leading the most laps.

The pair will start from eighth (Newgarden) and 11th (Dixon) after a disappointing qualifying topped by Power, who is embroiled in a scrap for third in the standings with Colton Herta and Pato O'Ward.

Speaking after securing his fifth pole of the 2020 campaign ahead of Alexander Rossi and Herta, 2014 champion Power said he would be prepared to sacrifice track position if Newgarden needed help.

Asked if it had crossed his mind about what he'd do if Dixon was running poorly and Newgarden required only track position on Power to clinch the championship, the Australian replied: "Yeah, it has. I mean, obviously if that's the situation, I would let him go." 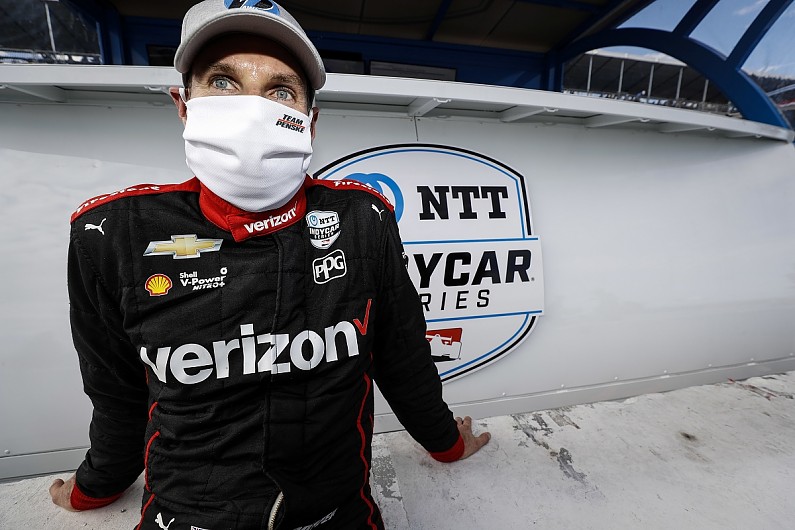 However, Power said that his main focus is on securing a third win from the past five races, after victories at the Mid-Ohio and Harvest GP double-headers, which he sees as crucial to building momentum for 2021.

"It would be amazing to win the last race of the season" he said.

"It would really make this year worthwhile for me. I would feel very good about it, get to go on vacation feeling good about the finish of the year.

"[I'm] super-determined about converting the pole into a win.

"We have to come into next year with very solid pit stops and solid races and we have to get ourselves in a championship position so we're not in a hole, having to dig ourselves out the whole way.

"There's just been too many years we've done that.

"That's a huge focus of mine going into next year."