© 2020 Autosport.  All rights reserved.
Previous / Castroneves to stand in for Askew in Harvest GP
Next / Dixon: 2020 IndyCar title would "mean the most"

James Hinchcliffe will join Andretti Autosport for the final three races of the 2020 IndyCar season following Zach Veach's split from the team.

Hinchcliffe, a six-time IndyCar race winner, has slotted into the sixth entry for Michael Andretti's team on three occasions so far this year, but now takes over the #26 car from Veach who was released by the team with immediate effect earlier this week.

Prior to this year, Hinchcliffe spent three years at Andretti Autosport and notched up three wins in 2013 on his way to eighth place in the final drivers' standings.

"It's always unfortunate to have to change drivers this far into a season, but we have to look at finishing the year the best we can for the 26 team and start evaluating and looking at options for 2021," Michael Andretti said.

"James has an existing relationship with our team that we'd love to build on and it makes the most sense for him to step in for these last three races. We are looking forward to seeing what he can do."

"I know, probably better than most, what Zach is feeling right now, and I have to say that he has handled everything about as class act as you can," Hinchcliffe said, having been dropped by Arrow McLaren SP at the end of last year. 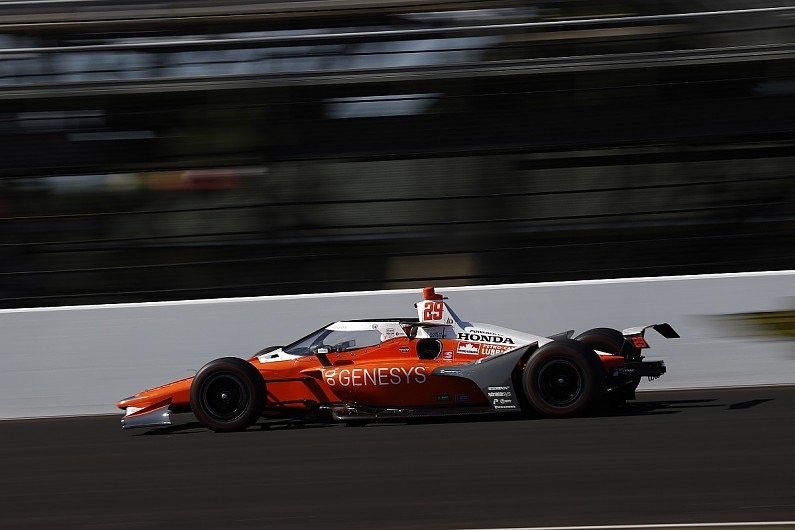 "I've known Zach as a team-mate, before that as a colleague and even before that as a friend, and he is a guy that I respect in every way. I know he is a fighter and will fight back to where he wants to be.

"For me now, my focus is 100% on racing the Harvest GP and getting the best possible results for Gainbridge, for Honda, for Michael and for the team.

"I obviously haven't been on a road course in a while, but at least the last time I was, it was here at IMS. Hopefully that puts us in a good position to go out there and have a strong weekend."

Hinchcliffe has made three outings for Andretti Autosport so far this season with a highlight of seventh place at the Indianapolis 500 last month.

Share this article on Facebook Twitter LinkedIn Email
Previous / Castroneves to stand in for Askew in Harvest GP
Next / Dixon: 2020 IndyCar title would "mean the most"
© 2020 Autosport