Ed Carpenter Racing rookie Rinus VeeKay hailed Sunday's IndyCar race at Gateway as "one of the best races I have ever driven" en route to a hard-fought fourth place finish.

VeeKay, who leads the rookie standings, climbed from 14th to sixth in Saturday's race one, at a track in which he had won in Pro Mazda (now known as Indy Pro 2000) in 2018 on his way to the title.

The Dutchman had also finished second at the Illinois circuit in Indy Lights last year on his way to the runner-up spot in the championship.

After the first race, VeeKay was confident enough to declare that "we were on our way to the podium, I think, but a yellow kind of screwed me."

VeeKay excelled in the second race, despite starting 18th, and passed six cars on the opening two green-flag laps.

Adopting the same strategy as race one, he was brought in early prior to every pit cycle and it paid dividends.

After the first round of stops, VeeKay ran behind only Pato O'Ward and Will Power.

He ran ahead of eventual race-winner Josef Newgarden at this stage, only for the reigning champion's pit crew to leapfrog the Dutchman for the third stint.

The late-stopping Colton Herta also jumped him in the final stint, but VeeKay repassed the Andretti Harding Steinbrenner car around the outside of Turn 1 with 36 laps to go. 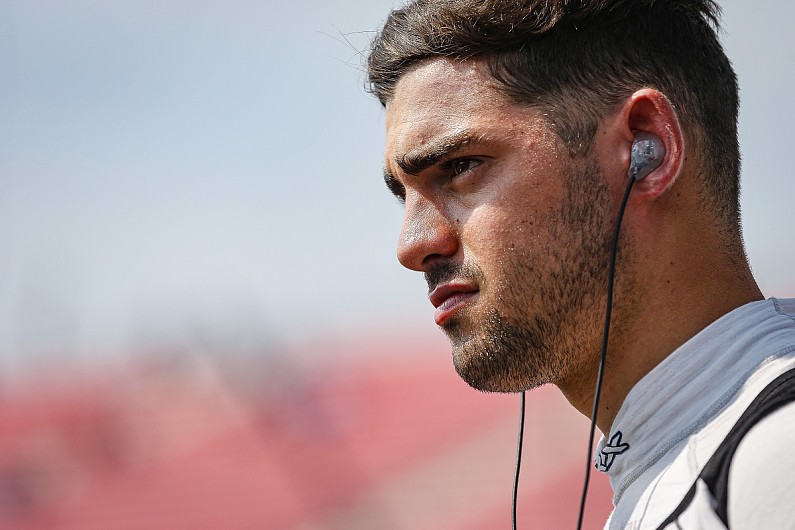 Slight contact was made, and Herta was annoyed as his lost momentum also allowed Scott Dixon past, but Race Control saw no reason to penalise VeeKay.

When the lapped Marco Andretti cut in front of Power, there was a chance that VeeKay might feasibly have wrested third place away from the 2014 champion, but Takuma Sato's smack against the wall on lap 197 meant the race ended under caution.

"It was a great race, one of the best races I have ever driven," said VeeKay.

"Yesterday, I started 14th and finished sixth so today, starting 18th, I was aiming for a top 10 finish.

I had an amazing first lap, got around a lot of guys. The strategy was brilliant, so shout out to my team for making this possible!

"Those last few laps were very tough, everyone was all over the place.

"I just missed out on the podium but that's okay, P4 was the best I could do."

Having been heavily damaged in the race one start-line pileup, Carpenter felt that his car was still suffering the after-effects in race two and finished in 21st.

With no more oval races on the 2020 schedule, this was Carpenter's final entry as a driver until 2021. 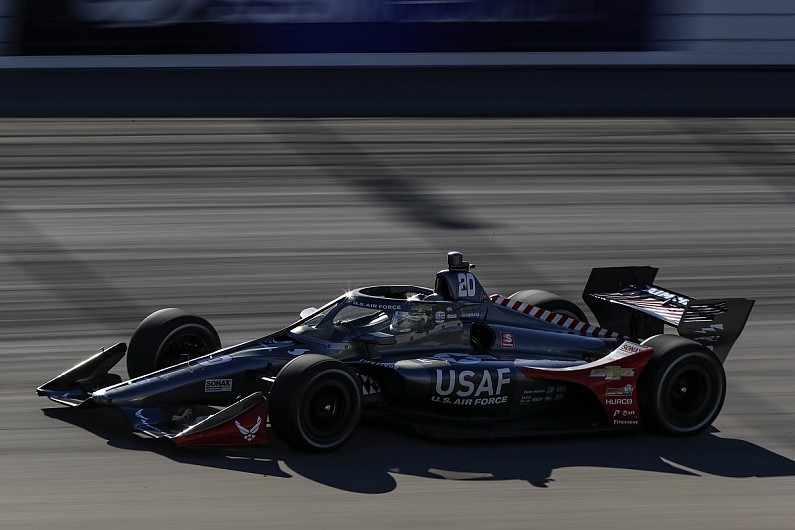 "This was a really disappointing end to a very tough year," said Carpenter.

"It was really only a couple of months since our first race was in June!

"It started off well there, but it has been a lot of bad luck since then.

"Today was just another tough day. The car wasn't the same after we were hit at the start yesterday.

"There are still a few races left in 2020, so we'll focus on Rinus and Conor [Daly] and finish out the season strong as a team."