However Sato's right-rear tyre change was slow and an 11-second stop denied him the opportunity to overcut Dixon.

Sato emerged in third place, but the ex-Formula 1 driver quickly passed O'Ward around the outside of Turn 1 with 21 laps remaining and set about closing the two second buffer to Dixon.

With fresher Goodyear tyres and less fuel aboard, Sato soon closed to within 0.3s but was unable to make a move on Dixon, who recorded his fourth win of 2020 and became just the third driver after A.J Foyt (67) and Mario Andretti (52) to reach the landmark of 50 wins in US open wheel racing.

O'Ward, who had undercut poleman Will Power at the first round of pitstops around lap 63, took his second top three result of the season ahead of Colton Herta's Andretti Autosport machine. 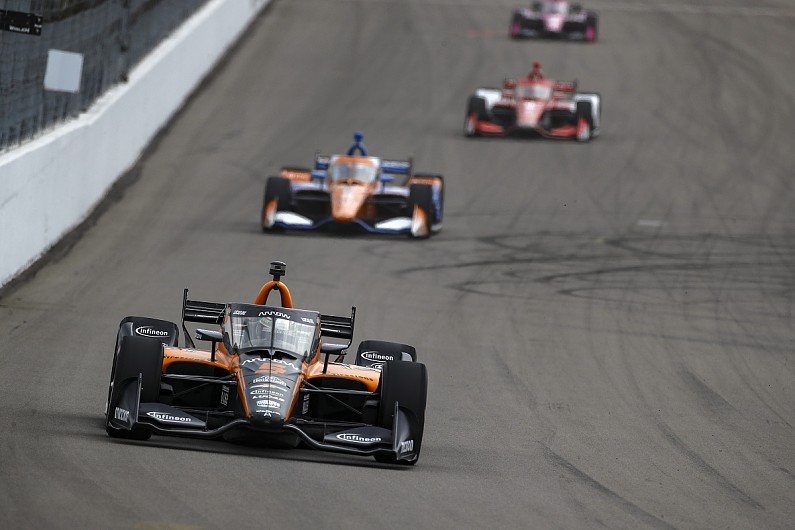 After starting fourth, Marcus Ericsson made it two Ganassi finishers in the top five with an effective drive to fifth, his second top five of the campaign.

Rinus Veekay ran off-strategy for a majority of the race, often pitting around 15 laps before the pack, and this brought the Dale Coyne Racing rookie sixth place ahead of Ryan Hunter-Reay (Andretti) and Felix Rosenqvist (Ganassi).

In what is expected to be his final non-Indy 500 weekend in IndyCar, 2004 champion Tony Kanaan scored his best result in over a year by bringing his A.J Foyt Racing entry home in ninth, one place ahead of Carlin's Conor Daly.

Newgarden and Penske team-mate Power had made their second pitstops in the laps prior to the caution, and did not have time to cycle out before the yellows were flown.

Whilst Power could only finish a twice-lapped 17th after pitting for a puncture on lap 134 and having to make another late stop, Newgarden salvaged a 12th place finish.

Before the race had even started, Alexander Rossi was taken out in a bizarre incident triggered by Alex Palou breaking out of line early just before the start. 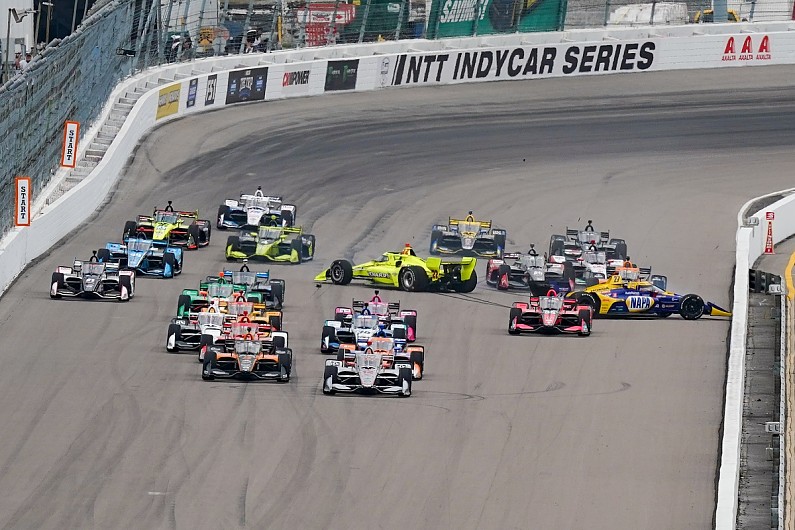 Simon Pagenaud had to brake sharply to avoid Palou but was then rammed by McLaren's Oliver Askew and tagged Rossi as he spun.

Rossi's front right clipped the wall, and further contact including team-mates Marco Andretti and Zach Veach eliminated all three, as well as Ed Carpenter - whose Indy 500 was ruined by lap one contact with Veach.

Pagenaud struggled on to lap 67 before he retired with gearbox gremlins.