Colton Herta fended off Will Power to win the IndyCar season finale at Laguna Seca as Josef Newgarden secured his second series title. 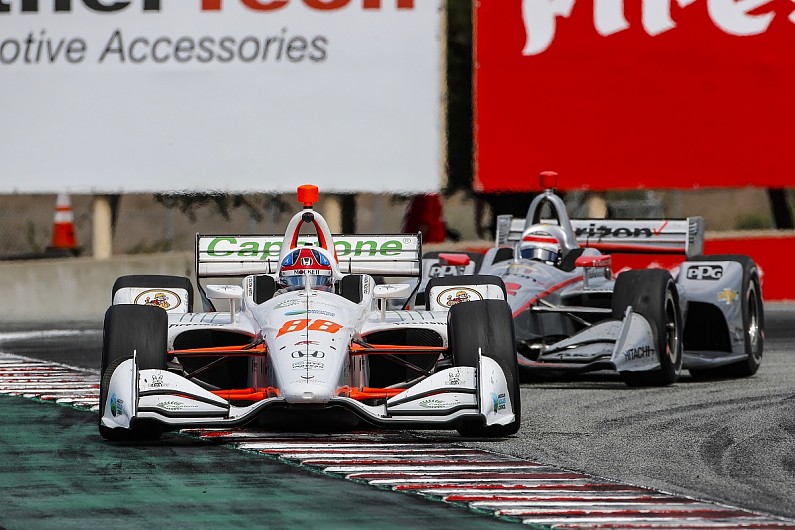