Alonso will test a 2018 Indycar for the first time on Wednesday, although the two-time F1 champion has said it will not influence his future.

IndyCar and McLaren are currently working on a 2019 programme which could encompass either the entire season or just the Indianapolis 500.

Mansell switched to Indycar after winning the 1992 F1 title with Williams and joined the series as it began a golden era.

Autosport understands IndyCar has also delayed its international TV rights deal, sensing the Mansell-like impact Alonso and McLaren would have.

The Andretti IndyCar team has been linked with an affiliation to the McLaren project, reviving its 2017 Indy 500 partnership.

"That would be great, I hope he does want to do it," Andretti told Autosport. "I think he still hasn't made his decision yet.

"Hopefully, he enjoys his time in the car and he'll want to do it.

"He was very competitive at Indianapolis, and Indianapolis is a difficult race track and he did very well there.

"Obviously, on road courses he's going to be strong, so I see no reason why he can't be competitive right away.

"It would be huge for IndyCar racing. It would be very similar to what happened when Mansell came over in the early 1990s. 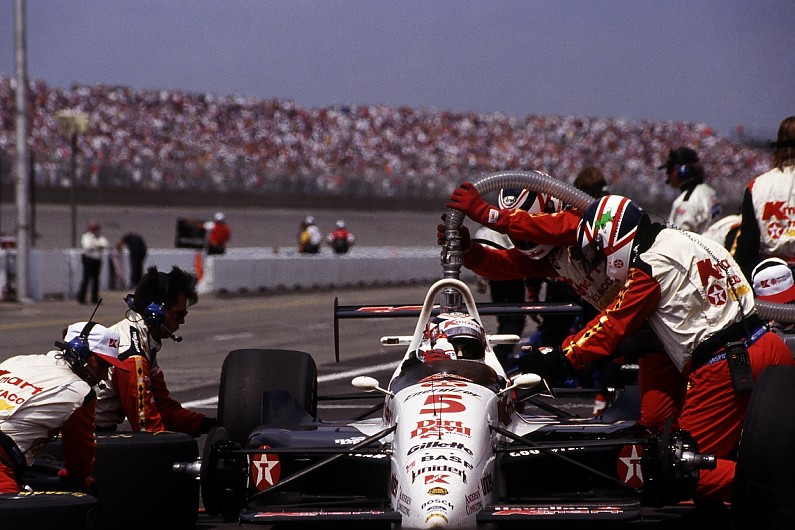 "It brought a notoriety to Indycar racing and it helped it grow.

"I'm hoping that Fernando, were he to decide to come here, that it would be a similar thing."

Andretti hinted that a collaboration between McLaren and his team is possible.

"I'd love to work with him again because he was really a lot of fun to work with at Indianapolis last year," said Andretti.

"We've always been ready for a five-car team if we have to be. That wouldn't be a problem. But we'll see what happens.

"There are still a lot of things that have to happen yet, but hopefully it will be good in the end."

McLaren is known to favour Chevrolet engines if it was to have its own IndyCar project, and there had been speculation that Honda would not supply engines based Alonso's continued criticism when it powered McLaren in F1.

Honda had previously stated that it would like to work with Alonso again, and Andretti added: "Honda has no problems with Alonso, no problem there."