Josef Newgarden continued on top of the timesheets in the second practice session at Sonoma ahead of the 2017 IndyCar season's championship decider.

The points leader set a lap time of 1m16.2485s to head a Penske 1-2-3-4 in front of Simon Pagenaud, Helio Castroneves and Will Power, who are all fighting to displace him at the top of the standings.

Power was the only driver to have a drama during the session as he spun with a quarter of the 45 minutes remaining at the hairpin near the end of the lap.

The session was otherwise uneventful apart from one short red flag period after the halfway point due to two spectators getting past a gate, seemingly to take photographs of the cars.

Andretti Autosport's Ryan Hunter-Reay was the highest-placed driver who cannot win the title in fifth above Scott Dixon, who sits three points behind Newgarden.

Marco Andretti beat championship long-shot Alexander Rossi to seventh. Rossi is 84 points adrift of Newgarden with a maximum of 104 remaining.

The other outside title fighter Graham Rahal was 10th behind Takuma Sato. 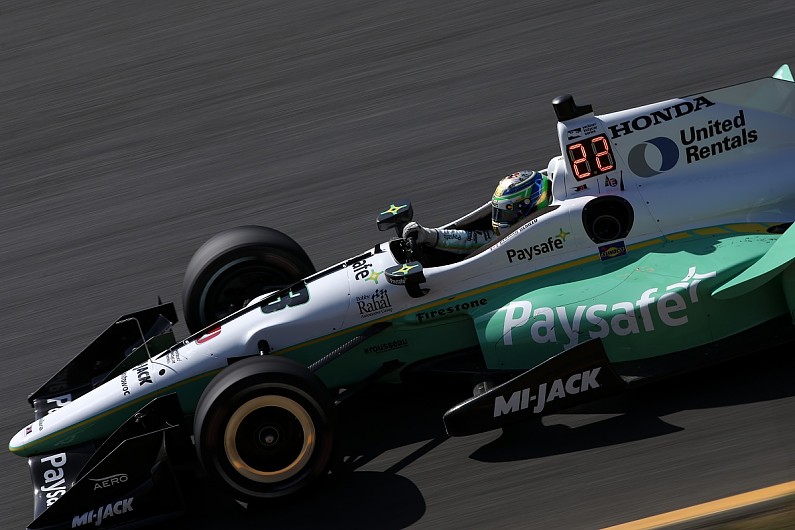 Series newcomer Zachary Claman DeMelo again finished as the last of the 22 cars, 1.8119 seconds adrift of the best time.

The Canadian set a slower lap than his effort in first practice but his deficit to the nearest car narrowed from 0.2940s to 0.0724s.