The Penske driver set a lap time of 1m16.3950s to lead ahead of team-mates Will Power and Simon Pagenaud.

These drivers are among the seven who have a mathematical chance of winning the championship this weekend, with a doubled total of 104 points available. 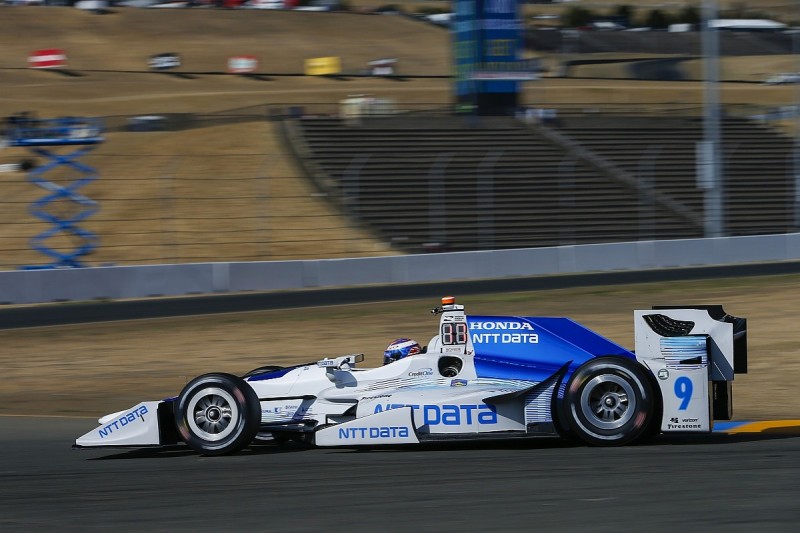 Dixon was sixth fastest, ahead of Ryan Hunter-Reay.

Castroneves was eighth, with Tony Kanaan and Marco Andretti rounding out the top 10.

Graham Rahal - who has an outside chance of the title, beginning the weekend 94 points behind Newgarden - was 11th.

Takuma Sato started his final weekend for Andretti Autosport in 12th, while JR Hildebrand ended up 14th as he prepares to depart his current Ed Carpenter Racing seat after the event - two places ahead of 2018 replacement Spencer Pigot.