Pagenaud was one of the last drivers to head out onto the circuit, but moved to the top of the timesheets just past the mid-way point in the 45-minute session.

Last year's Mid-Ohio race winner was shuffled back in the closing stages, but he bounced back with two minutes left on the clock to put in a 1m04.9079s and go quickest.

Rahal jumped up to second place in the final moments of practice one, narrowly missing out on first place, with Marco Andretti shooting up the leaderboard late on to finish third.

Helio Castroneves briefly held the lead before dropping to fourth, with fellow Penske drivers Will Power and Josef Newgarden - winner last time out in Toronto - fifth and seventh.

Ganassi's Max Chilton finished between the Penske drivers in sixth, having set the pace in the early stages of first practice. Ryan Hunter-Reay was next up for Andretti.

Championship leader Scott Dixon, a five-time Mid-Ohio winner in IndyCar, was ninth fastest and Spencer Pigot completed the top 10 after a late improvement.

Toronto podium finishers Alexander Rossi and James Hinchcliffe only managed 11th and 12th, having earlier featured at the top of the timesheets. 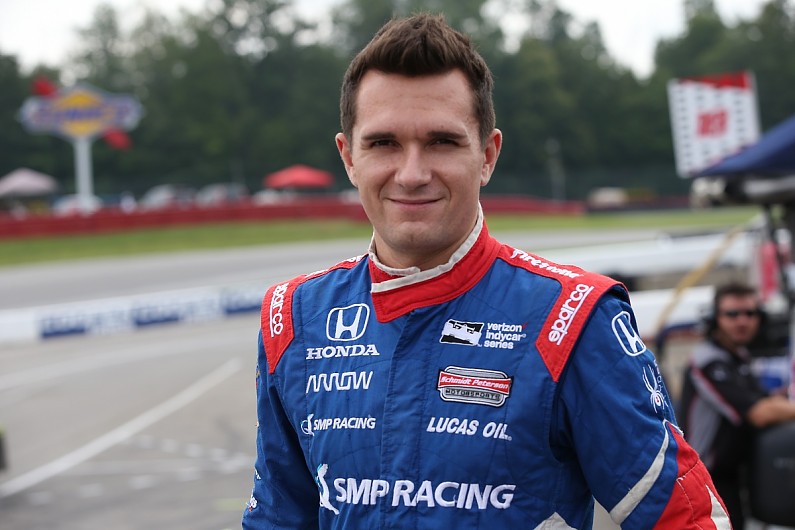 Mikhail Aleshin returned from a one-race break, where he was replaced by Sebastian Saavedra at Schmidt Peterson Motorsports, to claim 13th.

Indianapolis 500 winner Takuma Sato could only manage 16th, while former Formula 1 driver Esteban Gutierrez suffered a slightly messy session - spinning at Turn 2 - and was 20th, albeit still within 0.9s of Pagenaud.