Ganassi is close to finalising the identity of Dario Franchitti's replacement in its #10 IndyCar and expects an announcement before Christmas.

The team's managing director Mike Hull told AUTOSPORT that Ganassi has taken its time in assessing candidates for the drive, but its search is nearing an end.

"We decided that the best thing for us to do, because we're not pressed, is just to get a good vision of the landscape," he said.

"And yeah, we're getting closer - finally. I guess we have been contacted by 40 to 50 people that you'd consider to be candidates to drive an IndyCar. I think [the announcement] will be before the holidays."

Interest in the seat has not been limited to US-based drivers, with ex-McLaren Formula 1 racer Sergio Perez among those to eye Ganassi.

Hull said that the specific demands of IndyCar, coupled with limited testing, made series experience important.

"I think IndyCar experience is more of a premium today than it was several years ago," he said.

"The schedule is very compact, you don't get very much testing now, and the thing that is really difficult to get right when you're learning to drive an IndyCar is an oval. 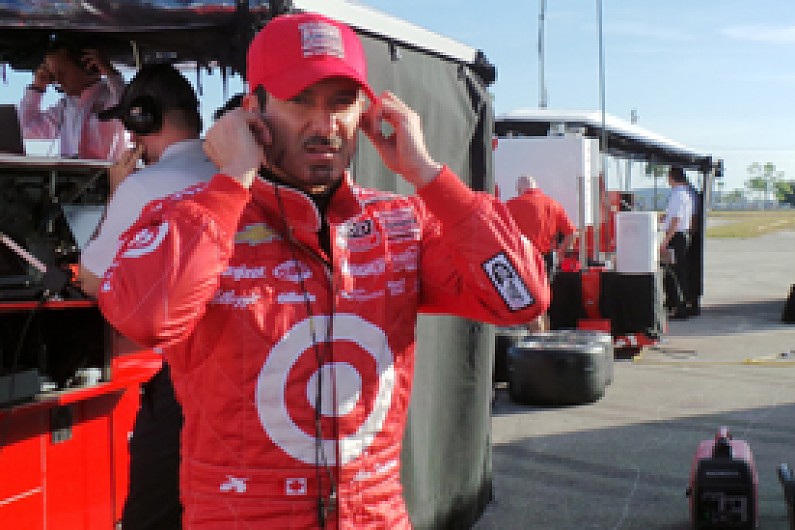 Opinion: Franchitti has matched his heroes

"The second thing that happens is that an IndyCar runs two-hour races, and you need to have drivers who understand that physically. And that in turn controls the mental side of what you're doing.

"With wheel to wheel action non-stop for the pretty much the entire time, you can see how important that is."

But asked if Rubens Barrichello's tough IndyCar season in 2012 suggested a long F1 pedigree alone was not enough, Hull replied: "That's true. I agree with that.

"One thing that a Formula 1 driver does have is that they've raced for two hours under a lot of pressure. Barrichello didn't make a lot of mistakes [in IndyCar], did he?

"So I think that shows you where a driver from that category would be in an IndyCar.

Ryan Briscoe has been strongly linked with the seat, while Alex Tagliani (pictured) reprised his understudy spot from the Fontana finale when he drove the #10 in testing at Sebring on Wednesday.

According to Hull, Tagliani's primary role was to provide the team with an additional reference point on its debut with Chevrolet power and new arrival Tony Kanaan.