Castroneves had been the provisional polesitter until Power took his turn on the track, and the Australian's two-lap average of 220.775mph was enough to bump the Brazilian from the top spot by 1.1mph.

"It would have been nice for Helio to get the point," Power said. "But Scott [Dixon, Castroneves' title rival] didn't, so it still keeps it alive."

Even if he had beaten Power, the 10-place grid penalty that Castroneves carries into the weekend would still have prevented him from lining up for the race on pole.

Dixon, who qualified seventh-fastest, has a similar penalty and will start from 17th.

Power had commented during the session that his main job had been to keep Dixon from claiming pole; an idea that the New Zealander found baffling.

"I'm surprised he thought we had that much pace," he said.

AJ Allmendinger, called in by Penske to drive a third car to reinforce Castroneves' title hopes, did a great job to finish up third-fastest despite not having driven an IndyCar since Detroit in June. Despite the result, the NASCAR regular was convinced that he could have gone quicker.

"I still feel like I'm chasing the car," he said. 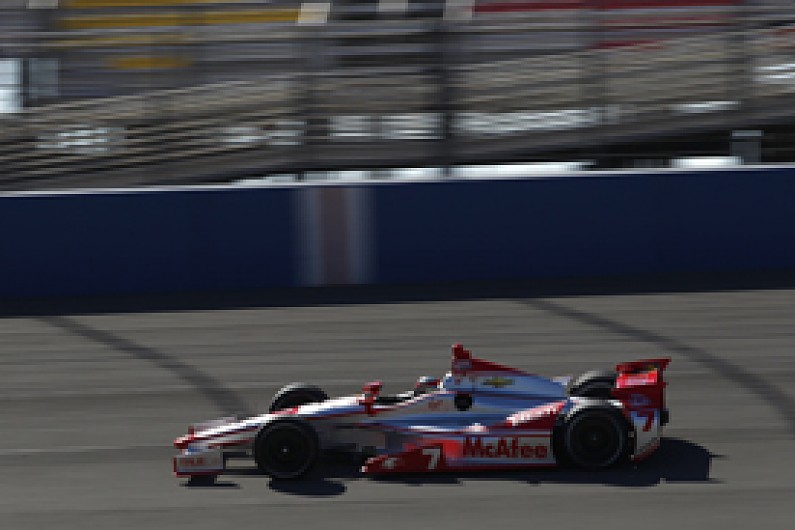 Alex Tagliani, who is standing in for the injured Dario Franchitti at Ganassi, finished up 13th-fastest.

"There is a lot at stake with Scott, and we need to make sure we have a good car in the race," said Tagliani. "We didn't go out to try and push and try to do anything special in qualifying."