Before the IndyCar season opener in St Pete, the drivers' meeting - normally a routine and boring procedural affair - lasted nearly an hour, so long that it interrupted a pre-arranged photoshoot, leaving 50 photographers standing about impatiently outside the door.

The reason for the delay? Double-file restarts. The hows and wherefores of restarting a race in side-by-side columns, just like a typical start, were a bit much to handle briefly, so the discussion dragged on.

Three weeks later in Long Beach, the discussion wasn't nearly as lengthy or pleasant after one of the double-file restarts turned stupid, as Helio Castroneves overshot his braking and punted Penske teammate Will Power, Scott Dixon and Oriol Servia. The move - Castroneves' second misjudgement in three races - left Power puzzled and Dixon fuming.

As the IndyCar Series heads into its fourth race of the season, it does so with trepidation and a few bruises. The double-file restarts, the brainchild of team owners who wanted to add a little bass to the dance music, have been little more than embarrassing so far. Adding to the controversy, Castroneves wasn't penalised for his Long Beach blunder (or his mishap at the start in St Pete), lowering the credibility of Brian Barnhart, the top double-file cop and choreographer.

Is this thing ever going to work? Can 26 cars dive into a sharp Turn 1 on a street course without littering the pavement with carbon? What about Indianapolis, where the groove is notoriously narrow? Will this ever work the way it was envisioned, when listless TV ratings were the impetus? How many more well-publicised errors can the series take before integrity - and ratings - suffer beyond repair?

Back to Dixon for answers. Two weeks after Long Beach, he's more rationed in his response. The idea itself isn't bad, he says, nor is it impossible to perform. It's the implementation that's faulty so far.

"I think it's doable," he says. "It's a lot more difficult to achieve visually for the drivers, just because everything happens so fast. On the ovals, I don't see it as a problem, but on the road and street courses, it's tough to pull off.

"What it comes down to is that it's what the fans and racing people want to see. If you've had a bad qualifying, it can be a way to gain track position. It's just that at the moment that you see the space open, it closes. You can't try to make up eight positions on a restart. It's not going to work. Officials need to pull their fingers out of their asses and give penalties, too. You have to police this thing or it won't work."

Several elements play into the bumbling debut of the double-file restart, Dixon explains. First and foremost is track configuration. Both St Pete and Long Beach feature long main straights heading into sharp, low-speed turns. The second race at Barber Motorsports Park, where Turn 1 is a bit less severe, the side-by-side restarts were visually effective, at times stunning, without the collisions that hindered St Pete and Long Beach.

"Barber is a perfect example of how it can work," Dixon says. "If you compare it to St Pete, it wasn't nearly as difficult to get through Turn 1, so we were able to race into it two-wide. The racing at times was pretty spectacular."

But that brings us to the other issues. Pace and spacing. At Barber, the restarts were more controlled, the pre-flag pace faster, the cars able to spread out just enough to avoid disaster in Turn 1. "The accordion effect is so big on restarts. You can't slow the entire field down before the restart and expect it to work. We're going to have to understand spacing to get this right. The competition is so close right now - the lap speeds are very close together - that we're all running the same out there. You can't pull away from each other."

Dixon and others are lobbying Barnhart to speed up the approach to the green flag and thereby space out the field. A bunched up line-up that suddenly accelerates into a sharp, second-gear turn will not come through unscathed. Especially when someone in the sixth row thinks he can gain four positions on a restart.

"We're like a classroom of eight-year-olds when it comes to a restart," Dixon says. "Eventually I think it will be good. There are a lot of positives to be had from it. I think we can get it to the point where accidents on restarts are rare."

He's not concerned about Indy - "It's not going to be that ridiculous slow pace we have at street courses" - nor does he harbour a grudge against Castroneves - "it's not just Helio; he's just the one who's had a spotlight" - and he has yet to see another hour-long drivers' meeting.

"The meetings are better and shorter now that we understand it little more completely," he says. "We need more space. The pace needs to be faster, and the restart cone needs to be placed earlier. Once we understood all the aspects of it and voiced our opinions about it, it started to get better. People forget that the major accident at St Pete was on the start, not a restart. If you look at the starts, they're not a whole lot different than what we usually do, and we've had accidents previously on the start at St Pete."

Dixon stops in his explanation and gets to the bottom of it. The double-file restart is a group project, not a one-man show. "It's a learning process for all of us," he says.

How fast will they learn? That's the most pressing question of all. One that doesn't yet have an answer. 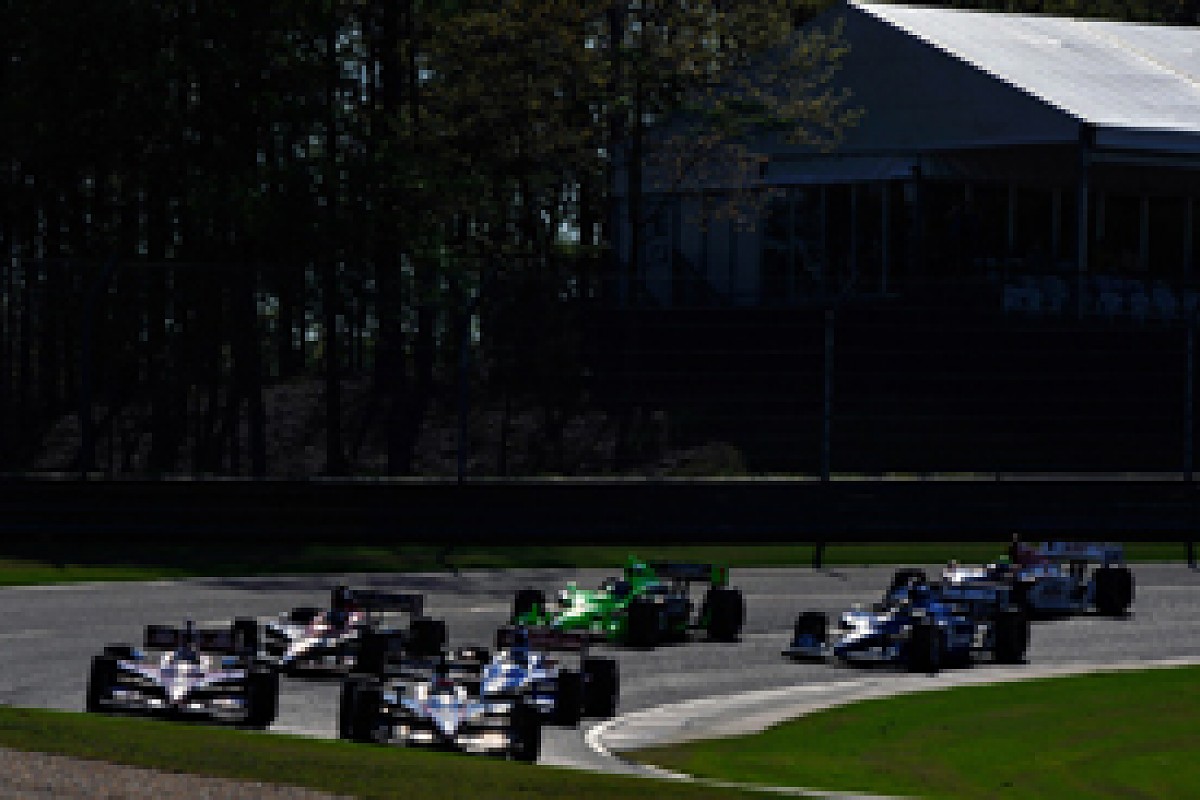