Ricky Taylor scored his second IMSA SportsCar Championship pole position in as many weekends at Watkins Glen, once again leading an Acura 1-2 for his father's Wayne Taylor Racing squad.

IMSA is returning to the former US Grand Prix venue for a 2hr40m race, following last weekend's six-hour enduro, to fill the void left by the cancelled Mosport round.

After charging to victory last weekend, Mazda will only start fifth as Harry Tincknell ran wide and snagged an advertising sign at Turn 8, which meant he was unable to improve his time as the track conditions improved.

PR1 Mathiasen Motorsports’ Ben Keating stole LMP2 pole with a brilliant run to the checkered flag with a lap 0.423s quicker than Steven Thomas’ best in the WIN Autosport car.

Theodor Olsen spun away a chance to start on the front row of the six-car LMP3 pack and brought out a red flag with two minutes remaining. 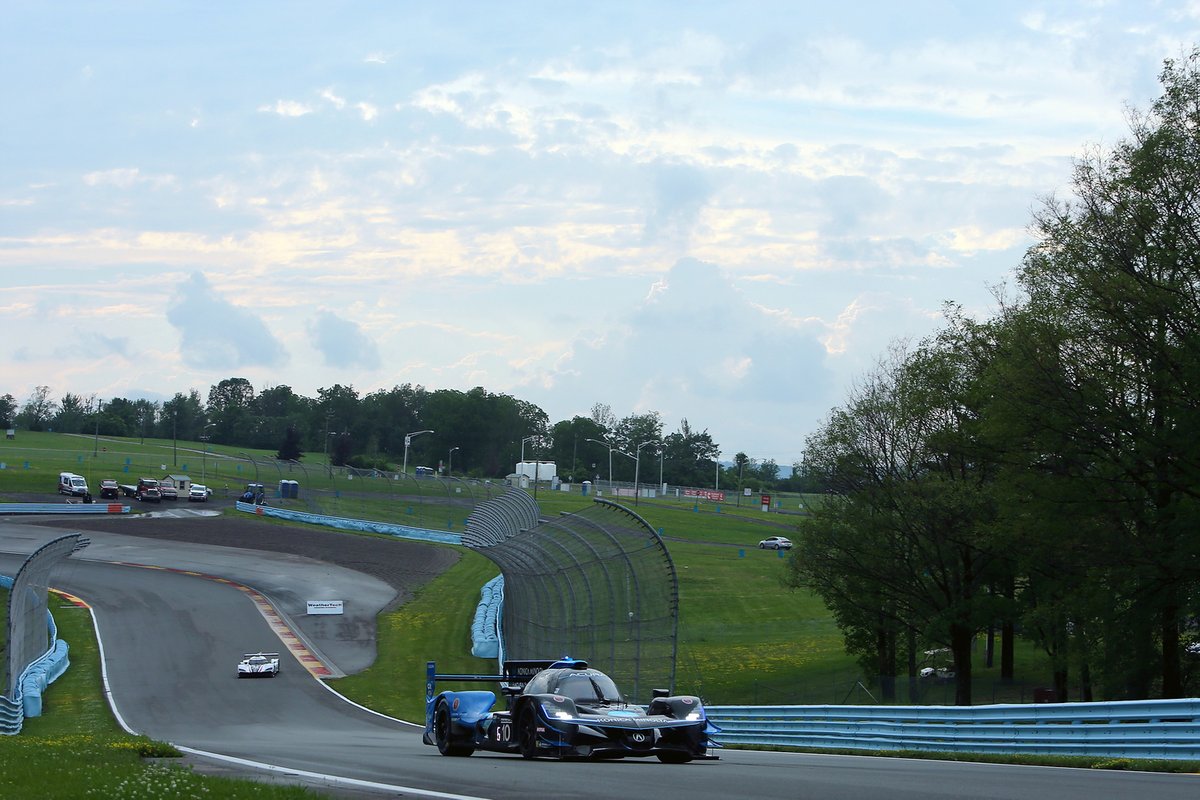 By then, Matteo Llarena in the Performance Tech Motorsports had proven the class of the field, 0.735s ahead of Jon Bennett’s CORE autosport machine and a full second clear of Jarett Andretti's Andretti Autosport machine.

With BMW only contesting the four endurance races, only three cars will contest the GTLM class this weekend.
Jordan Taylor put the #3 Corvette on pole for the second straight week, with 0.224s margin over team-mate Nick Tandy, with the WeatherTech Porsche of Matt Campbell third.

Then the Pros came out to decide qualifying points, and Bill Auberlen's Turner Motorsport BMW went to the top of the speed charts with his first flyer, only to tangle with the Compass Acura driven by Mario Farnbacher and spin off.