The #55 Mazda Motorsports team of Oliver Jarvis, Harry Tincknell and Jonathan Bomarito secured its first win of this year's IMSA SportsCar Championship at the 6 Hours of Watkins Glen.

The trio had to start their Mazda RT24-P at the back of the seven-car DPi field following a change of engine overnight. There was more frustration during the early stages when Jarvis found himself trapped behind Tristan Vautier’s Mustang Sampling/JDC Cadillac.

The team’s first slice of good fortune came after 19 laps when a slower car forced Vautier off-line at the Inner Loop, which enabled Jarvis to sweep past.

All three drivers then worked hard to get back into contention, and took the lead for the very first time following pit stops during the final full-course caution with an hour remaining after the decision was made to change only one tire – the right-front, which had caused some concerns earlier in the race.

To change any more would have negated the time saved by the short fuel-fill, due to the Mazda having been one of the final cars to take on service during the previous pit stop sequence.

The strategy enabled Tincknell to jump from third to first ahead of former Mazda teammate Olivier Pla, whose Meyer-Shank Acura took on fresh left-side tyres only, and the Chip Ganassi Racing Cadillac of Kevin Magnussen.

The race went green again with 38 minutes remaining, which meant the leaders needed to eke out their fuel in order to reach the finish without the need for an extra stop. 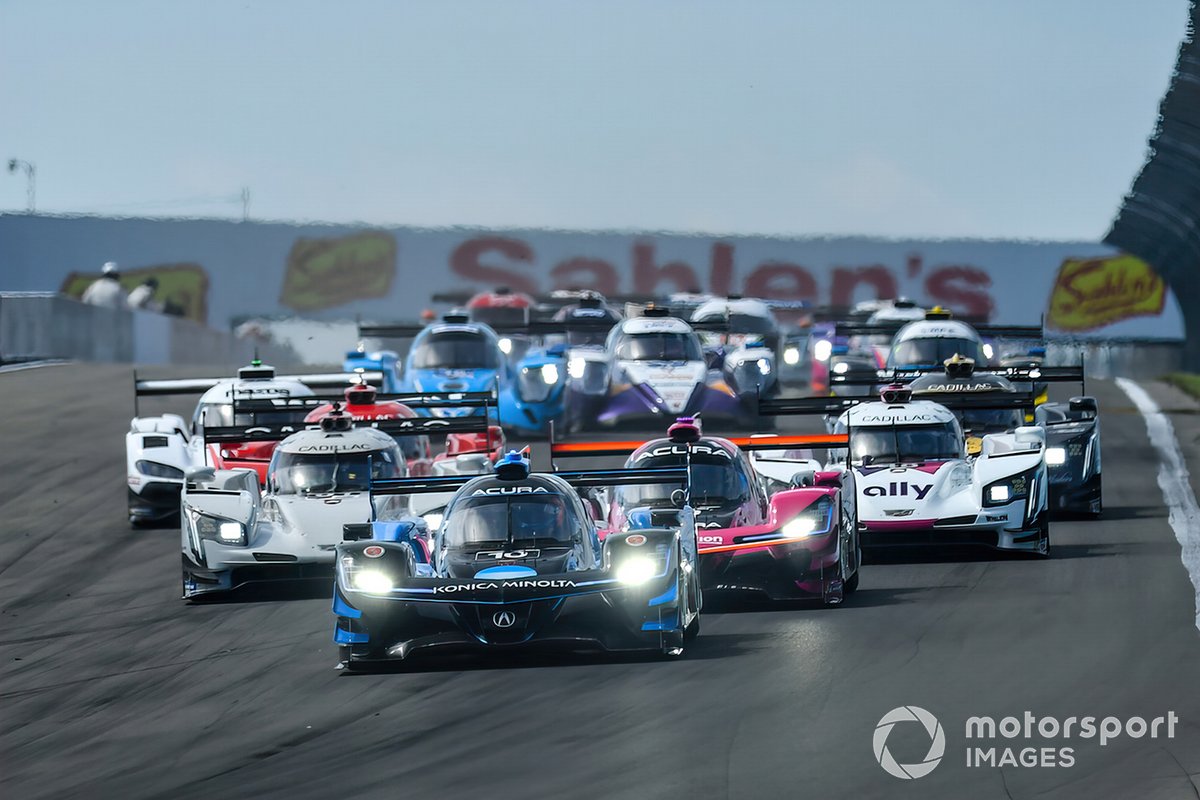 The final stroke of good fortune came with the timing of the white flag signifying one lap remaining before time expired. If Tincknell had crossed the lap just a few seconds earlier, he would have been obliged to complete one extra lap of the classical 3.4-mile venue. This likely would have been one too many, as the Englishman ground to a halt – out of fuel – on his cool-down lap.

Pla and Dane Cameron had to be content with second after leading the majority of the 200-lap race, while pole-winners Ricky Taylor and Filipe Albuquerque, joined for the long-distance event by Alexander Rossi, maintained their slender championship lead with a third-place finish in their Wayne Taylor Racing Acura.

All five classes kept the crown entertained on a warm summer’s day with the Corvette C8.R of Antonio Garcia/Jordan Taylor winning GTLM by less than a second from the BMW M8 GTE of John Edwards/Jesse Krohn/Augusto Farfus.

The competition was equally close in GTD, although veteran Bill Auberlen combined with Robby Foley and Aiden Read to complete another accomplished victory for the Turner Motorsport BMW team and extend their points lead.