Gordon joined Ricky Taylor, Jordan Taylor and Max Angelelli in the victorious line-up in WTR's Cadillac in the IMSA SportsCar Championship opener last weekend, 10 years on from his previous appearance in the event.

With Angelelli retiring from racing after Daytona, there is a vacancy alongside the Taylor brothers for the longer North American Endurance Cup rounds.

Gordon's NASCAR commentary role with Fox Sports rules him out of the next NAEC event, the Sebring 12 Hours, but he would potentially be available for the Watkins Glen Six Hours and Petit Le Mans.

"I'm kind of like Max, to retire on top is kind of a good thing," Gordon joked.

"In all seriousness, I love driving this car. I love working with this group.

"They are an amazing team and they put a lot of hard work, sweat, blood, tears into their preparation to get here.

"I felt pretty early on that there was something special about it.

"It's great to see how it's panned out, especially that great move that Ricky made at the end.

"Every time I get laps in the car, I get more comfortable. So I want to get more laps." 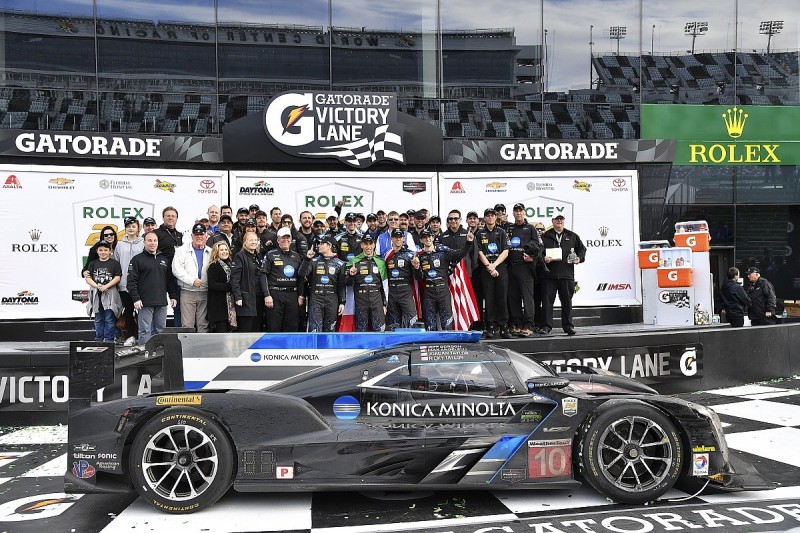 Four-time Cup champion Gordon stepped down from full-time racing at the end of the 2015 NASCAR season, though he came out of retirement to stand in for the unwell Dale Earnhardt Jr for much of last year.

He emphasised that the only thing he had definitely quit was full-time Cup competition.

"When I said retire, it's not from racing, it's just that the Cup car took so much of my time," said Gordon.

"Who knows now? I'm a competitor, I want to be at full pace and contribute - and make sure this team wins.

"I will not be at Sebring, I can tell you that."

Asked if he would consider a Le Mans 24 Hours effort in the future, Gordon replied: "This is where I got myself in trouble by saying 'let's see how this goes'.

"I have a busy schedule, a lot going on with my Fox commitments, and those with Hendrick.

"I'm going to stay in close contact with Wayne, and Ricky, Jordan and Max. See what potential opportunities there may be out there.

"I've got a great relationship with Cadillac and GM, but I have no plans at this time."

Team boss Taylor said working with Gordon had been a career highlight.

"Seeing the way that Jeff has worked with Max and my kids has been more special to me than anything in my racing career," he said.

"To have a guy as humble and nice on board with us, the sad part for me is what happens after this?

"Is he going to go away and never talk to me again? It's like losing a girlfriend, what am I going to do now?" 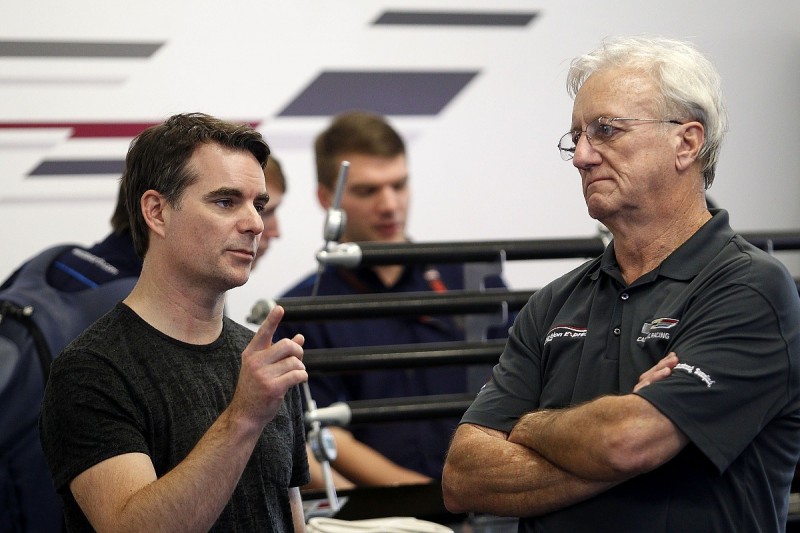