Albuquerque, who shared his Cadillac with Joao Barbosa and Christian Fittipaldi, was leading with just seven minutes of the IMSA Sportscar Championship opener to go when Taylor collided with him at Turn 1.

While Taylor, brother Jordan, NASCAR legend Jeff Gordon and Max Angelelli went on to win, a furious Albuquerque said he would have been "ashamed" had he taken victory in such a fashion.

The stewards took no action over the collision - which Gordon described as "a great move" - and Taylor insisted it was a legitimate passing attempt.

"Obviously I'd been working on it for a while, looking at where we were strong, and it's the 24 Hours so everybody is going to take a risk," said Taylor.

"I don't understand what he says about closing the door and getting hit.

"The way I saw it, we came through GT traffic and I was closer than I'd been.

"He'd been struggling in Turn 1, their car didn't look very good there. 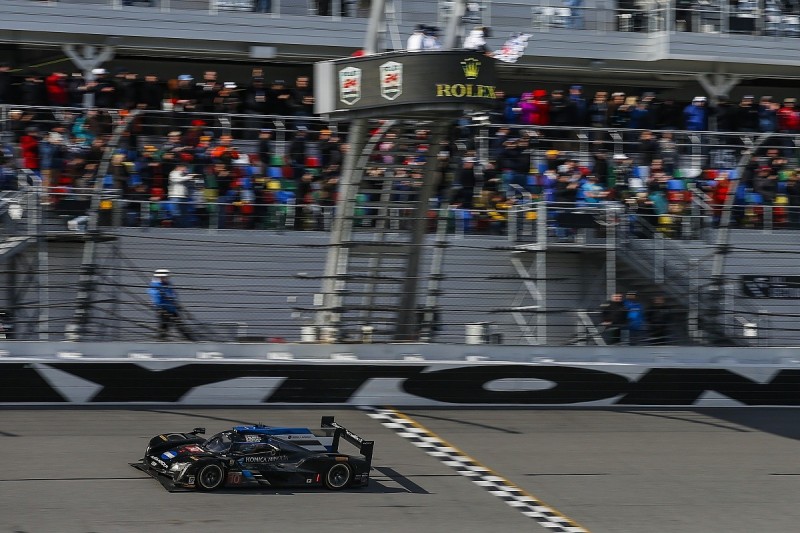 "And we were really strong on the brakes and so I've thought about doing this [move] for years and years.

"People always open up after that little kink, they open their hands a little bit and it's so easy to just release the brake and pop in there. If you get enough alongside, you can make it work."

Taylor believes Albuquerque should accept partial responsibility and ought to have left room.

"Beaux [Barfield, race director] always talks about shared responsibility and if he knew I was committing, why would you close the door and make us crash?

"From my perspective, I wanted to win terribly, it was Max's last race, there was a lot of emotion going on.

"We were either going to make a move and win, or sit there in second and wait until next year, basically."