BMW will race its M Hybrid V8 in the IMSA SportsCar Championship next year and the World Endurance Championship from 2024. Project leader Maurizio Leschiutta shares the workings of the spec, rear-axle-mounted LMDh hybrid kit

Cars built to the LMDh ruleset that replaces the IMSA SportsCar Championship’s Daytona Prototype international class next year will be eligible to race in the World Endurance Championship’s Hypercar class against bespoke Le Mans Hypercars (LMH).

LMDh manufacturers must incorporate a spec hybrid system that produces 50kW (67 horsepower) into their powertrain package, which can produce a maximum power output between 480 and 520kW. This forms a core part of the car’s so-called spine – all LMDh cars are based on LMP2 chassis.

BMW will race in IMSA’s GTP class next year, where it will go up against Acura, Cadillac and Porsche, before the Munich manufacturer’s Dallara-based M Hybrid V8 makes its WEC debut in 2024. It will be joined by Alpine and Lamborghini, with Cadillac and Porsche taking the plunge on the world stage from next season.

Williams Advanced Engineering supplies the battery, which can provide up to 50kW (67 horsepower) of continuous power and has a regen capacity of 170kW. As this contributes towards only a modest element of the drivetrain’s maximum power output, which must fall within the range of 480 and 520kW, Leschiutta says it is “a moderate hybrid” but believes it has been pitched right for the class’s low-cost and performance-balanced mantra.

“The requirements are modest and the battery can be reasonably small, also because it has to be packaged within an LMP2 cockpit and there’s not a lot of space,” he says. “It’s an excellent compromise and from this point of view I think the Williams battery gets the job done.” 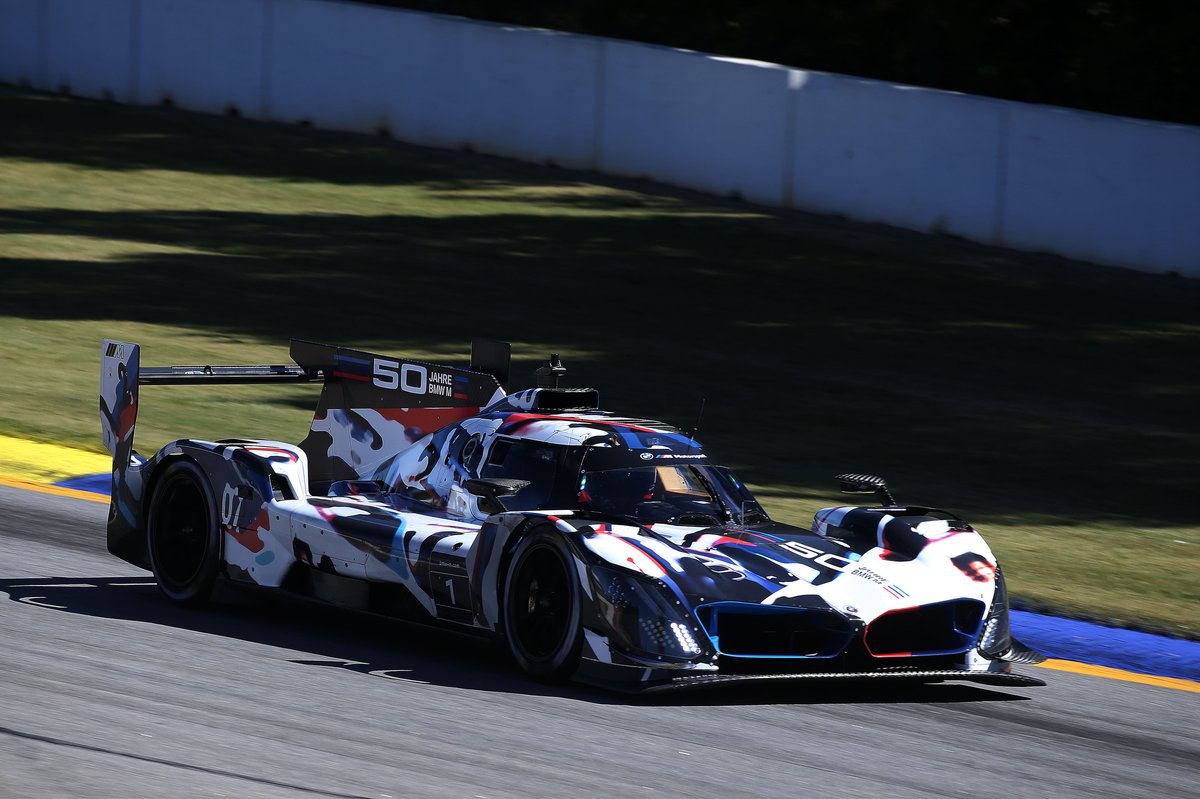 Xtrac’s P1359 gearbox is a seven-speed transverse arrangement that counts the MGU as a fully integrated component and has a maximum power capability of 585kW.

Manufacturer-specific gear clusters, hybrid drive gears and ratios have to be homologated to accommodate the many different approaches to engine architecture taken by manufacturers, and the varying power displacement and torque curves that entails.

It may have been specially developed for the LMDh class, but the ’box uses Xtrac’s P1254 integrated valve actuator (IVA) gearchange system, which Leschiutta says is “a fairly conventional and known technology”. The British company has previously collaborated with BMW on its DTM title-winning M4 GT3.

“We work with them well,” Leschiutta says. Excluding the MGU, the package weighs 78kg.

Bosch supplies the motor generator unit, inverter and is also the integration manager for the entire hybrid system. This includes the brake-by-wire, which cannot be overlooked as manufacturers work out how to deploy the hybrid energy most effectively. Control will be shared by the ECU, developed by the manufacturers, and Bosch’s vehicle control unit – whose configuration, software and settings are not accessible by teams.

Insight: What the brave new world of LMDh really looks like on track

“The electronic braking system is a contribution of the hybrid system to the rear-axle braking, [allowing drivers] to move the brake-bias migration,” says Leschiutta, “so there are a lot of things that you can develop. The key is to integrate these two systems. You have a purely hydraulic system that controls the front brakes and partially controls rear brakes, coupled with an electric motor which is contributing to the rear brake torque, so you want the driver to have a very linear feeling of what’s going on.”

The MGU drives through a gear train homologated for each engine and will perform the same regardless of engine type. To Leschiutta, this baked-in parity is “a key attraction of a spec system for this category”. 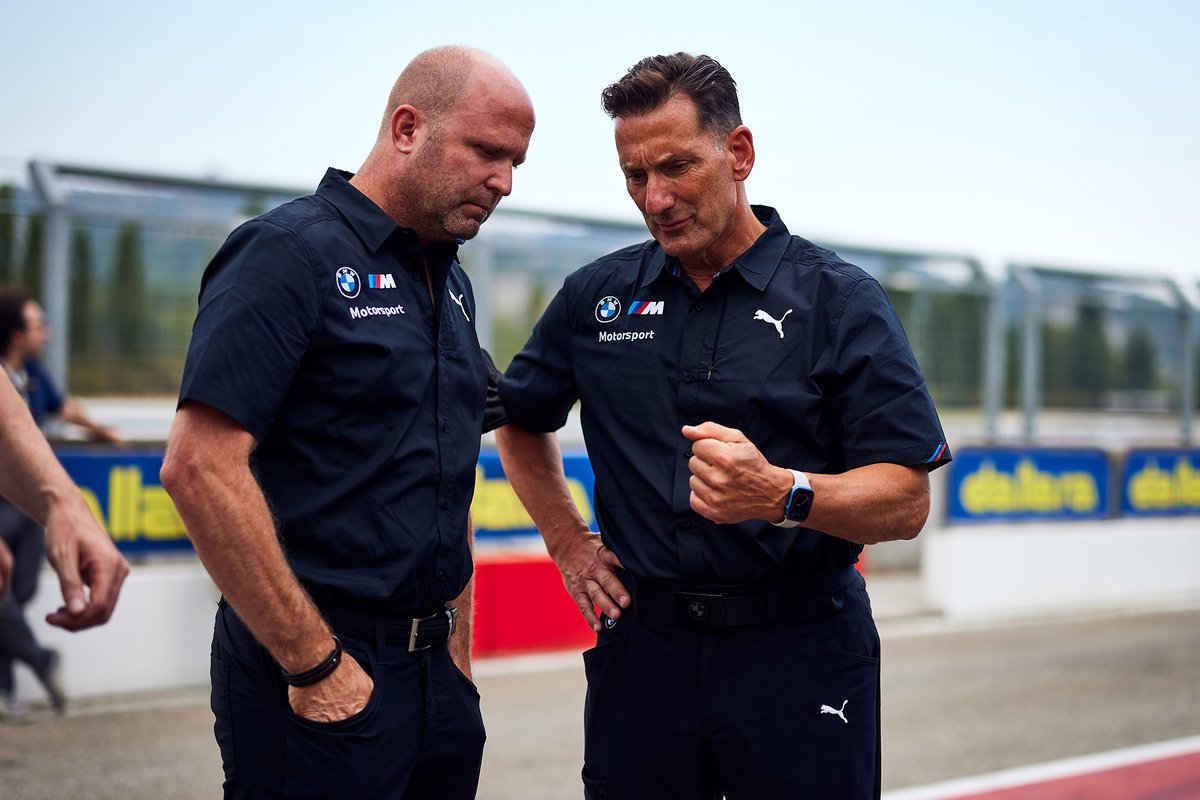 The uniformity of the hybrid system means all LMDh manufacturers start from the same point on packaging, but their cooling requirements will differ depending on styling priorities. BMW has expertise in fully electric powertrains from racing in Formula E, but Leschiutta says applying this to a system linked to an internal combustion engine “was partially new to us”. However, he says “we haven’t had any major setbacks” in its software development.

The hybrid kit has been running since the start of the year with Porsche, the most advanced of the LMDh manufacturers in its development path. But this was “a mixed blessing” for the Weissach marque, says Leschiutta, as Porsche “went through all the difficult part of getting things sorted”. BMW has experienced “a few niggling issues” with the hybrid kit, but Leschiutta has found it “a positive experience” all told, with the biggest issue resulting from supply chain delays that are impacting the entire motorsport industry.

“Your lead times are much longer than what you are used to working with maybe five or six years ago,” he says, “but you just have to work that into your planning.”

Leschiutta is in discussions with the organising bodies over how the equity model from convergence between LMDh and LMH manufacturers running bespoke hybrid systems will be reached. He accepts that tolerances in manufacturing and ageing of the components may conceivably mean that not all hybrid systems have the same efficiency, but is confident that BMW has chosen the right path.

“A key attraction of LMDh as a category is that it doesn’t escalate into a technological war, whereas the LMH category, which allows a lot of technical freedom to the manufacturers, could conceivably do so,” he says.

“We have a cost-effective solution which appealed to us with a very well-defined boundary condition, and the hybrid system in the LMDh car absolutely hits that target on the head. The advantage to the spec system is indeed the same for everyone. It’s just one less thing to worry about.” 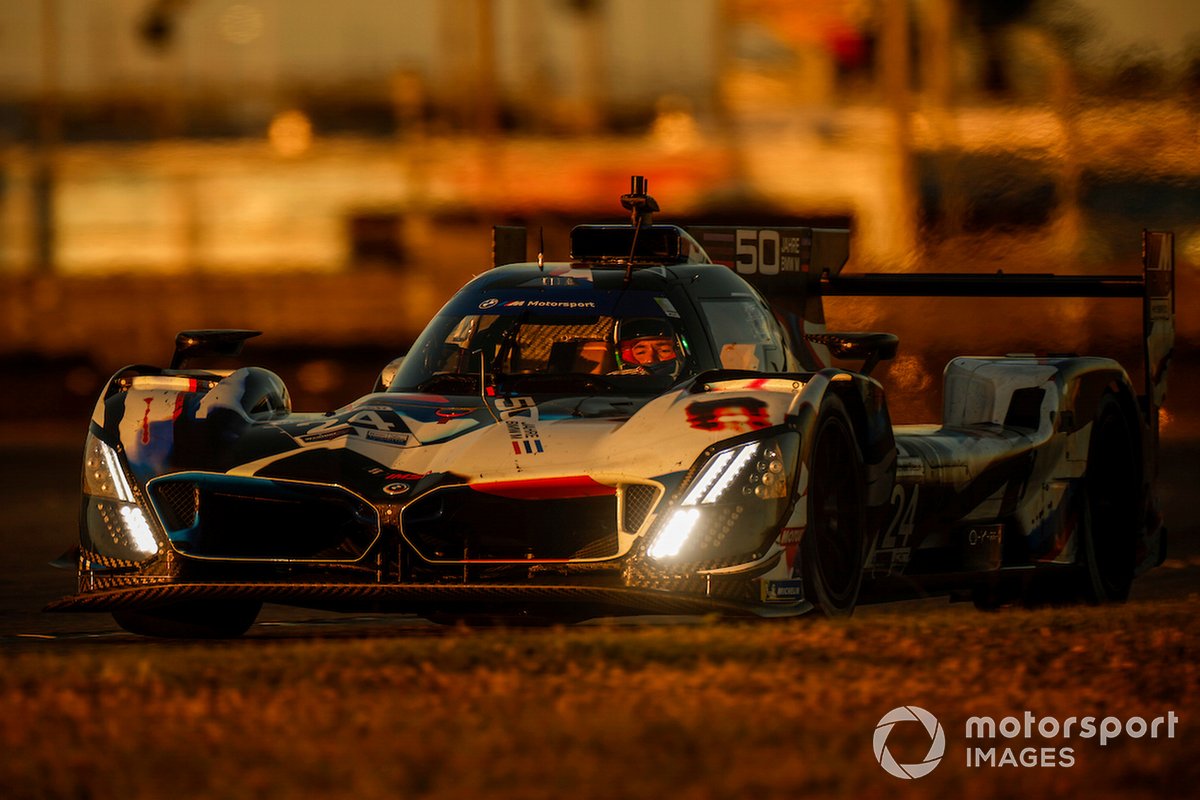