As the future of sportscar racing in Europe has witnessed a tantalising drip-drip of Le Mans Hypercars from Toyota, Glickenhaus, Peugeot, Ferrari and Vanwall, across the pond in America the LMDh era arrived with a big bang at Daytona last week as Acura, BMW, Cadillac and Porsche all hit the track together for the first time.

The Grand Touring Prototype (GTP) division will form the top class of the IMSA SportsCar series, which kicks off with the series' marquee event, the Daytona 24 Hours at the end of January. Cadillac and Porsche will also run these cars in the World Endurance Championship, as they chase the biggest sportscar race of all – the Le Mans 24 Hours in its centenary year.

So what does the future of US sportscar racing look like? Well let’s start with a different sense – what does it sound like?

“My favourite thing is that I can sit here, with my back to the track, and I can tell you which car is coming by,” says IndyCar ace Colton Herta, who will be a BMW driver in the long-distance events. “I love that. It seems like a really great class, and there’s a lot of talented drivers and cool manufacturers here.” 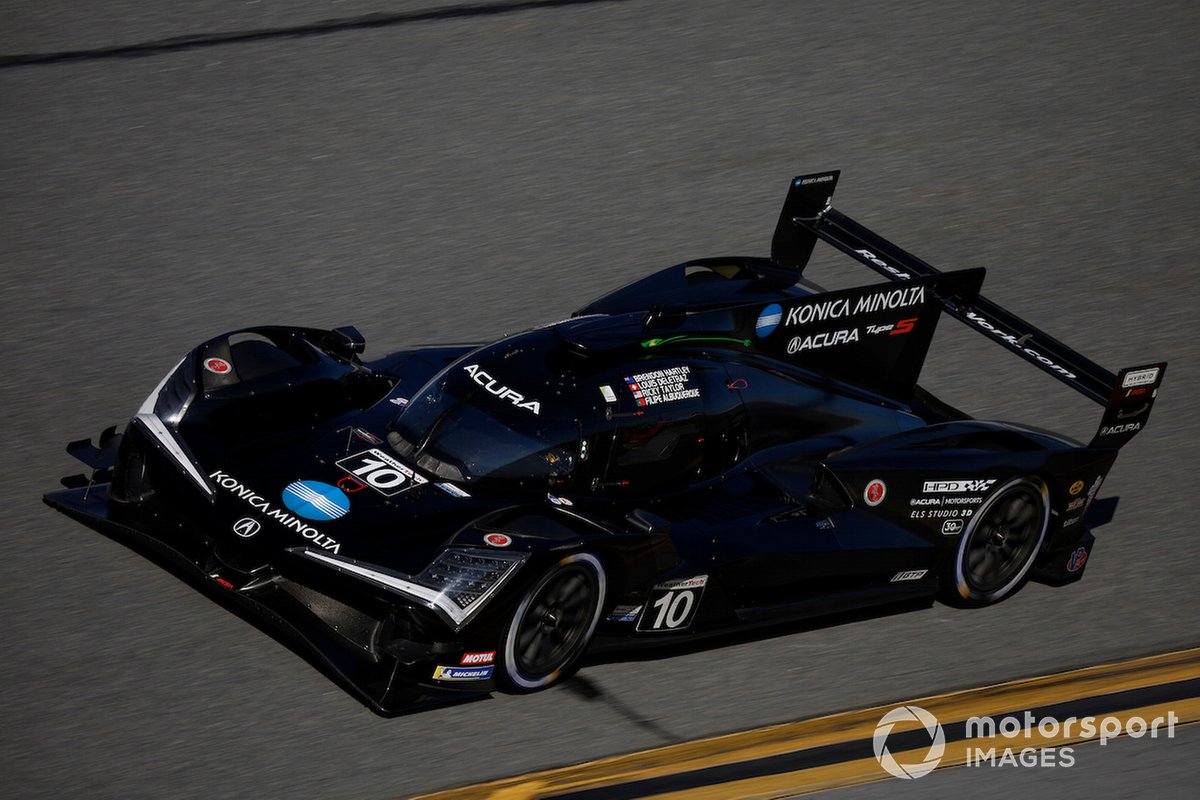 Let’s take them one by one: The Acura ARX-06’s standout feature is the wild noise it makes under braking, with an anti-lag system on its 2.4-litre twin-turbo V6 powerplant sounding like a mid-banking helicopter. Neither of the other two turbo-powered cars does this. More oddly, the noise continues into the early power phase on corner exit, sounding like traction control as (one assumes) it spools the turbos.

The Acura is the car that looks most like what’s gone before from its super-successful DPi campaigns, despite being a clean-sheet design around the ORECA-built chassis. 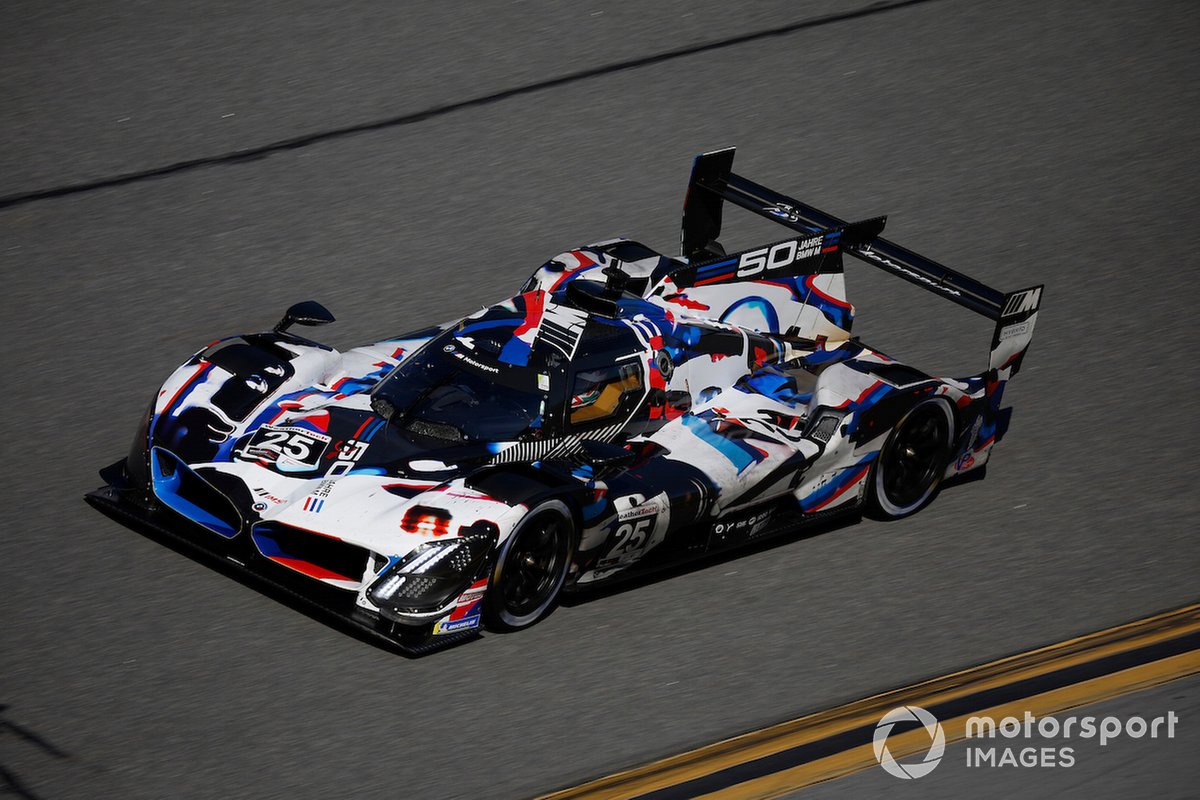 BMW’s M Hybrid four-litre V8 also packs twin turbos, but it’s the styling that truly catches the eye. It’s a party at the front, with its distinctive grill that certainly reflects its road car products like no other marque on the grid, and there’s a party at the back too, with funky triangle-shaped brake lights mounted at a jaunty angle. 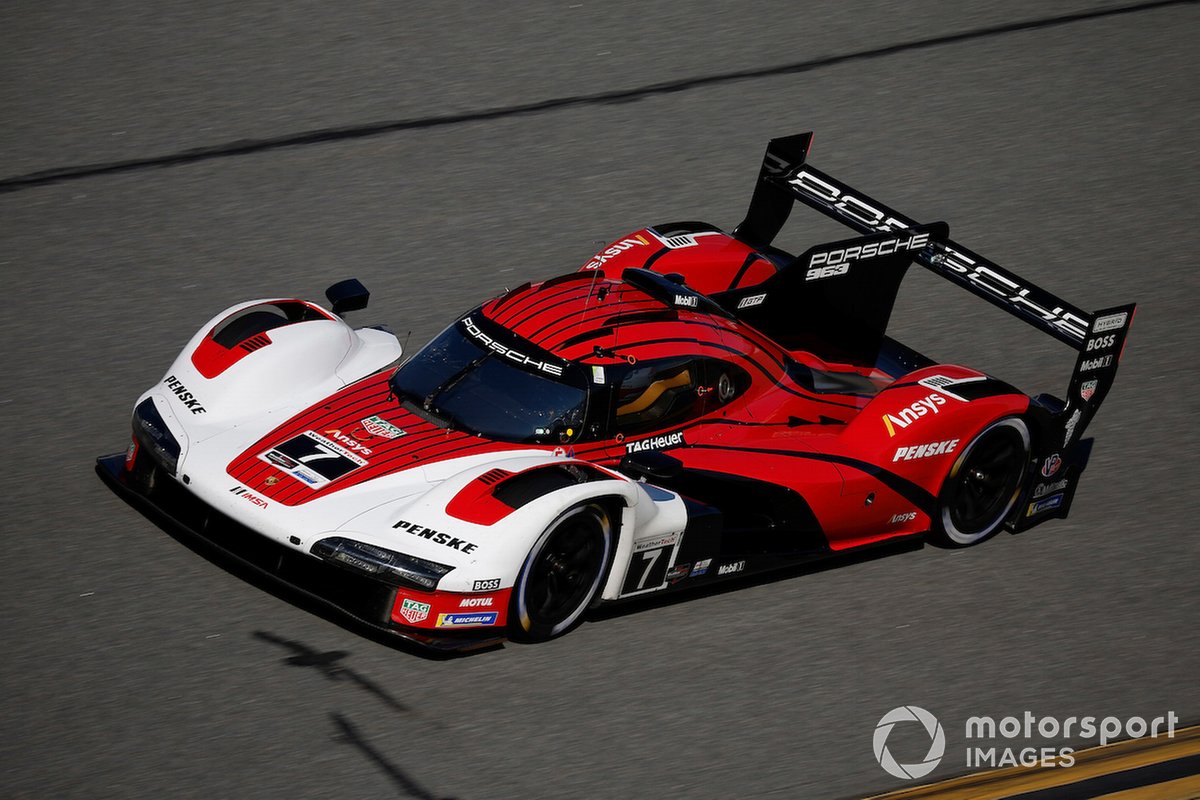 Porsche’s 963 has a larger capacity V8 at 4.6 litres but doesn’t sound quite as ‘grunty’ as the BMW somehow. Here, the distinctive aspect is the aero-whistle at high speed, which suggests there is some underbody magic happening here. Its flanks certainly resemble the mighty 919 that went before it, as they channel the air from the front end, past the Multimatic-built chassis and then around rear wheels.

When you watch on track, the 963 looks very refined – most probably because it’s the car that’s already tested the most by far. 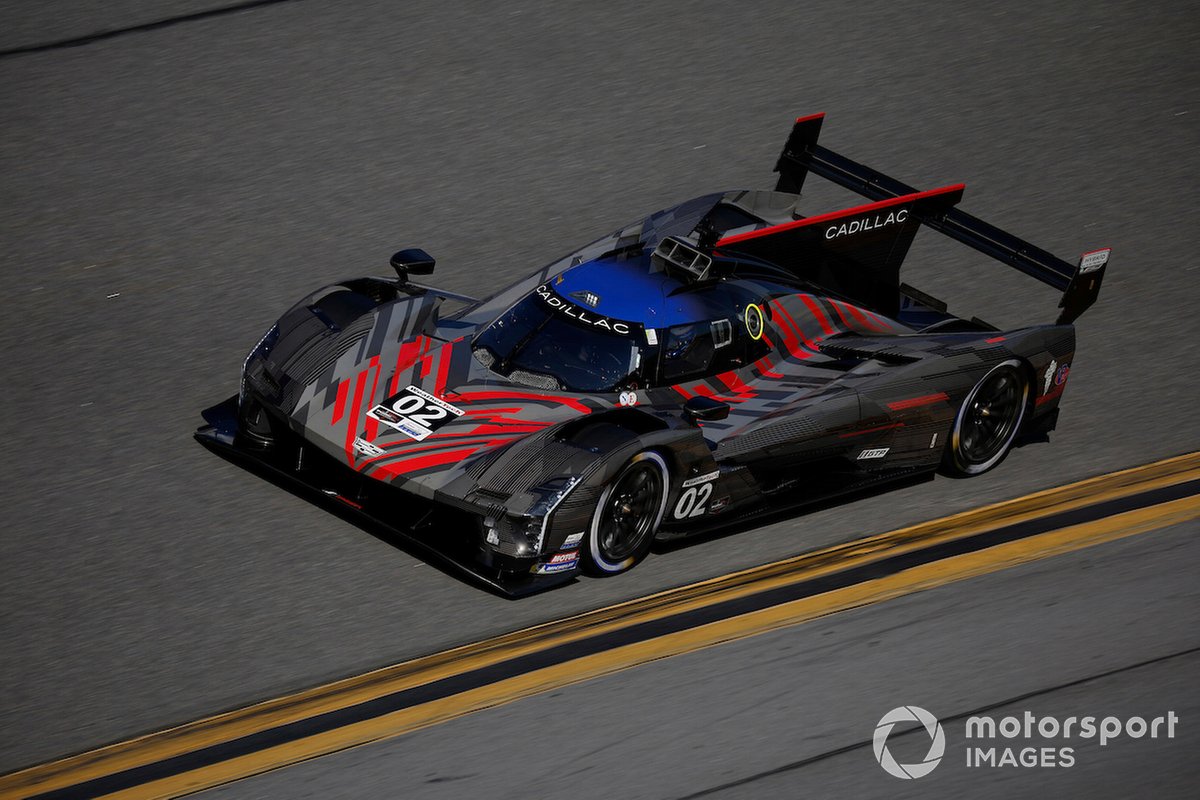 But the true scene-stealer among the quartet, which WEC fans in particular are going to love, is the Cadillac V-LMDh. It’s as American as a can of full-fat Coca-Cola; its 5.5-litre V8 has no time for turbos to cramp its style or sound. The noise it produces is pure, ground-shaking thunder.

And it looks distinctive too, with its angular lines a stark contrast to its more swoopy rivals – again reflecting the sharp-crease design language of Caddy's street cars – but it’s worth pointing out at this point that the Cadillac shares its base chassis (called a ‘spine’ in IMSA-speak) with the BMW, built by Dallara.

Of course, the big change under the skin for all the contenders is the addition of the hybrid system, which features a Bosch electric motor generator unit and a Williams Advanced Engineering battery connected to the powertrain via the Xtrac gearbox.

Bosch also supplies the integration management system, with brake-by-wire being a key feature on the rear wheels. Ask drivers about brake pedal feel and you receive some uncertain looks and responses. It’s clearly an area that will be ripe for development – not only for performance but also for strategy, as future plans include a stipulation to double-stint the tyres. 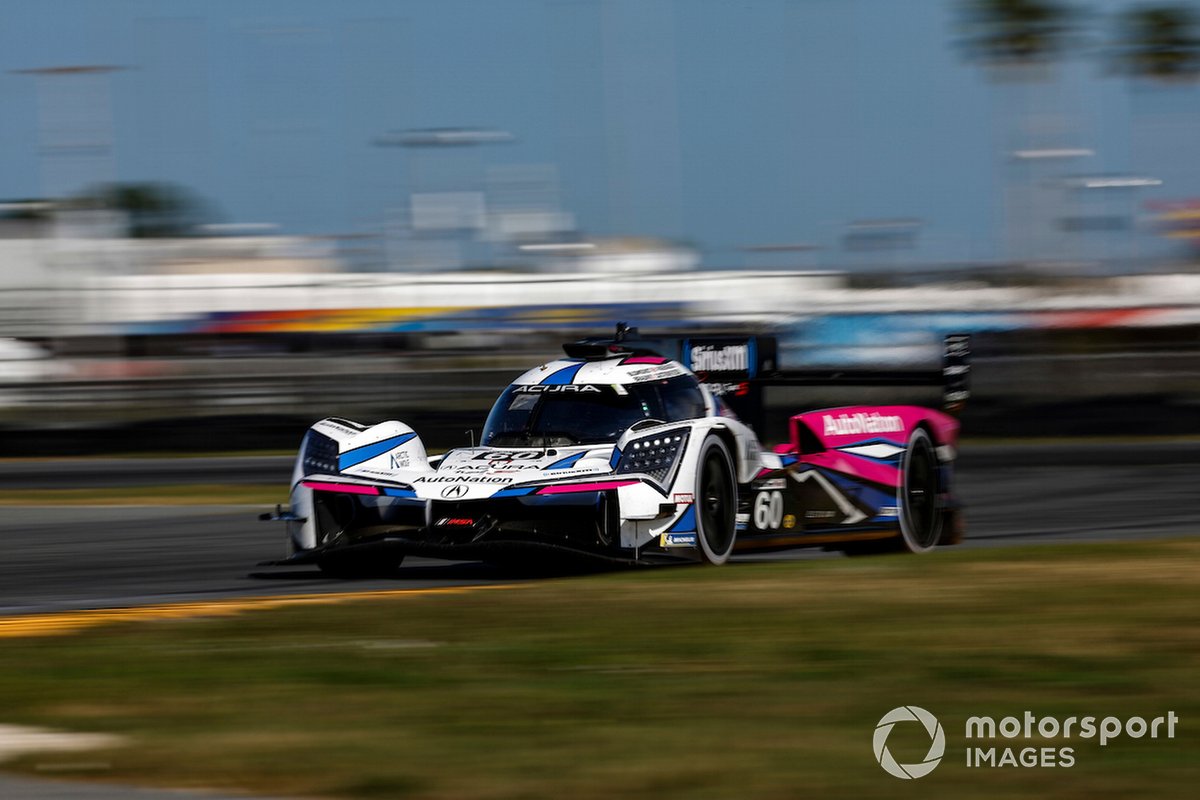 This writer witnessed the Meyer Shank Racing-run Acura, which will defend its title next year, have a huge moment as the rears appeared to lock under braking at Turn 1 – so much so that it couldn’t make the corner at all and ran all the way through to where the road course rejoins the oval!

Watching from trackside, the overall performance level is more ‘DPi-plus’ rather than an LMP1 of old. While from my vantage point a Porsche 963 could be seen to easily outdrag an LMP2 from the exit of a hairpin, it was nothing like the insane rocket-like, four-wheel-drive launch of a Porsche 919 or Toyota TS040 from the slow stuff.

What is cool, though, is the pitlane launch on electric – as the 67-horsepower motor propels the car to effectively jump-start the internal combustion engine. It’s a particularly aggressive transition for the Caddy, and super-smooth for the Porsche, which also arrived on electric power to its pitbox. 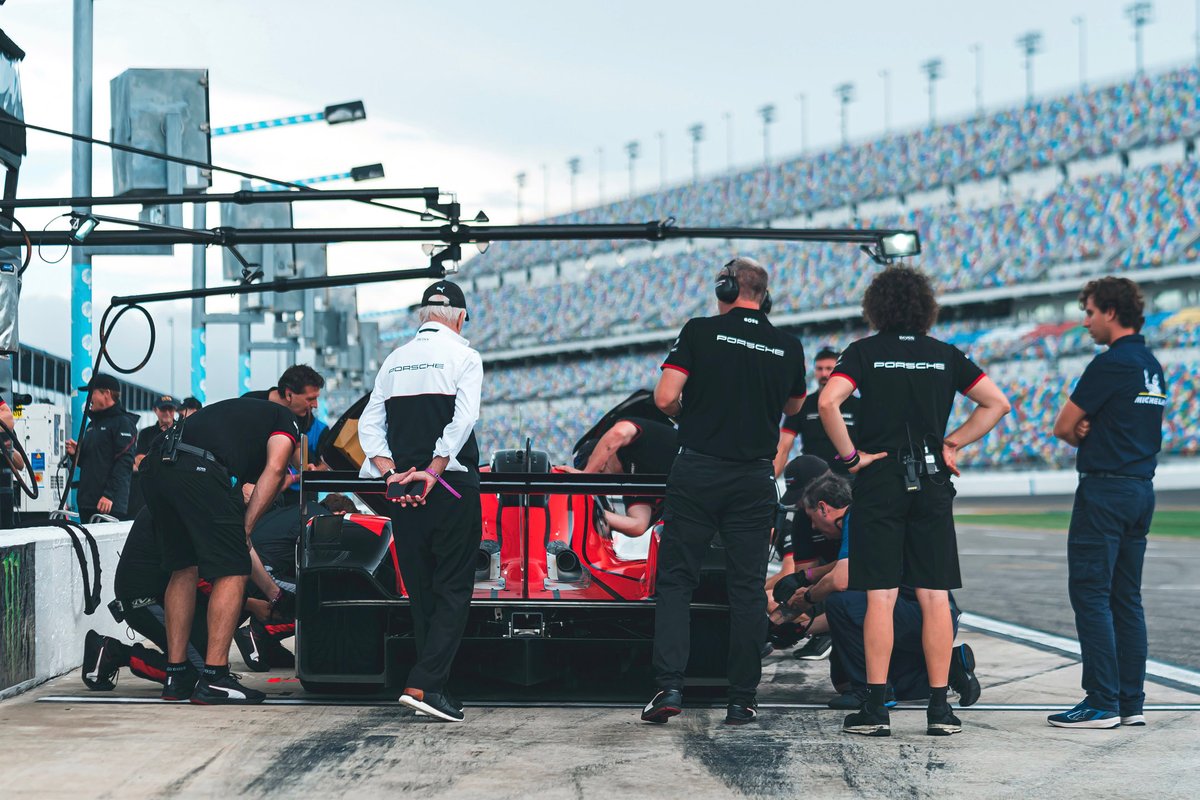 What is clear after this test is that the quest for reliability is more important than speed right now. The ‘36 Hours of Florida’ is a brutal way to start the season at Daytona and Sebring…

“Everyone has the same rules, and somebody will always get them a little bit more right than the competition,” says Porsche’s Dane Cameron. “But for this Daytona 24, I think it’ll be the least important factor probably!

“Different manufacturers have tried the long-distance tests. Some, including ourselves, have done pretty well, others haven’t been so lucky. But on any given day, something can strike.

“I’ll admit we haven’t been so lucky here [at Daytona]. There’s not one known component that will let you down, it’s that they’re incredibly complex cars that are still coming together.” 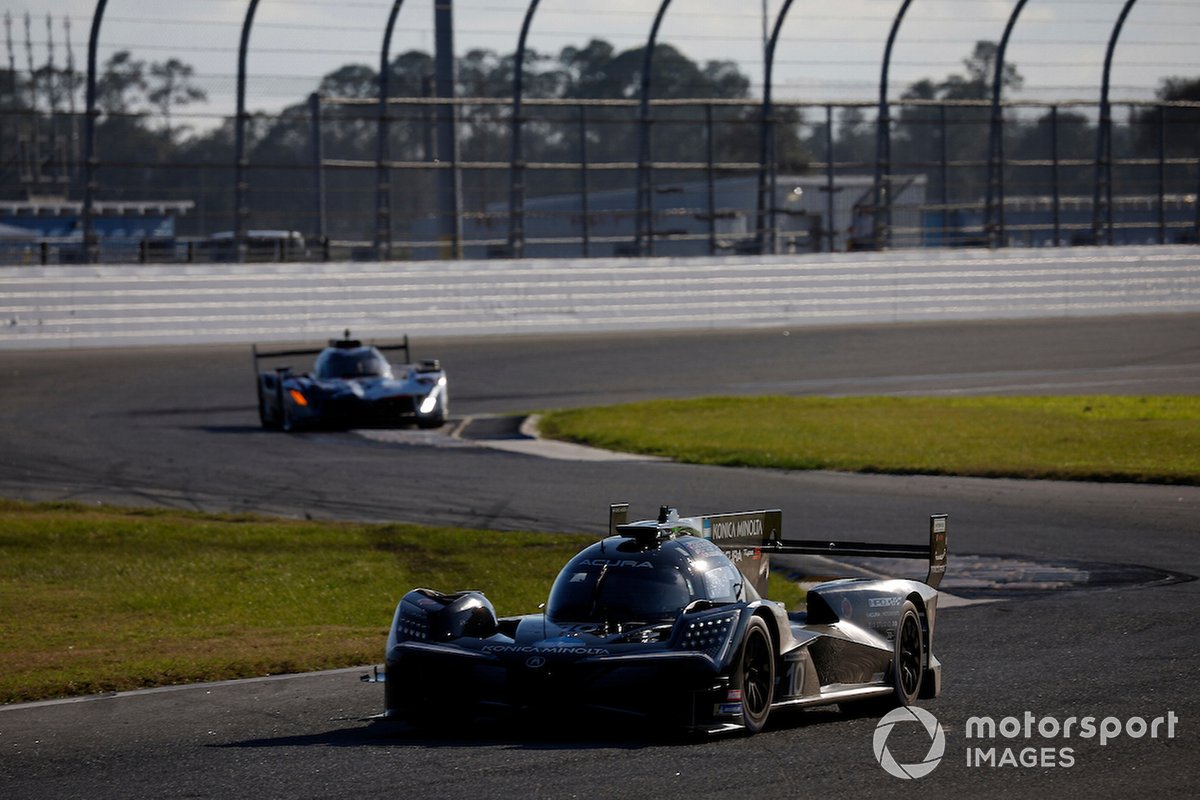 Acura’s Ricky Taylor adds: “At this point, you’re trying to just build a high ceiling for yourself with the car, and there’s a lot we don’t know still. Because it’s homologated you just want to learn through the process of the next four years or however long it will last.

“The DPis just kept getting faster, and that comes from learning and making changes. You’ve got to find your rhythm and adapt. You never run out of adjustments.”

Right now, it feels like the teams are still quite near the bottom of that learning curve. One driver told me that the real problem was to fix one issue meant a time-consuming reboot of the car’s entire hybrid system, rather than quickly updating the particular software in question.

Looking inside the busy garages at Daytona, there seemed to be a lot of standing around and waiting for cars to come back to life rather than much feverish mechanical work. 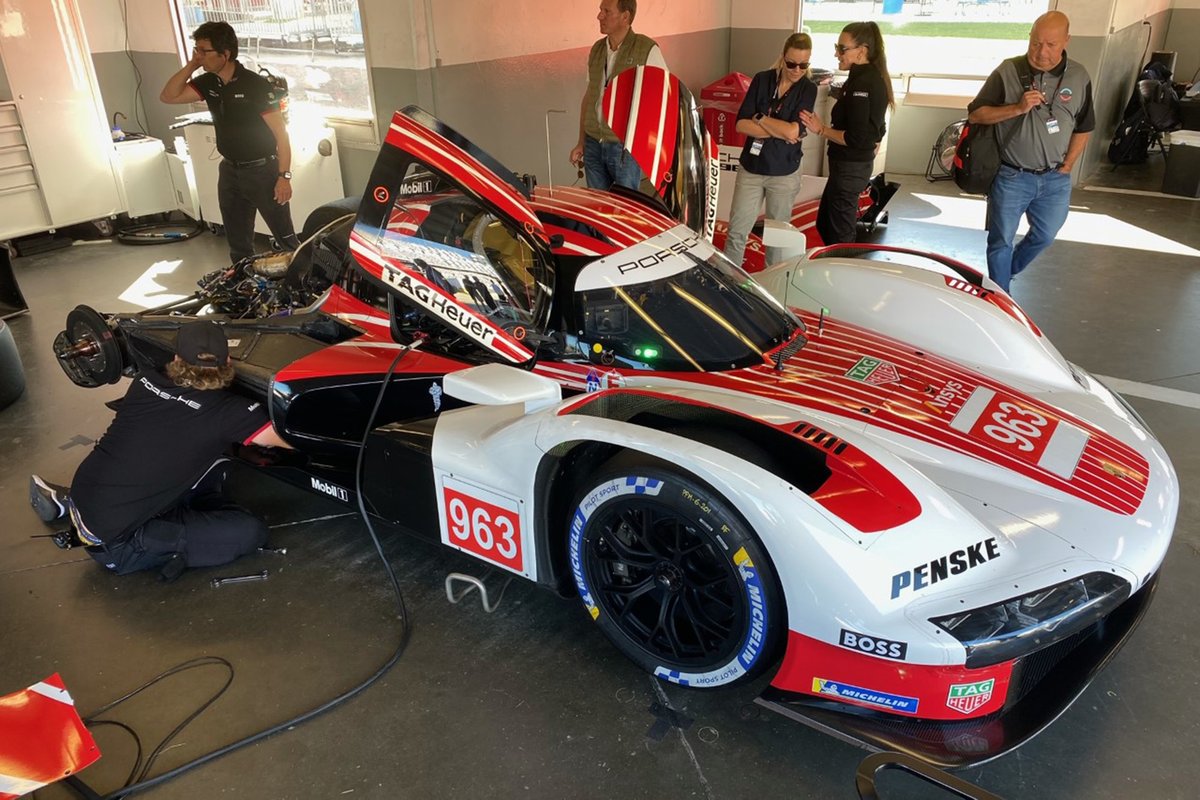 “We have run for more than 24 hours, so the car can do it,” says Porsche’s LMDh chief Urs Kuratle. “We know other OEMs have already done this from what we read in the press. Does it mean there will be no failures in the race at Daytona? We just don’t know. Sure, there will also be some problems hidden in the system that we haven’t encountered yet too.”

One thing is for certain: Lamborghini and Alpine – who are a year away from the race debuts of their own LMDh programs – will be watching all this with interest.

These growing pains only add an extra layer of intrigue as we get into this brave new world of hybrid sportscar racing in America. Isn’t the potential for breakdown something that can keep us watching – especially after Toyota’s final lap meltdown at Le Mans in 2016?

Endurance racing should be a trial of machine and technology, rather than a flat-out sprint race that just happens to last once or twice around the clock.

Kudos to IMSA for beating IndyCar and NASCAR to the punch as the manufacturers crave the electrification element that’s rolling out across their road car fleets in America. It made the chequered flag first in that respect; now let’s see if any of these cars see it across the finish line in Daytona next month… 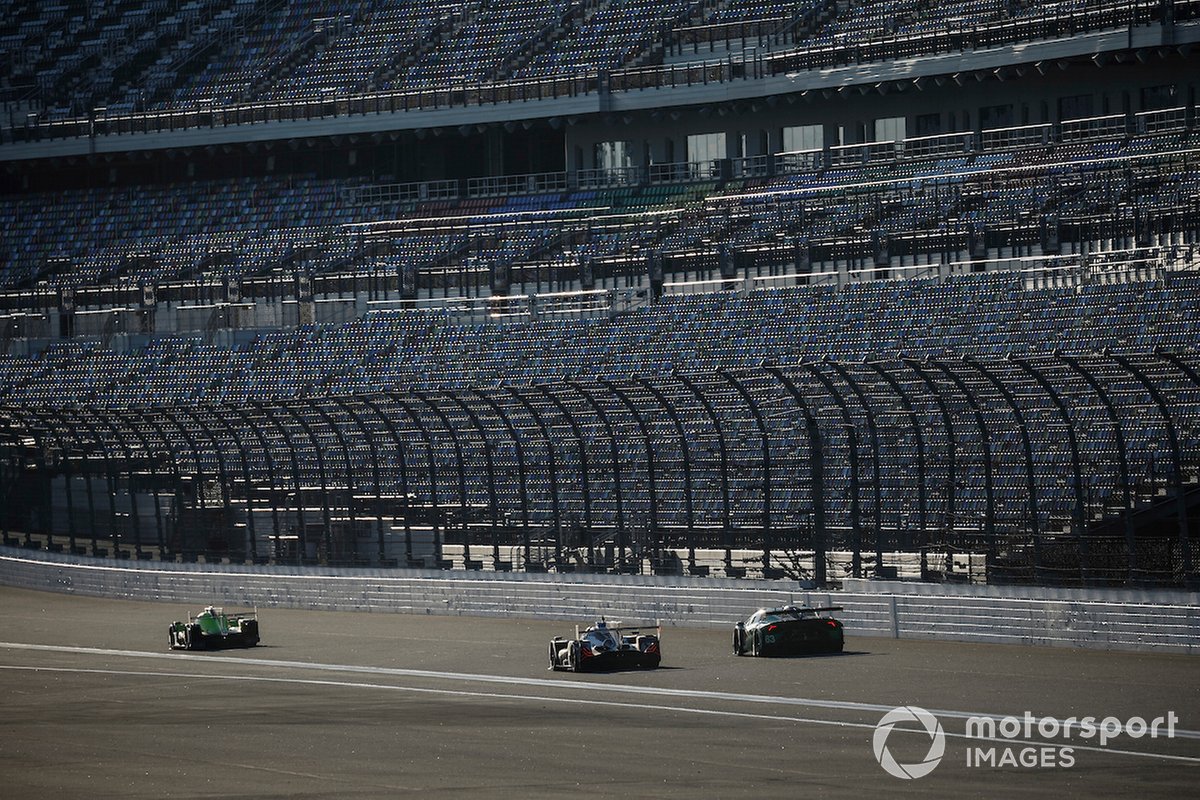