The divide between the World Endurance Championship and the IMSA SportsCar Championship is akin to the CART/Indy Racing League split of the late 1990s and 2000s, says Helio Castroneves

Three-time Indianapolis 500 winner Castroneves has switched from IndyCar to Team Penske's IMSA programme for the 2018 season.

Penske's Acura ARX-05 DPi contender, which is based on the benchmark ORECA 07 LMP2 chassis, would be ineligible to race in the WEC - which persists with LMP1 as its top division despite the pull-out of both Audi and Porsche in the last two years.

Tentative plans are afoot for both the WEC and IMSA to adopt a common prototype platform, with preliminary discussions between rulemakers and manufacturers ongoing, but such a ruleset is unlikely to be implemented before 2021 at the earliest.

Castroneves called on the organisers of both series to accelerate plans to unify their rules, saying the example of Indycar racing's reunification shows it can be done with sufficient will.

"It's about politics I guess for them to get together," said Castroneves, who raced in both CART (later Champ Car, pictured above) and the IRL when they were separate series before they were merged in 2008.

"I don't think LMP1 is going to last for long. I hope LMP2 will become LMP1, it would be better for everyone. It's the situation like Champ Car and IRL.

"I think there are enough people with power and money to make that happen, you've just got to take the egos away and put it together. It's happened in IndyCar, it can happen again." 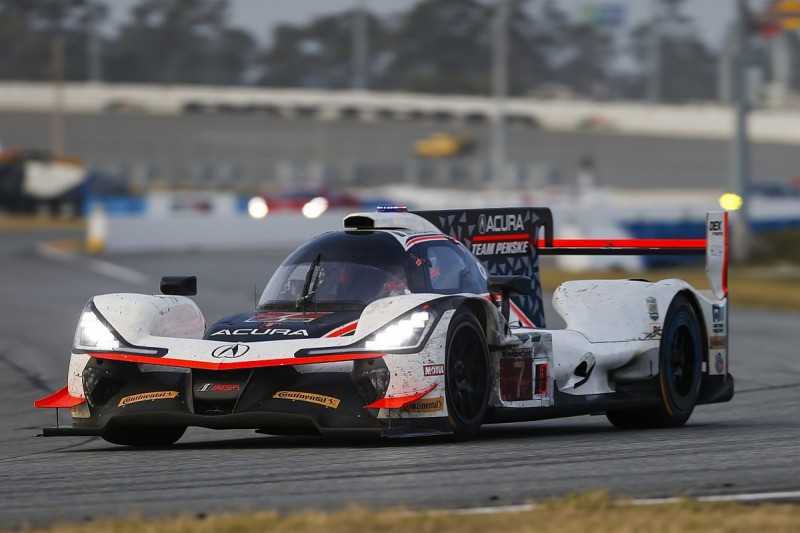 Castroneves qualified the Penske Acura second for last month's IMSA-opening Daytona 24 Hours, his first appearance at the event since 2008.

The 42-year-old is keen to contest other 24-hour races in the future, notably Le Mans.

"Spending 20 years in one series [IndyCar], you don't think outside the box," he admitted. "To be honest, I should, because I want to do all these races: Daytona, Le Mans, Spa, Nurburgring.

Although the current rules split would prevent Penske from entering Le Mans with its Acura DPi, Castroneves stated he would still be interested in contesting the WEC centrepiece in a GTE car.

"I would love to have an opportunity to go first [before a potential Penske entry] even if it's just in a GT, just to understand how it is," he said.

Brundle to replace Senna at United Autosports for Sebring 12 Hours