The decision not to hold the second round of the IMSA SportsCar Championship on March 21 follows the cancellation on Thursday morning of the Sebring 1000 Miles World Endurance Championship race round due to take place the day before the Florida track's traditional sportscar fixture.

The 68th running of the Sebring 12 Hours has been rescheduled for November 14 as the final round of this year's IMSA series, one month after the traditional Petit Le Mans curtain-closer at Road Atlanta.

A statement from IMSA cited "the recent United States ban on travel from Europe, which will prevent a number of drivers, teams and key personnel from participation".

The Long Beach event on April 18 will now become the second round of the series after January's Daytona 24 Hours. 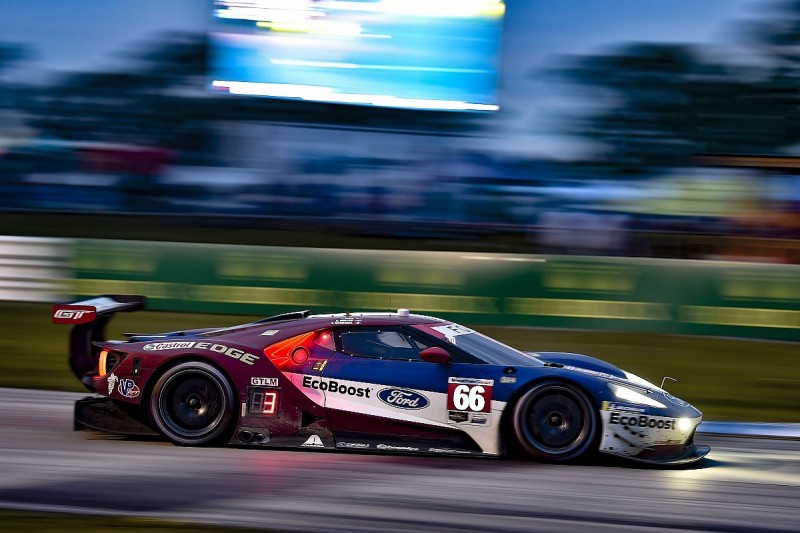 The restrictions on travel into the US from 26 European countries late on Wednesday evening followed hours after IMSA had put out a statement that the so-called SuperSebring IMSA/WEC doubleheader meeting was going ahead as planned.

The postponement of the race means that the 12 Hours has avoided cancellation for what would have been only the second time since the inaugural event in 1952.

The 1974 race was a casualty of the energy crisis that followed the OPEC oil-producing countries in the Middle East imposing an embargo on exports to countries deemed to be supporting Israel in the Yom Kippur War.

The initial plan had been for the race to be a 1200km event to reduce the amount of fuel competitors used.

Estimates put the crowd that still turned up at Sebring for a party in the traditional 'Spring Break' holiday period as 2000 to 5000.

Tickets already purchased for Sebring next week will be valid for the rescheduled date.