The pole winner in each of the North American championship's classes will be awarded 35 points, with 32 for second place and 30 for third.

The system mirrors IMSA's current scoring rules for the races, with points theoretically available down to 30th position in class.

Each manufacturer's highest-qualifying car also will earn points toward the manufacturers' championship.

An increase in race points by multiple of 10 for next season will go hand in hand with the new development.

That means race winners will be awarded 350 points down to 10 points for 30th position.

IMSA boss John Doonan said: "The introduction of qualifying points will bring even more excitement to our event weekends and the season championship.

"With points on the line, we expect teams will go all out in qualifying as well as the races to earn as many points as possible.

"Qualifying points also will reward a team's performance throughout an entire weekend."

There will also be a new qualifying procedure for the LMP2, GTD and the LMP3 class, which is being introduced into the main, WeatherTech-sponsored IMSA series for next season.

The qualifying sessions for IMSA's Pro-Am categories will be split into two and shared between a pair of drivers.

The time set by the amateur driver will determine the qualifying position of the car, while the professionals will fight for the championship points on offer. 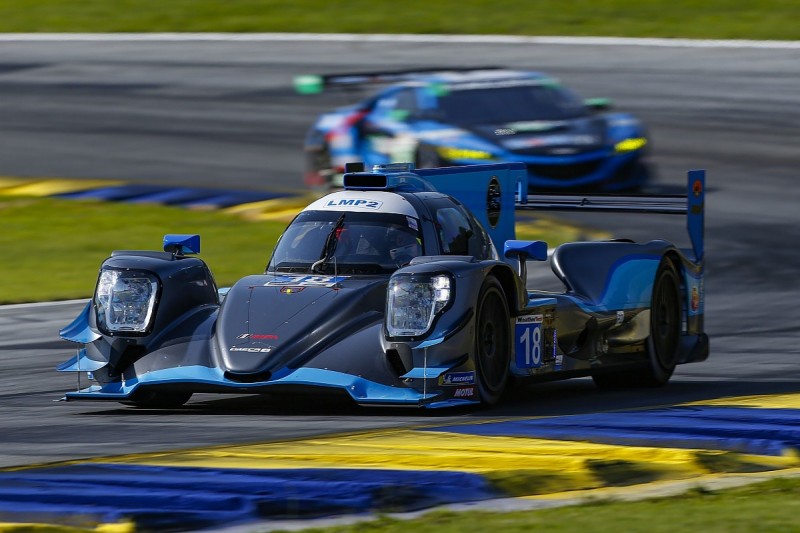 Doonan said: "Including multiple drivers in qualifying for our Pro-Am classes provides some unique opportunities.

"The Am drivers will continue to play the ultimate role of establishing each car's starting position, while the pro drivers should contribute to further showcasing each car's performance."

A class for LMP3 prototypes, which have raced in the IMSA Prototype Challenge support series since 2017, is being created for 2021 at a time when the championship faces a possible shortfall in entries as the COVID-19 crisis bites.

Porsche has already announced that it will not compete in GTLM next year with a factory team of 911 RSRs.

LMP3s will be eligible for six races that form their championship, plus the season-opening Daytona 24 Hours in in January.

The make-up of each driver pairing in the class has yet to be determined by IMSA.

The 2021 calendar was also revealed as part of a video address by Doonan on Wednesday.

They have a familiar look to the schedules announced for the current season last year.

LMP2 cars, like LMP3s will be allowed to compete at Daytona, but the race is not part of the class championship.