The Brazilian, who shares the car with Joao Barbosa and Sebastien Bourdais, held an 11-second lead over the best of the Chip Ganassi Racing Riley-Ford DPs driven by Tony Kanaan after a pitstop sequence when the safety car came out and reduced his advantage to three seconds.

Fittipaldi had led the United SportsCar Championship opener from the restart after an earlier race stoppage when Memo Gidley's Riley slammed into the slowing Risi Competizione Ferrari driven by Matteo Malucelli.

The Action Express Coyote built up a lead that grew to as much as 16s in the early stages of the stint, before Kanaan came back at him before the pitstops.

Prototype debutant Oliver Webb took over the car behind the safety car during the restart sequence after the race stoppage and was propelled into second place.

The Briton dropped to fifth before fighting back to third before the pitstops. 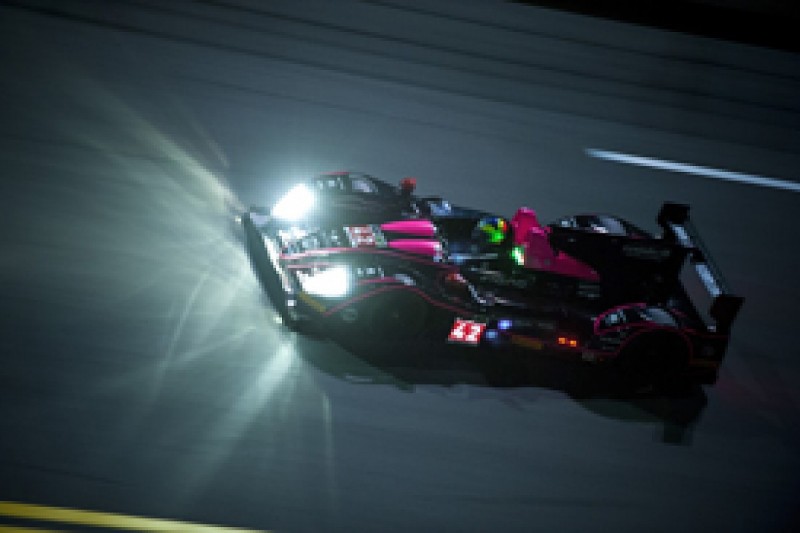 The OAK Morgan, which Webb shares with Olivier Pla, Roman Rusinov and Gustavo Yacaman, was the only P2 car on the lead lap.

The quickest P2 in qualifying, the Muscle Milk/Pickett Racing ORECA-Nissan 03, dropped off the lead lap in the second hour with an unscheduled stop for a puncture, while both Extreme Speed Motorsports HPDs needed a trip behind the wall for repairs.

CORE's Prototype Challenge entry occupied the class lead in Colin Braun's hands, while the Level 5 Ferrari 458 was at the top of the GT Daytona leaderboard with Jeff Segal at the wheel.

No update was available on the condition of Gidley and Malucelli. Both were taken directly to hospital after the crash.