Acura’s new car for the IMSA SportsCar Championship has benefitted from Honda's Formula 1 knowledge of hybridised powertrain systems, which is one of the reasons its ARX-06 makes a “weird noise” under braking.

David Salters, the president of Honda Performance Development – its US racing arm – revealed that his staff have worked closely with HRC in Japan, where its two-time F1 World Championship-winning power unit and electric hybrid systems were devised.

Salters who previously worked for Mercedes-Benz High Performance Engines in F1 in the pre-hybrid turbo era, said leaning on Honda’s vast knowledge has helped its development program in IMSA’s new GTP class that features hybridisation for the first time in a major US racing series.

“We work with our colleagues at HRC, which is quite special and a real privilege,” said Salters. “A number of us at HPD have had experience of electrification, knowing that it was coming, but we’re constantly trying to grow the group, so we actually embedded some people in the F1 program to learn about energy management and all that sort of stuff.

“Hopefully we’ll see the benefits of that, we have a very smart guy who leads one of our groups, who went over to live in Japan and was embedded in the F1 program. We’re fortunate enough to be able to work together with our F1 colleagues, we have regular discussions – so in terms of energy management, hybridisation and electrification those guys were extremely helpful to us.

“It’s been delightful to be honest with you, and a nice way of showing how, as your company invests in different things, you get different benefits.” 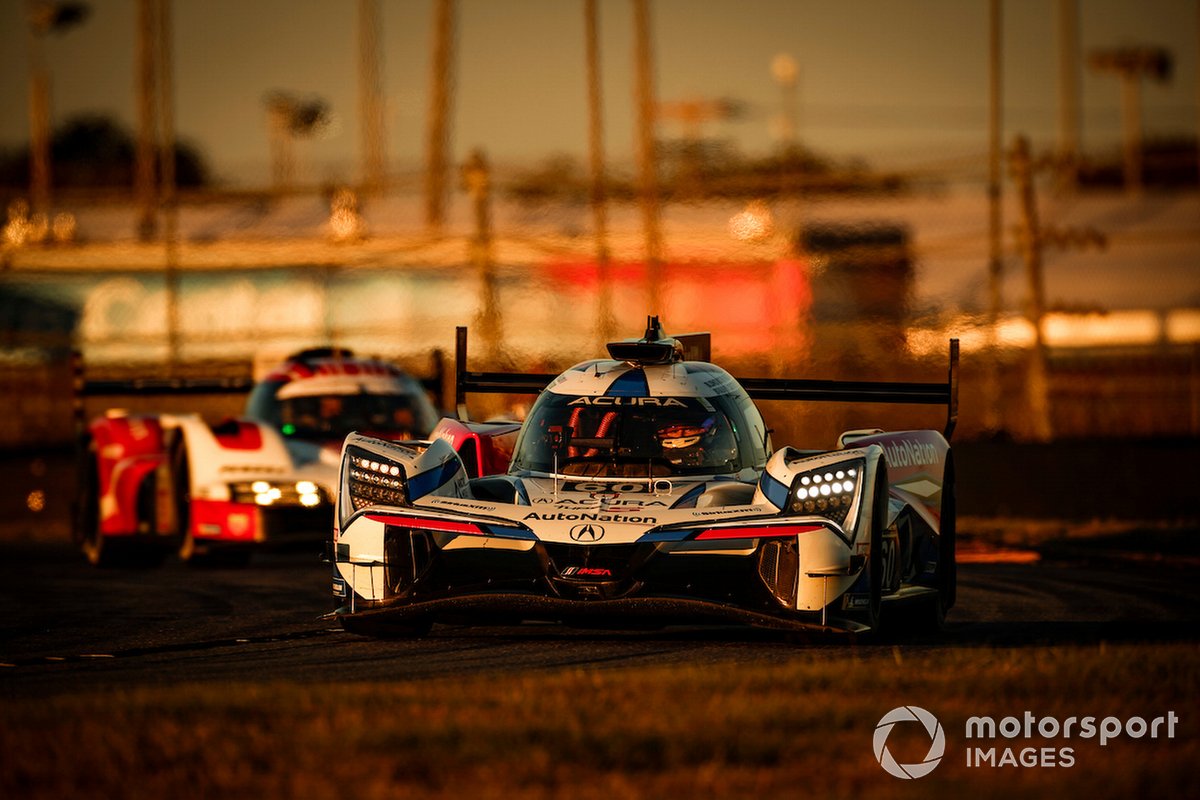 During pre-season testing at Daytona last week, the Acura made a distinctively different noise under braking to rivals from BMW, Cadillac and Porsche – sounding like a helicopter.

When asked by Autosport why the ARX-06 made this sound, Salters replied: “As Freddie Mercury sang: ‘It’s a kind of magic’! As you can imagine we’re trying to do all sorts of things, that’s the fun of these cars – they are the future, they’re pretty cool.

“We are trying to brake, we are trying to regen to charge the battery, we are also engine braking and managing the brake-by-wire system, all that apparently seems to make a weird noise.

“In terms of how we brake, regen and manage braking – all that sort of stuff – we’re trying to protect some of the parts as well. You don’t want the driveline to oscillate so when you’re doing these things, you need to program events so that we don’t damage parts.

“All that conspires, the confluence of engine braking, regen and car management into the corner with the electrification ends up making that noise – which is fine! It’s quite cool, isn’t it?

“I’d like to sit here and claim it’s deliberate, but it’s semi-deliberate. It’s basically as we manage our energy through the corner at the moment, it probably will change. We’re trying to make sure we don’t break anything as well. And it sounds awesome.”

The car will make its debut in the Rolex 24 Hours of Daytona at the end of January.