Dani Juncadella and Jules Gounon will reprise the partnership that yielded victory in the Spa 24 Hours next year at WeatherTech Racing in the IMSA SportsCar Championship's GTD Pro class.

The Mercedes-AMG factory drivers won the blue ribband round of the GT World Challenge Europe Endurance Cup together with Raffaele Marciello, and secured the title by defeating Iron Lynx Ferrari driver Antonio Fuoco over the five-round series.

Juncadella, who was also confirmed last weekend as the Intercontinental GT Challenge champion in last weekend's Gulf 12 Hours despite retiring from the race, will again team up with Gounon aboard a Proton-run Mercedes-AMG GT3 entered under the WeatherTech banner.

The pair raced this year's Daytona 24 Hours together for WeatherTech, and made selected appearances alongside Cooper MacNeil as the Silver-graded American switched between the team's Mercedes and Porsche across the GTD Pro and Pro-Am GTD class.

Fellow Mercedes factory driver Maro Engel will join them for the endurance races, with MacNeil coming onboard for Daytona as part of a reduced driving programme.

MacNeil will "take on more of a management role with the team throughout season", a WeatherTech statement explained.

Gounon said: “We will give it our all to get the WeatherTech Mercedes-AMG GT3 to the front and get a big trophy at the end of the year. 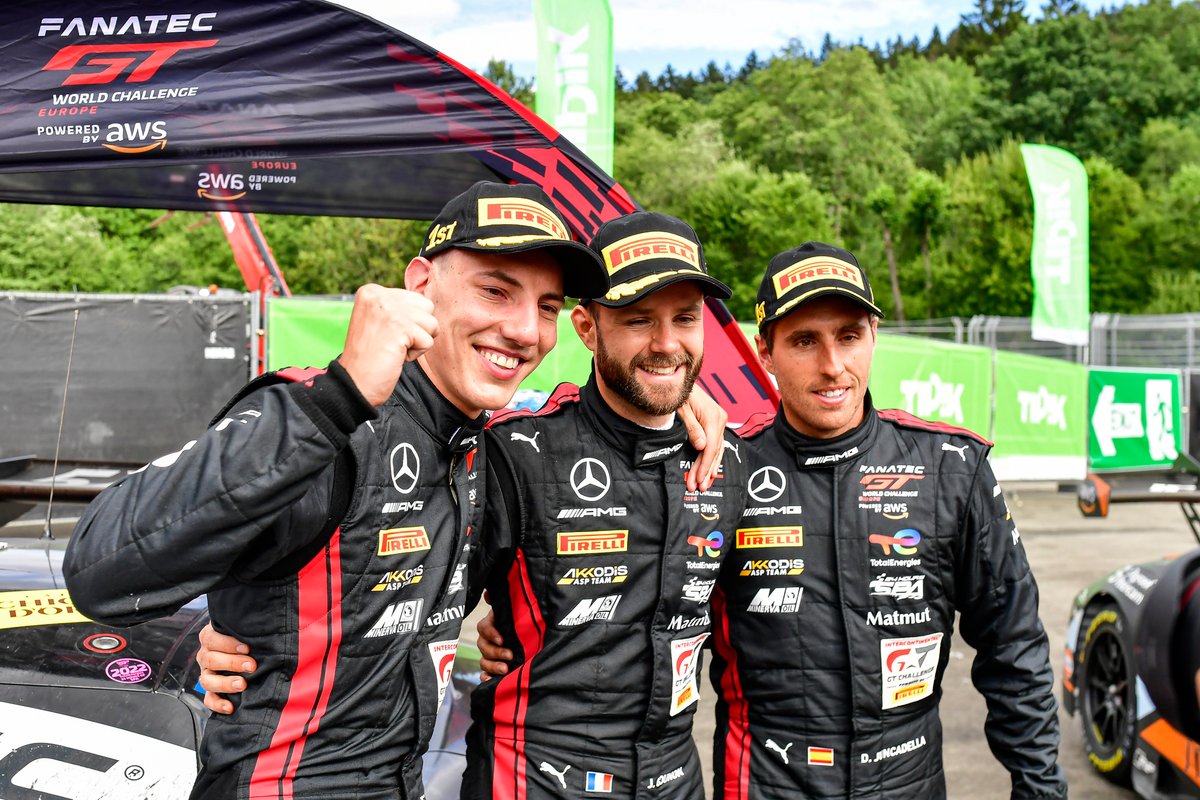 “I think the line-up we have with Dani and Maro is very strong, and we will be very good with Cooper at the Rolex 24 as well.

“We all complete each other in different areas. We really make a great team. I really enjoy their company and am looking forward to a great year.”

Juncadella added: “Next year is shaping up to be one of the most exciting chapters of my career.

“It was a last-minute call for Daytona last year and then it turned into a couple more races with Cooper in the WeatherTech Mercedes-AMG GT3 which was fun.

“It was surprising to me, I discovered IMSA is one of the most exciting championships happening around the globe right now.

“It is great that we have managed to get our deal together to run the whole season with Jules for 2023 and WeatherTech Racing. “On top of that, having Maro in the car for the endurance races and Cooper for the Rolex 24 puts the cherry on top.

“We start with the big race first, the Rolex 24. We were competitive last year; we now have to bring it to the finish line.”

Bachler and Pilet will be joined by Pfaff's 2021 GTD title-winner Laurens Vanthoor for the endurance races when he isn't on duty with the 963.