Simon Pagenaud produced the fastest lap as the Action Express Racing Cadillac squad topped the times on Friday at the official Roar test ahead the Daytona 24 Hours next weekend.

The Penske IndyCar driver set the best time of the day with a 1m35.312s in the team's #48 Cadillac DPi.V-R during the opening session of the IMSA SportsCar Championship season on Friday.

The sister #31 Action Express then ended up at the head of the timesheets in the slower second session with a 1m36.225s from Mike Conway.

Acura finished just behind the Action Express Cadillacs in both periods.

Ricky Taylor set the second fastest time of the day in the opening session with a 1m35.697s in the Acura ARX-05 fielded by Wayne Taylor Racing.

Juan Pablo Montoya posted a 1m36.231s in the afternoon aboard the ARX-05 entered by the Meyer Shank Racing squad to end up just six thousandths of a second behind Conway.

Felipe Nasr in the #31 Action Express car and Renger van der Zande in sportscar returnee Chip Ganassi Racing's Cadillac were the only other drivers to break into the 1m35s over the course of the day, ending up third and fourth in the overall times in the first session.

The solo Mazda RT24-P was fifth fastest on Friday in the hands of Jonathan Bomarito on a 1m36.178s set in the faster opening hour of track time.

Montoya's afternoon time put the Meyer Shank Acura sixth on the times across the two sessions. 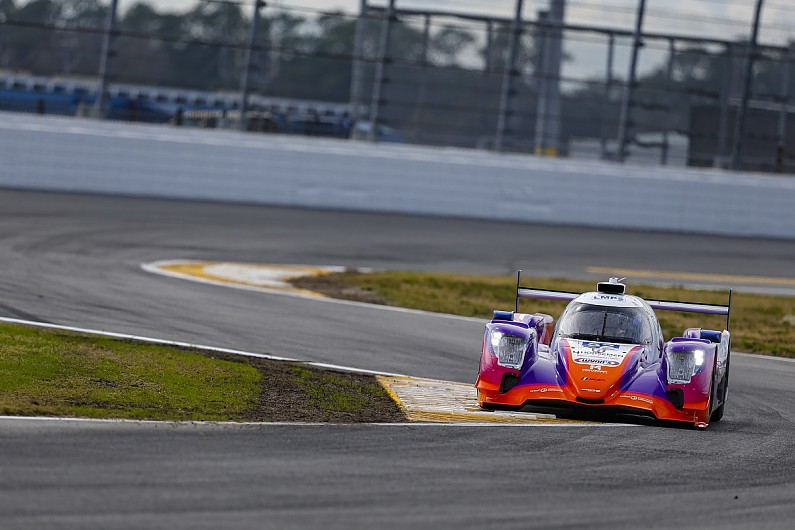 Nicolas Lapierre set the pace in the LMP2 class aboard the PR1/Mathiasen team's ORECA-Gibson 07.

His session one best of 1m37.741s just shaded Giedo van der Garde's 1m37.991s aboard the Racing Team Nederland ORECA set in the afternoon.

Third fastest of the day was Ferdinand Habsburg on a 1m38.296s in High Class Racing's ORECA.

The Risi Competizione Ferrari 488 GTE Evo led the way in the GT Le Mans class courtesy of a 1m43.680s from James Calado in the opening session.

That put him four tenths up on Tommy Milner in the best of the factory Chevrolet Corvette C8.Rs, who lapped in 1m44.062s during the afternoon.

That just shaded the 1m44.067s set by team-mate Jordan Taylor earlier in the day.

Fourth fastest was the Rahal BMW M8 GTE of Jesse Krohn, who posted his 1m44.107s in the afternoon.

Philipp Eng was fifth quickest with a 1m44.183s from session one.

The Proton-run WeatherTech Racing Porsche 911 RSR brought up the rear of the GTLM times in both periods, ending up with a best time of 1m44.813s set by Kevin Estre.

The times in the LMP3 division, which has joined the main IMSA series for the first time this season, were headed in both sessions by the Muhlner Motorsports Duqueine-Nissan M30-D08.

Moritz Kranz set the car's best time of 1m 43.500s in the afternoon to end up two tenths clear of the Riley Motorsports-run Ligier-Nissan JSP320 of Scott Andrews. 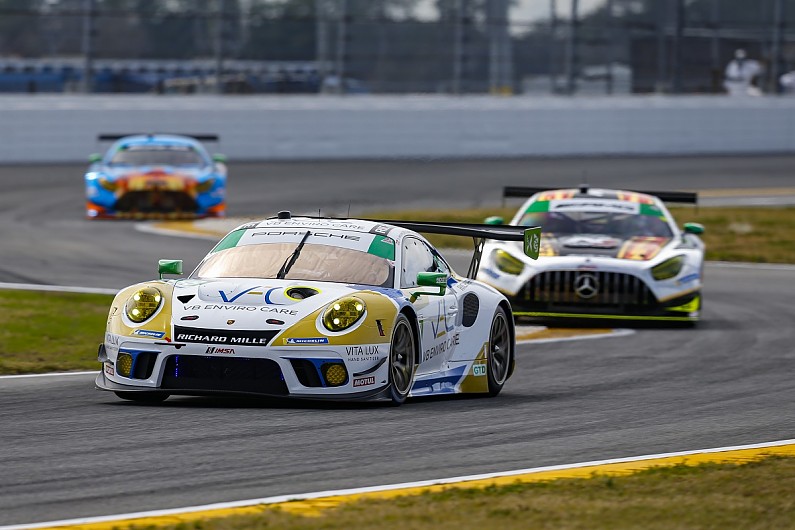 The test weekend will climax with a 100-minute qualifying race on Sunday to set the grid for the Rolex-sponsored 24 Hours on 30-31 January.