The halt to the IMSA SportsCar Championship season in North America has been extended to cover the Mid-Ohio round at the start of May.

The postponement of the race set for 3 May follows a recommendation from the Center of Disease Control and Prevention government agency against gatherings of more than 50 people for the next eight weeks as the coronavirus crisis escalates in the USA.

A cursory statement issued by the track cited the guidance from the CDC and stated that it was working with IMSA and event sponsor Acura to reschedule the event later in 2020.

The move follows the postponement of the Sebring 12 Hours scheduled for this weekend and the Long Beach IndyCar/IMSA doubleheader set for April 18/19 at the end of last week.

The latest calendar shift means that the IMSA campaign is now due to resume with the Detroit Grand Prix meeting on May 30/31 when Daytona Prototype international and GT Daytona machinery only will race on the same bill as the IndyCar Series.

That means the next IMSA round at which all the classes will feature is the Watkins Glen 6 Hours on June 28. 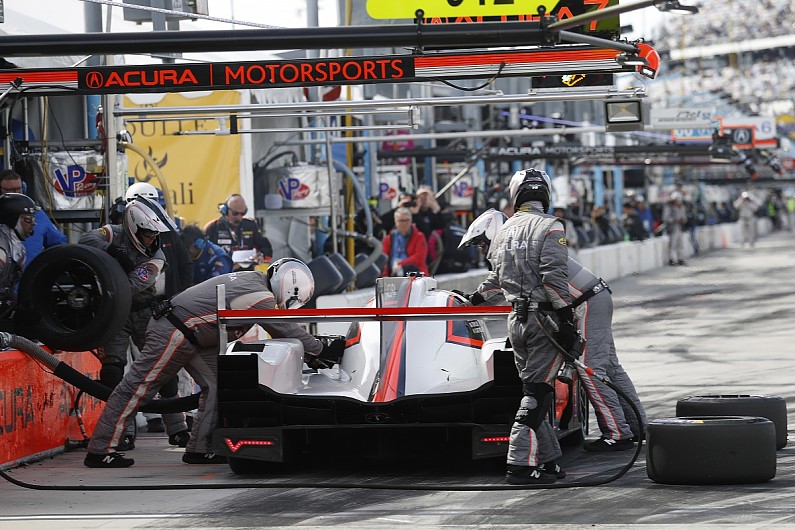 A statement billed as a 'Letter to the fans' from the IMSA president John Doonan issued shortly before the confirmation of the Mid-Ohio postponement explained that the sanctioning body will be working to reschedule all events affected by the coronavirus crisis.

Doonan said: "Our goal is to conduct complete seasons for all of our sanctioned series."

The 68th running of the Sebring 12 Hours will now take place on November 14, a date originally scheduled for the Sebring Encore non-championship enduro.

The World Endurance Championship round on the IMSA bill at Sebring was cancelled shortly before the decision was taken to reschedule the main event.

IMSA's statement added: "As a global community, our number one goal must be to prevent the spread of Covid-19 as much as possible.

"The only way to effectively do that is to join our counterparts in the sports and entertainment industries and postpone our events until it is safe to return."