The IMSA SportsCar Championship has shown interest in the Class One regulations used by the DTM and Super GT.

Autosport understands that IMSA personnel attended the DTM round at the Nurburgring in September and DTM boss Gerhard Berger described Class One discussions as "the first starting words" between the two series.

The DTM and IMSA have worked together in the past when the idea of 'DTM America' was mooted for 2017 but fell through after failing to attract American manufacturers.

IMSA predecessor Grand-Am had also previously signed a licensing and technical deal with the DTM as a precursor to a series in the States.

It is currently unclear as to how Class One could fit into IMSA, should the series decide to go in that direction, although it has been mooted as a contender for both the GTE class and the next generation of DPi cars slated for the 2022 season.

The DTM is continuing on its path towards hybridisation, which is expected to be introduced for 2022, and BMW motorsport boss Jens Marquardt believes hybrid power is an appeal for IMSA.

When asked by Autosport where the Class One regulations could fit into IMSA, Marquardt said: "We are discussing with them [IMSA on] more the technical basis of let's say a hybrid system.

"I think they are looking at DPi 2.0 and I think you can start cooperation or collaborations, on let's say a purely technical level, and then see where does that lead to." 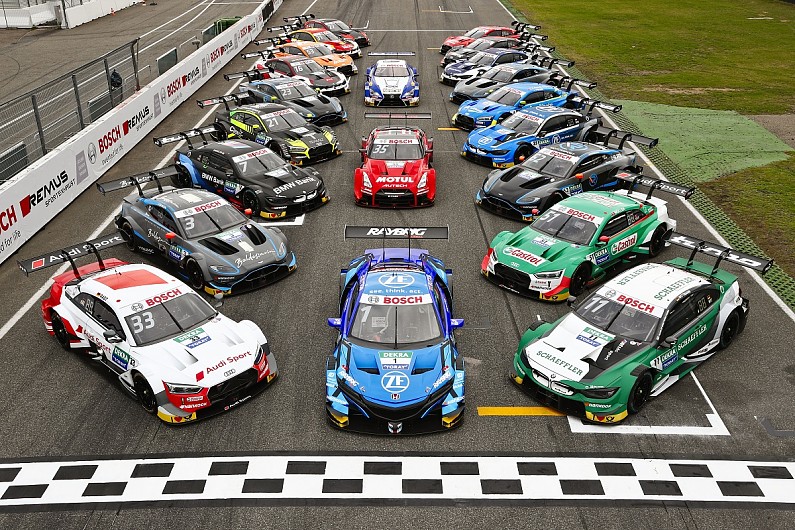 IMSA has undergone a leadership change with Scott Atherton set to retire from his position as president and he has now been replaced by John Doonan, who was formerly the leader of Mazda's IMSA DPi programme.

Doonan told Autosport that he had not heard of any Class One plans, but that he is still integrating into his new role and he will shadow Atherton for the rest of the year.

Autosport has approached IMSA for comment over its potential interest in Class One regulations.

The DTM and Super GT held its first true joint racing at Hockenheim earlier this month and both Berger and his Super GT counterpart Masaaki Bandoh discussed the long-term potential of Class One in a press conference.

Asked by Autosport if he expected Class One to expand globally, Bandoh said: "We've got three manufacturers from Japan on the domestic level and also there are several manufacturers in the DTM - Aston Martin, Audi and BMW - now.

"The two domestic levels have joined and now we have six manufacturers.

"On this basis, we achieved the common regulations in 'Class One' and we would like to develop this basis on the global level and we have to discuss quite a bit more about them, and we want to present our achievement for other manufacturers.

"And we have to talk about the topic like how we can achieve many more manufacturers and how we can get the costs down. This is the first big step for us.

"In the future, we would like to think on a global level and we can achieve more manufacturers from all over the world."