Title contenders Pipo Derani, Felipe Nasr and Eric Curran won the race, but still missed out on the title by five points as Montoya took his first title in his second full season and Cameron followed up his 2016 success.

A full-course caution caused by Toni Vilander spinning the Scuderia Corsa Ferrari into the gravel led the five leading DPi cars to make a splash-and-dash shortly before the end.

Following the restart with 24 minutes to go, suddenly the erstwhile leader, the #5 AXR Cadillac DPi-V.R of Mike Conway, Filipe Albuquerque and Joao Barbosa, pulled in with an exploded brake disc.

Derani (pictured below) had a late scuffle with the #912 Porsche of Earl Bamber at Turn 10A, but held on for victory in the #31 Cadillac he shared with Nasr and Curran. 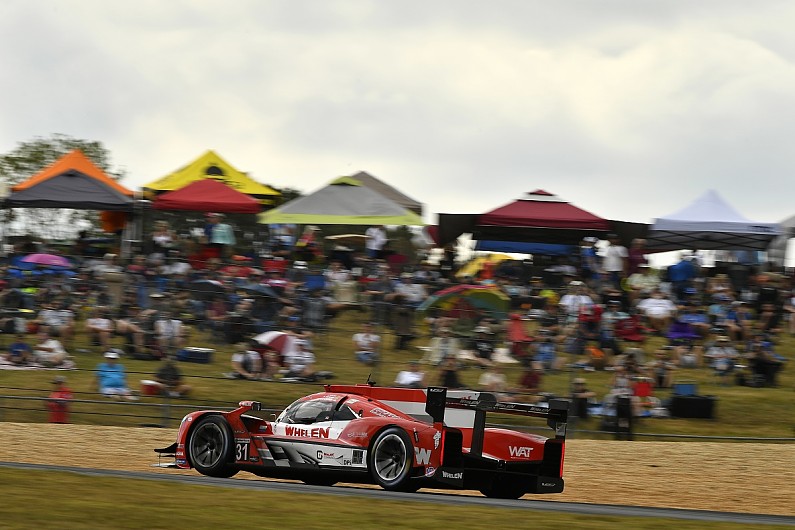 The #77 Mazda RT24-P should have been in the hunt too, having delayed its final stop and having therefore led up until the yellow, but a misfire on the restart left Oliver Jarvis helpless and he fell down the field, behind Montoya's lapped title-winning Acura.

Jarvis eventually finished sixth behind the leading JDC-Miller Cadillac in fifth, while the stricken #5 AXR Cadillac was classified seventh ahead of the CORE autosport Nissan DPi on the team's final outing in the DPi class.

Neither of the two LMP2s were running at the finish, but the PR1/Mathiasen Motorsports Oreca of Dalton Kellett, Gabriel Aubry and Matt McMurry was credited with class victory.

James Calado did a brilliant job for Risi Competizione to edge away from Ryan Briscoe in the Ford GT in the closing stages, winning by 7.795s while Porsche took the title.

Calado, Alessandro Pier Guidi and Daniel Serra drove a near-spotless race, staying within range of the Fords when they were at their peak through the middle third of the race with Scott Dixon leading, before Pier Guidi pounced on Dixon's co-driver Richard Westbrook. 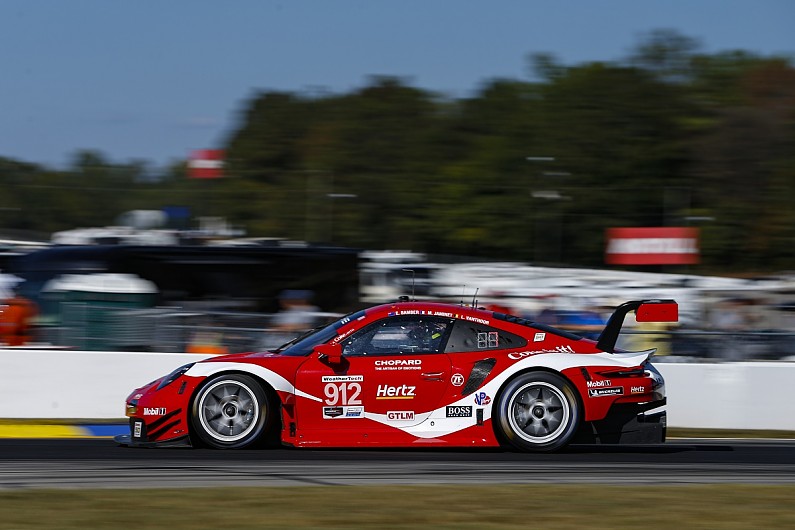 Porsche duo Bamber and Laurens Vanthoor won the GTLM title despite a muted run to fifth place for the #912 along with Mathieu Jaminet, having only needed to finish eighth to be sure of the title, ahead of the #911 driven by Nick Tandy, Patrick Pilet and Frederic Makowiecki.

There was last-lap drama in GT Daytona as Felipe Fraga in the Riley Motorsports Mercedes-AMG GT3 ran off the track and out of fuel while Bill Auberlen was on his decklid in the Turner Motorsports BMW M6 GT3 pushing for the lead. 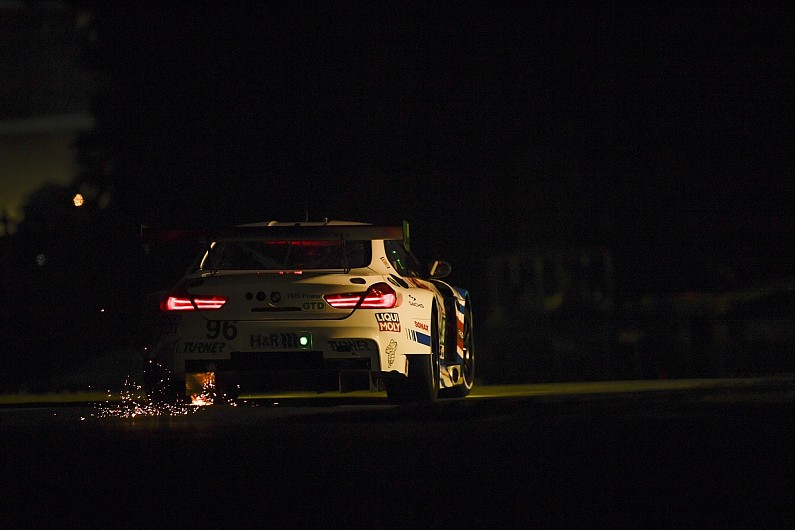