Christian Fittipaldi had put the AER Cadillac DPi, now powered by a 5.5-litre engine rather than the 6.2-litre unit used in 2017, fastest after 45 minutes when he knocked the Core Autosport ORECA of Colin Braun off top spot by 0.034 seconds.

Fittipaldi's team-mate Albuquerque later improved to a 1m37.196s, which left Braun 0.107s off the pace.

Renger van der Zande was third fastest in the Wayne Taylor Racing Cadillac, with Tristan Vautier fourth in the Spirit of Daytona example to give the American manufacturer three of the top four positions.

The Spirit of Daytona car, driven by Eddie Cheever III, briefly brought out the red flag with 20 minutes remaining when it stopped at Turn 6.

Nicolas Lapierre was the best of the Nissan DPis in ninth place, with Simon Pagenaud 11th fastest in the lead Penske Acura. 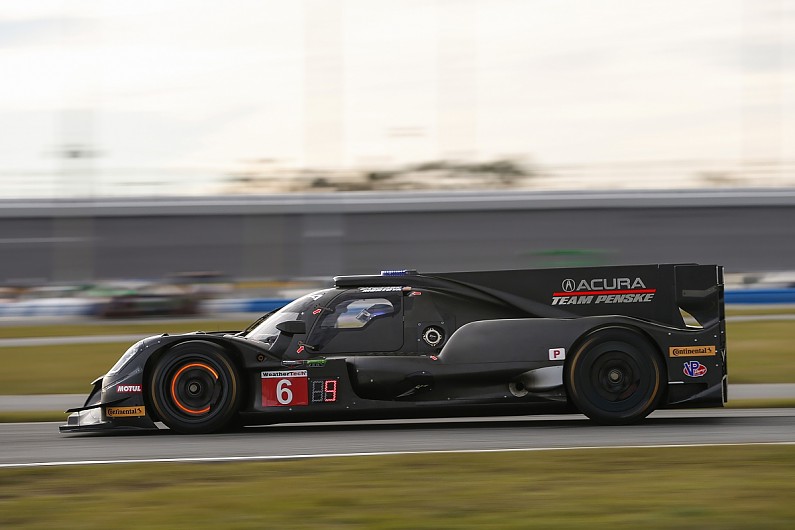 Fernando Alonso continued to acclimatise to Daytona in the #23 United Autosports Ligier LMP2, completing two eight-lap runs at the start of the session and improving his best time to a 1m38.602s.

This took Alonso's total for the day to 21 laps, having completed only five during the first session.

Team-mate Lando Norris then took over the car, improving to a 1m38.456s as the team ended up 13th.

Laurens Vanthoor's early time allowed him to lead a Porsche one-two in GTLM, setting a lap of 1m44.065s to beat Nick Tandy to first place.

In GTD, Franck Perera was fastest in the Grasser Lamborghini Huracan ahead of the Manthey Porsche 911 of Matteo Cairoli.

The 'Roar before the Rolex 24' test runs for three days, with the Daytona 24 Hours taking place on January 27-28.