Howard Donald, one of the three key members of pop band Take That will make his racing debut in the Celebrity Challenge Trophy at the Silverstone Classic on July 28-30

Alongside Gary Barlow and Mark Owen, Donald is one of the three enduring members of the Manchester pop group, which has produced 12 UK number one singles and seven best-selling albums.

The 49-year-old, originally from Lancashire, is a classic car fan and has several cars that he uses on track days.

But the Silverstone Classic weekend will mark Donald's race debut as he joins the grid of Austin A30s and A35s in an event for Prostate Cancer UK. 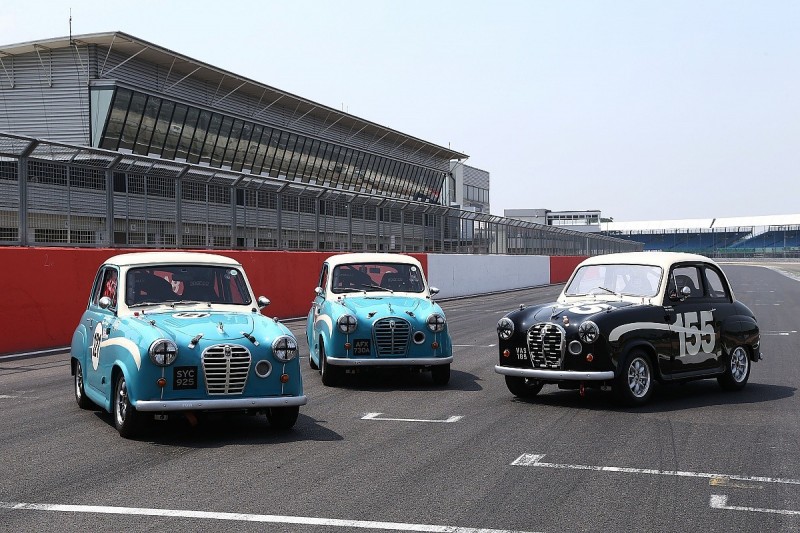 "I'm both nervous and excited - it's my first race and it's going to be great," he said.

"I have done a lot of track days in some of my cars and I have always asked myself the question 'why am I not racing?' And now I am!

"To be doing my first race at Silverstone is going to be absolutely amazing.

"I have done track days around the Grand Prix circuit but racing is a completely different kettle of fish.

"It's going to be exciting, especially in a car I have never driven before.

"I've been watching them on YouTube, they are just so cute.

"I am quite competitive but I know some of the others have more experience and will be quicker than me."

"Whatever my own result, it's going to be wonderful experience - and, as it's for a great charity, that's a double bonus for me."