After his retirement from competitive cycling, Hoy's affiliation with Nissan led to a season in British GT in 2014 and he went on to win the LMP3 class of the European Le Mans Series with Team LNT in a Ginetta P3-15 a year later.

The Briton will now enter the fledgling Masters Endurance Legends series for 1995 to '12 prototype and GT cars at the July 20-22 SIlverstone Classic event.

Hoy said: "I'm embarrassed to say that I've never been to the Classic until now. But I'm very excited as everyone keeps telling me I'll love every minute of it."

He will again compete in the LMP2 class, driving a Courage LC75 that was entered at Le Mans in 2007. 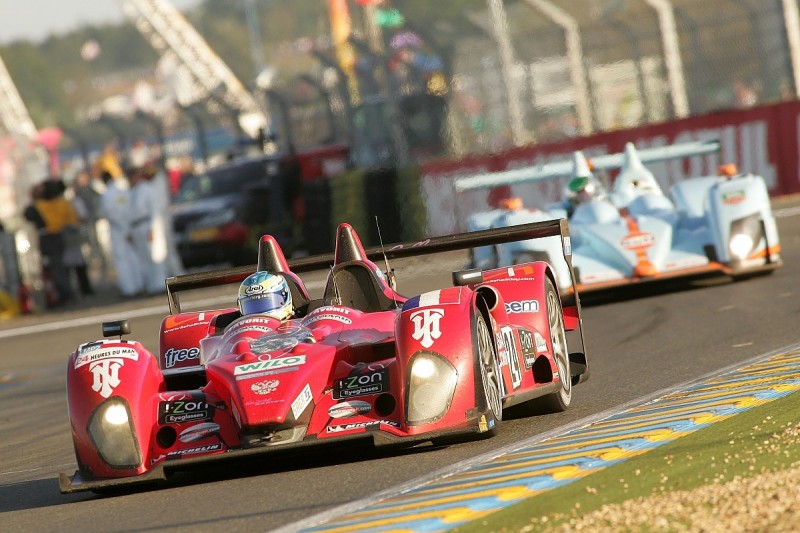 It was most notably raced by ex-Formula 1 driver Vitaly Petrov but failed to finish courtesy of gearbox issues.

"I was genuinely expecting to find myself in something like a Mini, which would have been fun, but this is a serious bit of kit - a proper race car with a bit of downforce," added Hoy. "It's just going to be fantastic.

"Being such a modern classic, the Courage is right at the top of the tree in terms of a car to experience at an historic event like this.

"It just looks amazing and, to be part of this new race series, as well as racing on the full Grand Prix circuit in front of the big crowds at the Silverstone Classic, will be incredible."

Although the entry list for the Silverstone Classic is yet to be released, the Endurance series' inaugural race at Spa last year was won by Le Mans podium finisher Nicolas Minassian in a Peugeot 908X.

A 2009 Lola-Aston Martin B09/60 also featured, with GT cars including a Ferrari 550 Maranello Le Mans GTS and a Dodge Viper GT2.